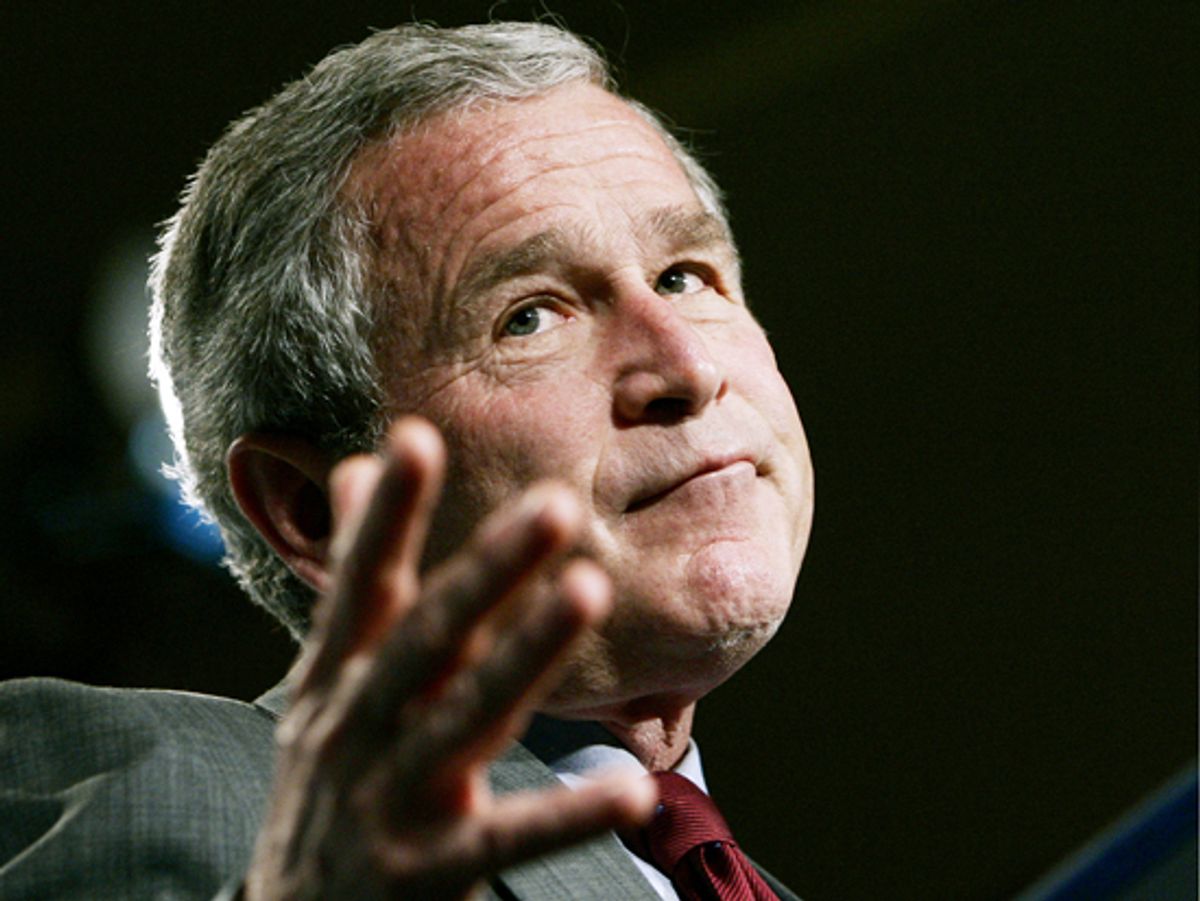 The New York Times, Washington Post, and Wall Street Journal all published stories this weekend summarizing the looming political battle over extending (or not extending) the Bush tax cuts, but even taken together, they don't add too much to the essential dynamic outlined here last week: Republicans are crazy, but Democrats might have a winning political hand, if they don't blow it, which they probably will.

Republicans want all the Bush tax cuts extended, on the rich and the middle class, basically forever. This would add another $2 trillion to the deficit over the next 10 years. I don't know what could possibly expose the utter hypocrisy of the Republican deficit hawk stance better than the simple math of that last sentence, but it seems fruitless to belabor the point. The general public doesn't seem to like the idea of big government spending, but they don't want entitlements cut, and they hate the prospect of higher taxes even more. If the American electorate is crazy, who am I to deny Republicans the right to pander to their insanity?

Some "moderate" Democrats express a slightly more defensible view, which is that the weak economy right now makes it  the wrong time to raise taxes even on those Americans who make more than $250,000 a year. Let's wait 18 months or two years before taking any action. Any good Keynesian could be expected to have sympathy for such views, since tax hikes are by definition anti-stimulus, but there's a big gaping hole in this political stance, too. If the economy is so weak that we're willing to entertain a vastly expanded deficit by extending tax cuts, then maybe we should consider some extra government spending right now, when it could do some real good, considering that the long-term impact of a short-term fiscal stimulus would be much less devastating down the road than extending all the Bush tax cuts indefinitely.

The Democratic game plan is to make extending the tax cuts a political gambit in the run-up to November. If Republicans attempt to filibuster an attempt to let the tax cuts for the wealthy expire while maintaining them for the middle class, it should be easy to paint the GOP into a corner. Maybe. But the worst-case scenario -- a political stalemate that runs through the election and afterward, with the result that taxes automatically rise on everyone on Dec. 31 -- does not seem all that unlikely.

With this happy prospect for the fall awaiting us, I strongly recommend everyone read Martin Wolf's latest blog post in the Financial Times, "The Political Genius of Supply-side Economics." Wolf is no radical -- I used to consider him a fairly conservative defender of basic free market principles -- but ever since the financial crisis he has steadily sharpened his criticism of the status quo, to the point that some of his readers are now accusing him of being a "European socialist." That's laughable, but even so, it's hard to imagine most socialists making a more trenchant critique of the Republican Party than Wolf.

A couple of excerpts:

My reading of contemporary Republican thinking is that there is no chance of any attempt to arrest adverse long-term fiscal trends should they return to power ... In practice, then, nothing will be done. Indeed, nothing may be done even if a genuine fiscal crisis were to emerge.

How's that for a Monday morning wakeup call? If Republicans regain power, they will undoubtedly push for more tax cuts, but won't balance them with spending cuts (since they never do), thus pushing government finances to the breaking point, and creating "the biggest financial crisis in world economic history." Awesome!

This is extraordinarily dangerous. The danger does not arise from the fiscal deficits of today, but the attitudes to fiscal policy, over the long run, of one of the two main parties. Those radical conservatives (a small minority, I hope) who want to destroy the credit of the U.S. federal government may succeed. If so, that would be the end of the U.S. era of global dominance. The destruction of fiscal credibility could be the outcome of the policies of the party that considers itself the most patriotic. In sum, a great deal of trouble lies ahead, for the U.S. and the world.

2010 Elections How The World Works Taxes