An early assessment finds no damage from the leaked documents, despite protests from the White House and Lieberman 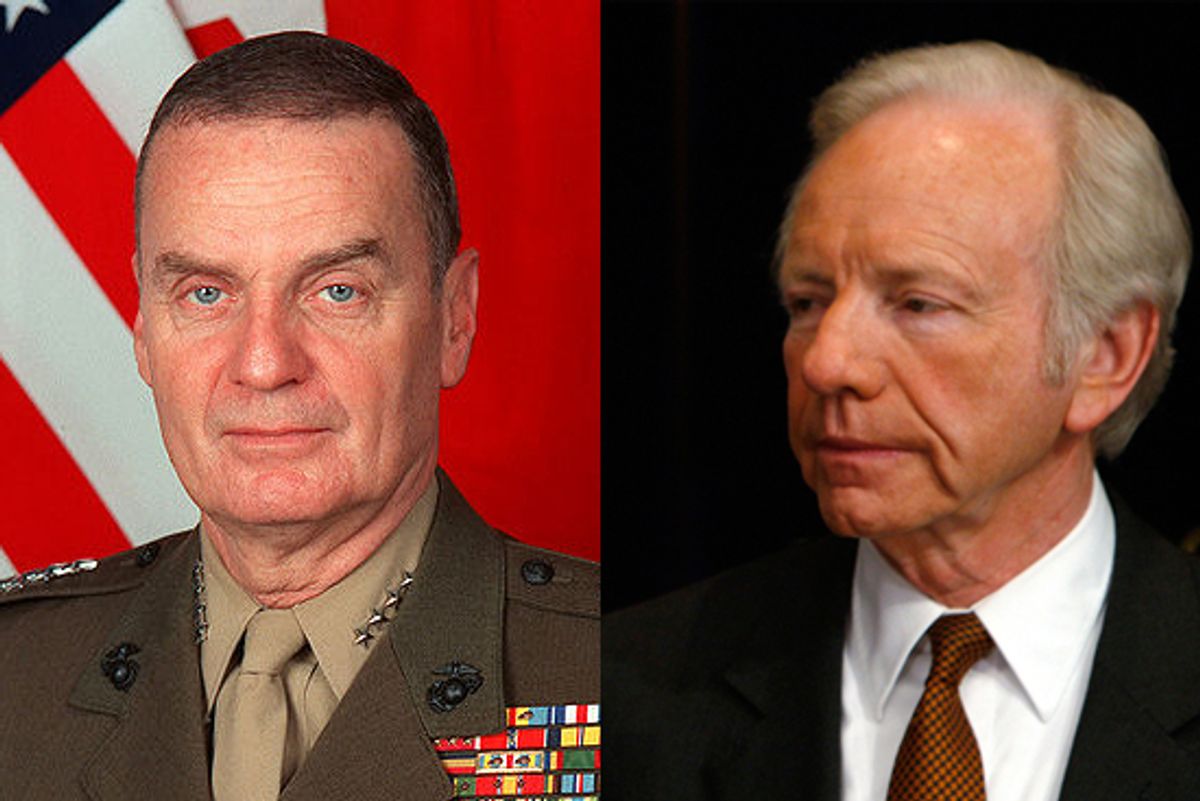 [UPDATED] The Pentagon is telling NBC's Michael Isikoff that a special assessment team looking over the WikiLeaks Afghanistan war logs has found nothing that could damage national security.

That preliminary assessment, from Deputy Assistant Secretary of Defense David Lapan, is strikingly at odds with the official line out of the White House, which immediately invoked "national security" to attack the WikiLeaks release Sunday.

Wrote National Security Advisor James Jones in a strongly worded statement to reporters Sunday: "The United States strongly condemns the disclosure of classified information by individuals and organizations which could put the lives of Americans and our partners at risk, and threaten our national security."

And Sen. Joe Lieberman naturally could not resist adding his voice to the chorus, calling the disclosure "profoundly irresponsible and harmful to our national security" and describing WikiLeaks' "ideologicial agenda" as "implacably hostile to our military and the most basic requirements of our national security."

We've put in a request with the White House to see if it agrees with the Pentagon's preliminary assessment, and we'll let you know if we hear back.

UPDATE: White House spokesman Tommy Vietor points to this Reuters article in which the same DOD official, Lapan, says the full review of the leak could take "days if not weeks." Still, no one in the White House (that we've seen) has pointed to any specific revelation from the WikiLeaks trove that harms national security.