As Amanda Bynes returns from career cancellation, we salute others who just couldn't stay out of the spotlight 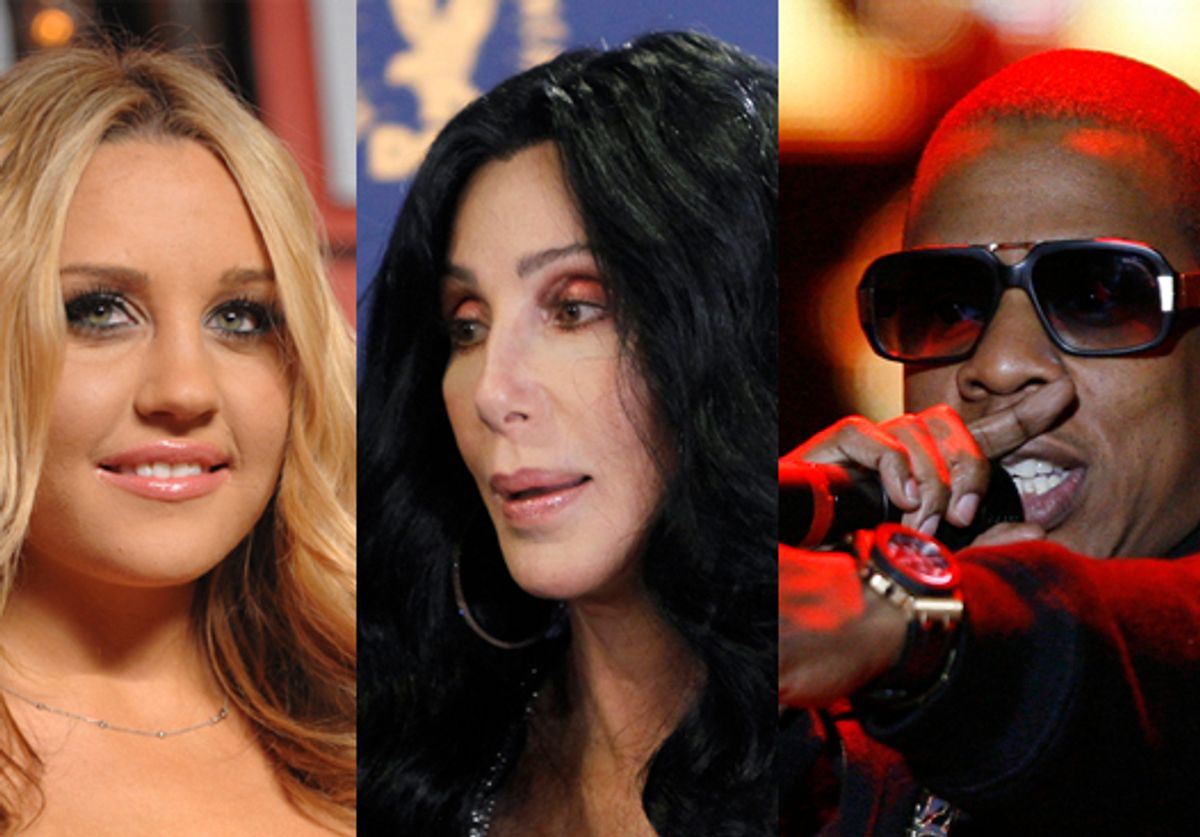 Breathe a sigh of relief: After telling the world a month ago -- via Twitter, natch -- "I know 24 is a young age to retire but you heard it here first I've #retired," Amanda Bynes has decided to return to acting. On Friday, five grueling weeks into self-imposed exile and two months before her new movie, "Easy A," comes out, she tweeted her reconsideration of the whole affair, saying, "I've unretired."

As you let the good news sink in, possibly while IMDBing who Amanda Bynes actually is, we'd like to pay tribute to those other public figures who tried to walk away, but realized they just couldn't quit us.

After losing the 1962 California governor's race to Pat Brown, the most famous backpedaler in American history held his "last press conference," seething to reporters: "Just think how much you're going to be missing. You don't have Nixon to kick around anymore." The man who set the bar for not knowing when to pack it in when he was ahead would six years later become president of the United States, and we all know how well that worked out for him. The Watergate scandal led to his resigning in disgrace in 1974, but not before giving us a few more eminently quotable press conferences.

You don't get to be in the biz as long as Cher has without taking a few breathers along the way. The diva has gone away and come back more times than a persistent case of pinkeye -- and even called her 2002 tour "Farewell." You didn't ever really belieeeeeeeve that, though, did you? She's currently on an extended run at Caesars Palace in Vegas and has her first movie in years, "Burlesque," coming out this fall. When the earth is a smoking piece of ash, Cher will stand atop it, flipping her wig in victory over all of us.

On March 4, 2008, he gave the kind of emotional going-away speech that men's tear ducts were built for. "It's been a great career for me, and it's over," he admitted. By July, he was saying he was "guilty of retiring early" and applying for reinstatement in the NFL. In 2009, playing for the Vikings, he became the first quarterback over 40 to win a playoff game. And with days to go before 2010 training camp starts, coach Brad Childress told reporters last week that "I don't know if he's going to play, and I don't know if he knows if he's going to play."

In 2008, after making "Two Lovers" with Gwyneth Paltrow, he groggily told reporters: "This is my last performance, I've done it. I'm not kidding." And then he insisted he was turning to, uh, music. Was it the truth, or a bit of James Franco-esque performance art? The jury is still out, but the aspiring rapper plays himself in the upcoming, appropriately titled "I'm Still Here."

In 2000, on the eve of being honored as the first solo artist to sell 100 million units, the country superstar decided he'd roped his share of wind for one lifetime and put his career on indefinite hiatus. By mid-decade, however, he was dribbling out new material and doing occasional concert performances. He officially unretired in 2009, and is currently gearing up for the latest "Garth Comes Out of Retirement" series of performances in Las Vegas in the fall. As the father of three explained at his comeback press conference, "My life is not going to change -- except that I’m going to get to play music."

In 1971, as those damn hippie pinkos were taking over the music industry, Hoboken's favorite son announced he was leaving the biz during a Hollywood concert. In 1973, at age 57, he released the says-it-all album "Ol' Blue Eyes Is Back" and aired a comeback television special of the same name. And nine years after his alleged retirement, he recorded his iconic version of "New York, New York," assuring that Rangers games and tri-state area weddings would forevermore bear his indelible stamp. He did it his way.

He boasts, "I'm the new Sinatra" -- and he's certainly got the Chairman of the Board's flair for big exits and big Big Apple comebacks. In 2003, the artist sometimes known as Shawn Carter announced his departure from recording, and threw a "historic," star-riddled farewell concert at Madison Square Garden.  The newly minted man of leisure then almost immediately began a variety of side projects and collaborations, collecting a Grammy for his Linkin Park mashup "Numb/Encore." In 2006, the workaholic officially ended what he dubbed "the worst retirement in history" -- and last year gave us "Empire State of Mind," an anthemic homage to Gotham to sit right next to Sinatra's.

He dropped out of the 1996 Tour de France, understandably, in the midst of his very public battle with testicular cancer. He then went on to win it seven consecutive times, effectively kicking puny terms like "cancer" and "retirement" to the curb. At the top of his game, he declared the 2005 Tour his "farewell." He came back to finish third in the 2009 competition. On Sunday, in the midst of a federal doping investigation, he placed 23rd. And as he smiled for reporters he said, "No regrets."  Is this his final spin? Maybe, but never put money on people staying away from the thing they love forever.