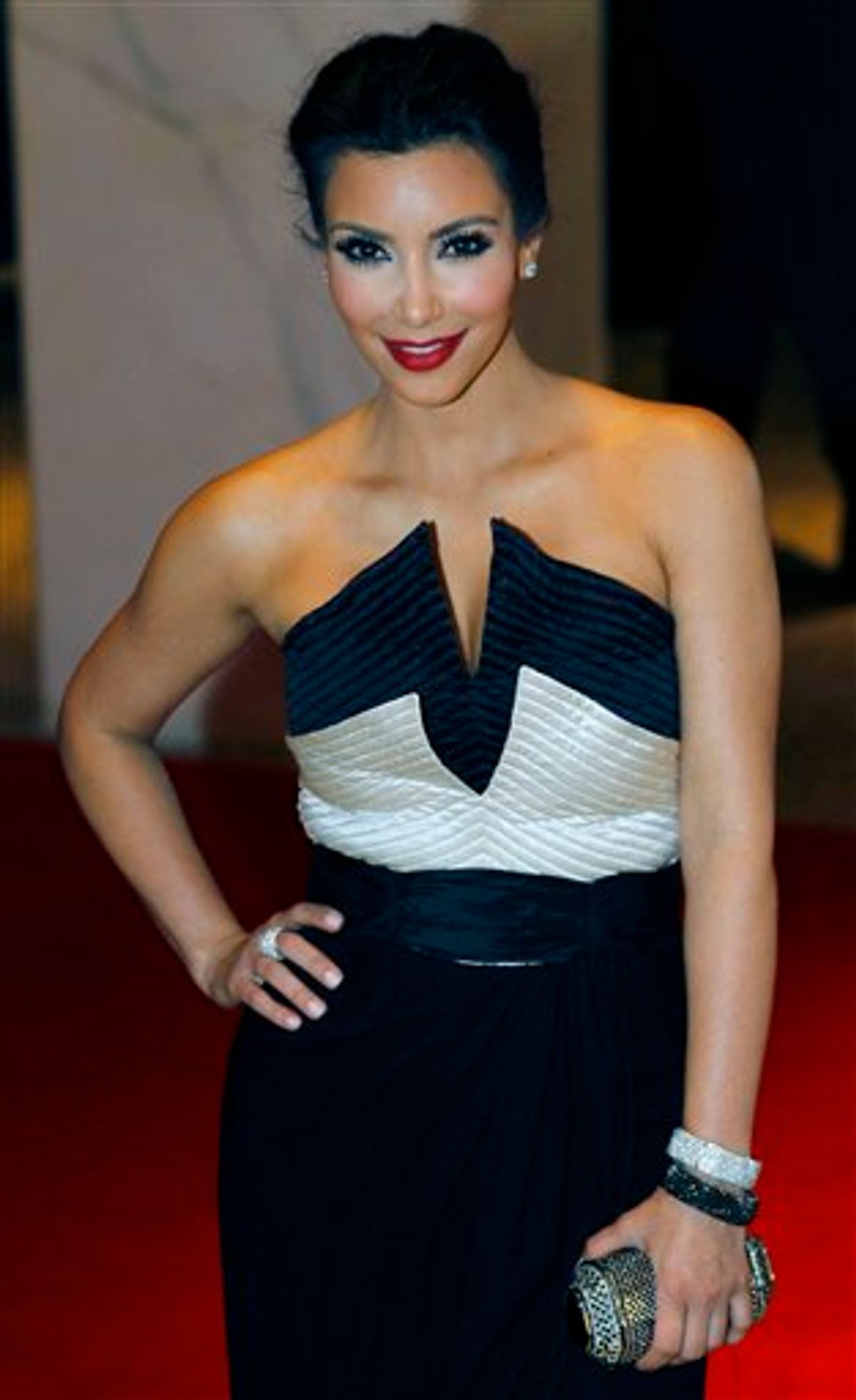 Kim Kardashian is famous for her gorgeous face and curvy body, and it's no surprise that she's the envy of many women -- but the 29-year-old reality star draws the line when fans go under the knife to replicate her looks.

A woman recently said on Twitter, "I'm getting head 2 toe plastic surgery nxt week 2 look like @kimkardashian so my husband won't leave me. He worships her."

Kardashian quickly reponded with an attempt to dissuade the distraught fan.  "NO," Kardashian said emphatically on her Twitter account.  "Pls dont. Ur husband should love u 4 who u are! Don't try 2 b someone else. Im sure u are beautiful inside &out! Just as u are."

It is yet to be seen if the fan will heed Kardashian's advice.  Let's all hope she does.

But Kardashian has her own insecurities -- particularly her nose.  In an interview with ABC's Cynthia McFadden, Kardashian said she always wanted to get her nose done, but balked after seeing in rendered images how different she would look.  That's not to say she's against plastic surgery.  Kardashian -- who has been accused of having several operations, from boob to butt jobs -- admits to using Botox but says that she otherwise hasn't had plastic surgery.