Sleeping apart: A threat to marriage?

A writer urges an end to the supposedly troubling trend. Here's another idea: Stay out of other people's bedrooms 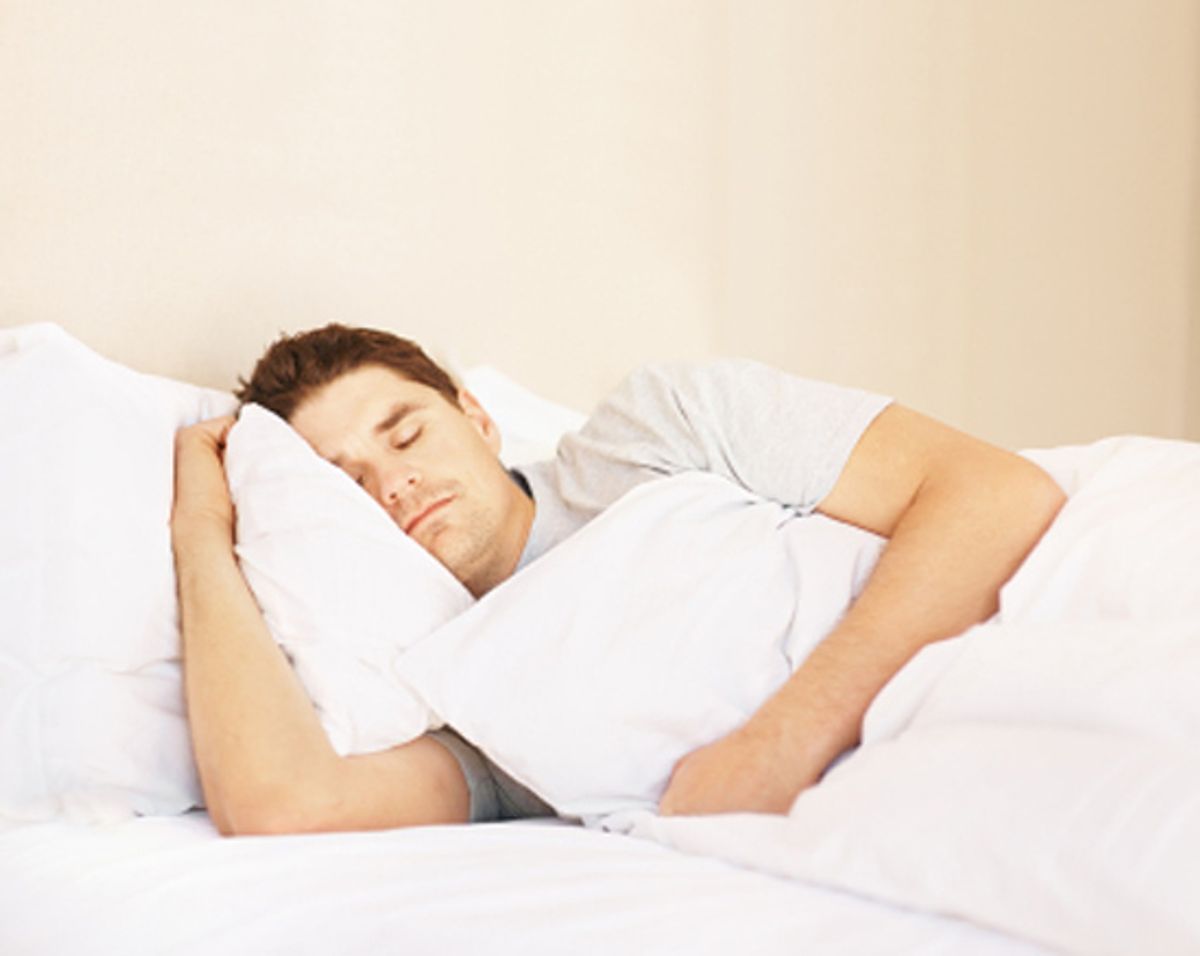 The sanctity of marriage is once again under attack. This time, though, the enemy isn't the gays or pornography or hyphenated last names, but couples who sleep in separate beds. In the New York Times, Bruce Feiler reports that "the marital bed, once the symbol of American matrimony on a par with the diamond ring, the tiered wedding cake and his-and-hers martinis, is threatened with extinction. 'Till Death Do Us Part' is fast becoming 'Till Sleep Do Us Part.'"

The dubious basis Feiler gives for this supposed trend: "Nearly one in four American couples sleep in separate bedrooms or beds, the National Sleep Foundation reported in a 2005 survey. Recent studies in England and Japan have found similar results. And the National Association of Home Builders says it expects 60 percent of custom homes to have dual master bedrooms by 2015." Also: Some famous people are doing it, so it counts.

Let's set aside questions about just how legitimate the trend is -- and what the age breakdown is and what the stats are on the particular reasons why couples are sleeping apart -- in the interest of addressing a larger philosophical issue: his assumption that sleeping apart is necessarily bad news for the institution of marriage, and that sleeping together is necessarily good news. He does provide some support for his pro-co-sleeping argument (it's convenient if your partner happens to have a medical emergency, ladies "feel safer from intruders when sleeping with another person," and -- and! -- it might mean more sex) but I'm unconvinced.

Full disclosure: My parents have had separate rooms for the entirety of their absurdly happy 35-year marriage. Sometimes they sleep in the same bed, sometimes they don't. Over those many years, there have been plenty of interruptions to co-sleeping: a cuddle-hungry baby (that grew into a cuddle-hungry child), snoring, hot flashes and the simple desire for a little personal space. But they've never seen sleeping in the same bed as a symbol of the state of their relationship, and it has rarely reflected anything about their friendship, emotional intimacy or sex life. All their sleeping apart reflected was a dedication to each other, and what worked for them, not to some perceived norm.

So, from my admittedly biased perspective, it seems appropriate that Feiler compares the marital bed to the diamond ring. We have plenty of superficial symbols of marital dedication and health (see also: bazillion-dollar blowout weddings and the unflagging hype around Valentine's Day). Forgive me, but as much as people are taken by these rituals of commitment, they don't seem to be doing much for the integrity of the institution. Sleeping apart doesn't guarantee marital health any more than sleeping together does; and I somehow doubt that a high carat-count prevents divorce any better than no carat-count.

I wouldn't advocate sleeping apart any sooner than I would argue for always sleeping together. I'm just saying that if you hew to cultural guidelines in which you don't actually believe, or put too much faith in the power of those norms, you're setting yourself up for failure. Instead of declaring a "War on Bed Divorce,” as Feiler cheekily proposes, I'd suggest a "War on Trying to Police Other People's Bedrooms."