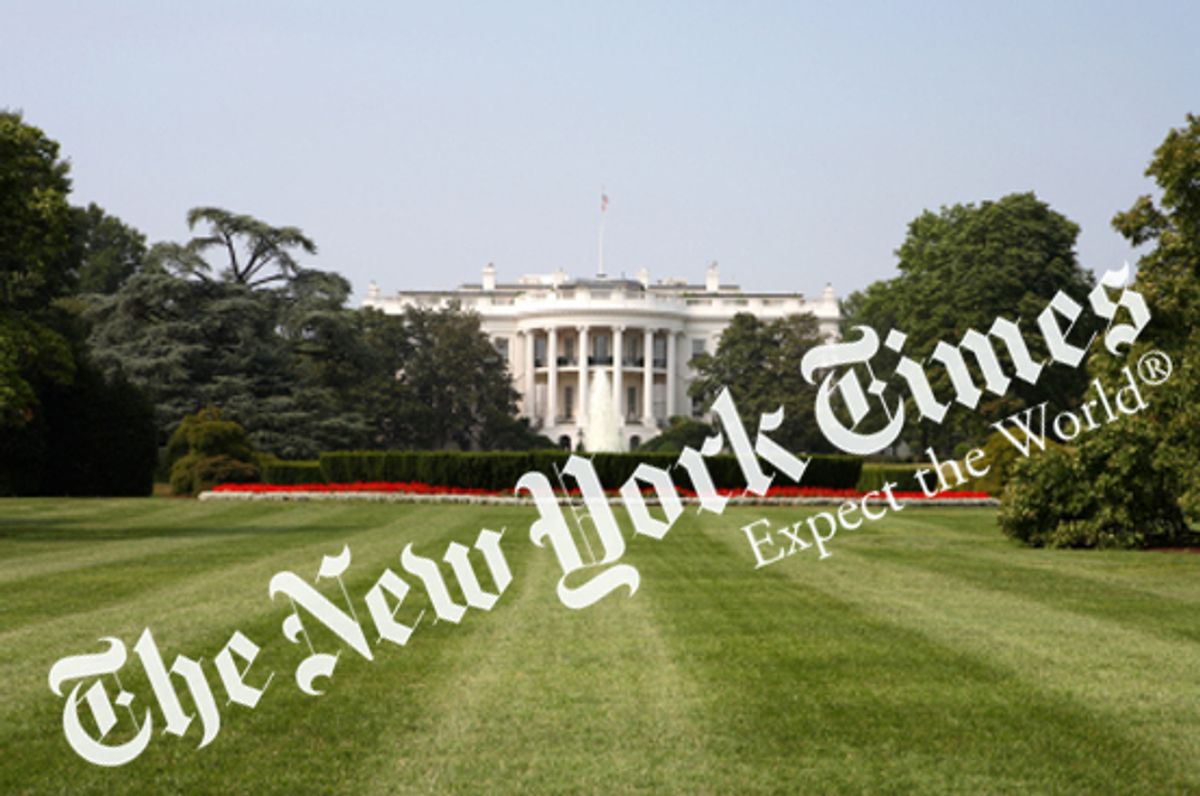 The White House was very upset with WikiLeaks for its decision to publish thousands of pages of classified reports and documents describing our mission in Afghanistan. But according to Yahoo's Michael Calderone, it was very pleased with how the New York Times dealt with its semi-exclusive access to the documents.

Times Washington bureau chief Dean Baquet took reporters Mark Mazzetti and Eric Schmitt to the White House last week to brief the administration on what they planned on publishing. And they all got gold stars.

“I did in fact go the White House and lay out for them what we had,” Baquet said. “We did it to give them the opportunity to comment and react. They did. They also praised us for the way we handled it, for giving them a chance to discuss it, and for handling the information with care. And for being responsible.”

The Times redacted some information in the name of "national security" and protecting the safety of individual soldiers, but the White House doesn't seem to have told the Times that publishing stories based on these documents would in any real way harm our troops.

So, uh ... why was all of this information classified and top secret? If it's old news, and it just confirms what "everyone" already knows, what was the rationale for keeping it classified and calling WikiLeaks all sorts of mean names for publishing it?