There may be no more explosive allegation than child sexual abuse. How do you fight it if you're innocent? 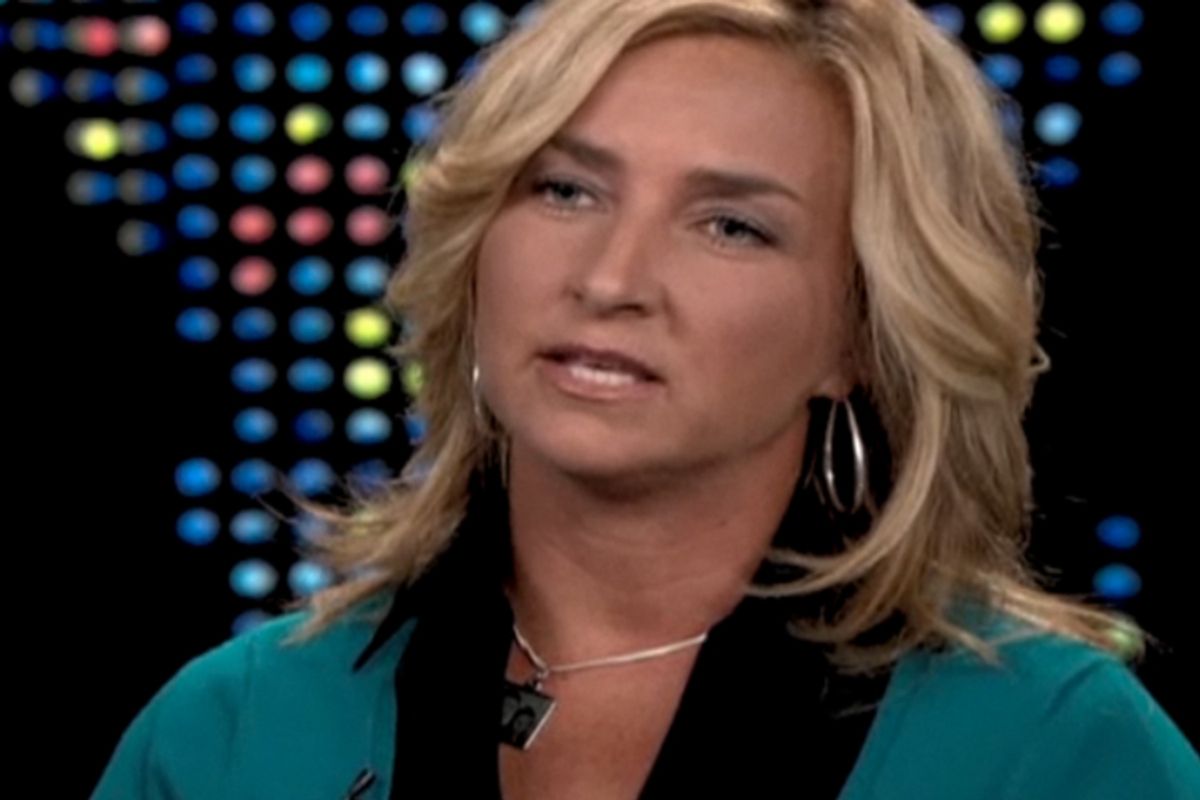 When Michigan psychologist Demosthenes Lorandos first met former kindergarten teacher Tonya Renee Craft, he was brutally frank about her chances of beating the 22 counts of child abuse and molestation brought against her by a Georgia prosecutor.

"I told her that she was a dead woman," he recalled. "That things were over for her, that she was going to lose."

According to prosecutors, Craft had molested or assaulted three little girls, including her now-eight-year-old daughter, over a period of years, in the small town of Chickamauga, Ga., where Craft had been working as a kindergarten teacher at the local elementary school since 2005. The proof of that, they said during court proceedings, was that the children had separately complained to adults that Craft had abused them.

"The actual truth can be cruel," Catoosa County Assistant District Attorney Len Gregor had argued at the opening of Craft’s trial. "[You] may not want to believe that ... someone that works as a teacher could do such awful things to children."

As it turned out, the jury didn’t believe it. On May 11, two years after Lorandos agreed to take Craft’s case, a jury acquitted her of all charges.

Nevertheless, Lorandos, a veteran psychologist who became a lawyer in the 1990s, believes his initial assessment of Craft’s chances was right on the mark. As he had explained to her when she showed up in his office in the summer of 2008, the presumption of innocence goes out the window the moment a person is accused of sexual misconduct.

"These are the hardest cases to win, because people basically stop listening as soon as the indictment is read, and it’s very difficult to speak to their hearts and to get them to pause, and listen," recalls Lorandos, who has emerged as a leading defender of parents and teachers who say they are (and who he believes are) wrongly accused of the sexual abuse or molestation of children in their care.

Lorandos believes he won the case because his team was able to poke enough holes in the prosecutor’s evidence to establish reasonable doubt about the children’s allegations. But Craft’s story and her subsequent absolution raises some disturbing questions. In an era when alleged sexual abuse of young children by authority figures ranging from teachers to priests is once again headline news, what protection exists for those who are falsely accused? And how often are parents and educators falsely accused?

Disproving these kinds of charges can be tricky because prosecutors will often charge parents (in particular) with abuse that allegedly stretches over a long period of time. Craft had been accused of fondling her daughter for nearly six years, almost all of her young life. The length of time involved makes it difficult, if not impossible, to provide effective alibis or to provide other evidence that no wrongdoing took place.

"In a murder you have a pinpoint date, but how do you prove where you were [over a period of years]?" says Scott King, another of Craft's attorneys — or, for that matter, he notes, what you did or didn't do over several years’ time?

The case arose out of what appeared to be innocent play among children. According to Lorandos, her daughter and a friend were "doing what little kids do: You show me yours and I'll show you mine," while playing at the home of Craft's daughter's friend. It was a game that, speaking as a psychologist, he pointed out is almost always developmentally normal for young kids. But it shocked the other little girl's mother who came upon the two. In a burst of anger, she beat her child, Lorandos said, and then went to authorities, reasoning that little kids who have not been previously molested simply don't do such things.

That set Craft on a collision course with the justice system. She was ultimately accused of more abusive behavior with her daughter and two other little girls at her home. When social workers and police interviewed the children, they appeared to confirm the allegations of abuse — even though there was no physical evidence to corroborate them.

Craft insisted she was innocent, but it wasn't long before the charges against her kicked up a national media storm. Her life began to fall apart. She lost custody of her two young children — her daughter, now 8, and son, now 11 — and she was fired from her teaching job. To help control her emotions, Craft told CNN’s Larry King in June, a month after her acquittal, she began researching other situations similar to hers. She discovered Lorandos after reading an article written by him about the suggestive interviewing of children.

Despite numerous attempts to contact Craft for this story — including calls made to relatives in Tennessee, and communications with two of her attorneys — she did not respond. However, according to Lorandos and other lawyers interviewed for this article, Craft's story is not unique.

Teachers and parents are at risk of being falsely accused of improper conduct with children, in part because of the way other adults handle interviews with the kids. Most people of reasonable intelligence accused of this type of crime "are scared to death," says Scott Brown, one of several Texas lawyers who in 2007 defended former Fort Worth, Texas, first-grade teacher Jose David Soliz on charges that he had molested several of his female students.

"They think, 'Every time I read about a case like this in the paper I assumed it was true.' But now it’s not true anymore."

Soliz was eventually acquitted. But often, in cases involving sex abuse of children, the concept of "innocent until proven guilty can go out the window," Brown, like Lorandos, believes.

So how common are cases like the ones that embroiled Craft and Soliz? How often are teachers accused of sexual misconduct — and how many of such accusations are, in fact, true?

There is a dearth of research about the prevalence of educator sexual misconduct, and even less information about how many allegations of abuse are false.

With repeated questioning over time, children’s stories can begin to reflect what adults are thinking and not necessarily what happened. Ultimately, Craft's defense team showed that Craft had been the victim of overzealous interviewing of children. Lorandos believes that the number of cases against teachers and parents has increased in large part because social workers and law enforcement personnel are poorly trained in forensic interviewing and, wittingly or unwittingly, influence a child's story.

In Craft's case, says King, the questioning of the three girls by parents and later by law enforcement and social workers was marred by leading questions from the adults, who seemed to ignore what the children were telling them.

In one instance, King recalled recently, one of the young children was asked by the case's lead detective whether she'd seen Craft touch "any other children." When the child answered no, King said the detective simply pushed forward, asking, "When you saw this, what exactly did you see happen?"

Not everyone agrees. Some specialists say that that the number of educator abuse cases is probably larger than we know, and that the majority of accusations made by children are likely, and unfortunately, true. But since there is little available data to back up either point of view, the question remains unresolved.

In fact, most of what we know about this issue comes from media reports.

A seven-month investigation by the Associated Press in 2007 found 2,750 educators whose teaching credentials had been "revoked, denied, surrendered or sanctioned" from 2001 to 2005 following allegations of sexual misconduct with students. And an investigation by the Pittsburgh Post-Gazette in 1999 examined 727 cases across the country where an educator lost a teaching license during the previous five years. The paper found that reports of teachers losing their licenses due to such allegations had increased 80 percent since 1994.

The few studies that have been done lead to ambiguous conclusions. In 2004, Virginia Commonwealth University professor Charol Shakeshaft published the first study on sexual misconduct by educators ever commissioned by the federal Department of Education. Shakeshaft's research, involving "field surveys" of 2,063 public school students in the eighth through 11th grades, showed that roughly 7 percent of all students (of approximately 3.5 million nationwide) reported "physical sexual misconduct by a school employee," she said during a recent interview with The Crime Report.

Of those who say they experienced misconduct, about 9 percent reported the abuse to school authorities, she said. "So with 91 percent we don't even know what happened."

The data leads Shakeshaft to be skeptical of Lorandos’ claim that false accusations have produced a rise in such cases. Pointing out that sexual misconduct by educators has historically been "underreported," she believes that press coverage focusing attention on such abuses has encourage others to step forward for the first time.

Shakeshaft also notes that her survey was designed to avoid the kind of leading questions that concern Lorandos and others. "Students [didn’t] start out thinking that they are answering questions about teachers," she said.

While she concedes that researchers still "know only a little" about the prevalence of false accusations, she says that there are fewer such accusations than even she had suspected. Moreover, she argues, the likelihood of false reports is reduced because many students are often ashamed of reporting what happened in the first place.

In part, that's because jurors expect hard physical evidence, like DNA, but abuse cases involving children often don't involve physical evidence. That is in part, she said, because a child's "outcry [of abuse] is often really delayed" — especially in cases that involve parents or other relatives.

Lorandos remains unconvinced. He suspects that a large number of teachers and parents now in jail pleaded guilty to charges even though they were innocent. "Ninety percent of these cases are 'bleed 'em and plead 'em,'" he said. And clients take the plea as a way to avoid life in prison, he said. "They are the hardest cases, definitely [to defend]. The prosecution has the highest conviction record [in this area]," he contends. "All they have to do is file the charges, and 95 percent of the work is done."

Craft's attorney, King, and Fort Worth defense attorney Brown agree that the nature of the charges scare many defendants into pleading their cases before going to trial. Former prosecutor Montford agrees that a large number of defendants plead in these kinds of cases. Pleading before trial gives defendants an opportunity to bargain for a lesser charge and to avoid having to register for life as a sex offender, she says. Still, there is no national repository of information to confirm these anecdotal reports.

The not-guilty verdict in Craft’s case didn’t end her struggle to redeem herself, she told Larry King.

She’s still fighting to regain custody of her children and believes she should have her teaching certificate reinstated. Nearly two weeks after her acquittal, on May 24, she filed a federal civil rights lawsuit against defendants whose actions she believes led to her wrongful prosecution. The list includes the parents of her young accusers, the Catoosa County, Ga., Sheriff's Department and the Children's Advocacy Center of the Lookout Mountain Judicial Circuit, where her accusers were interviewed multiple times and, she argues, improperly.

Ultimately, King said, Craft is hoping the federal courts will help put a stop to these kinds of cases from happening in the future.

That may be an uphill battle. As Craft told Larry King in mid-June, "Not guilty is the beginning of the fight."