The WikiLeaks war logs change everything 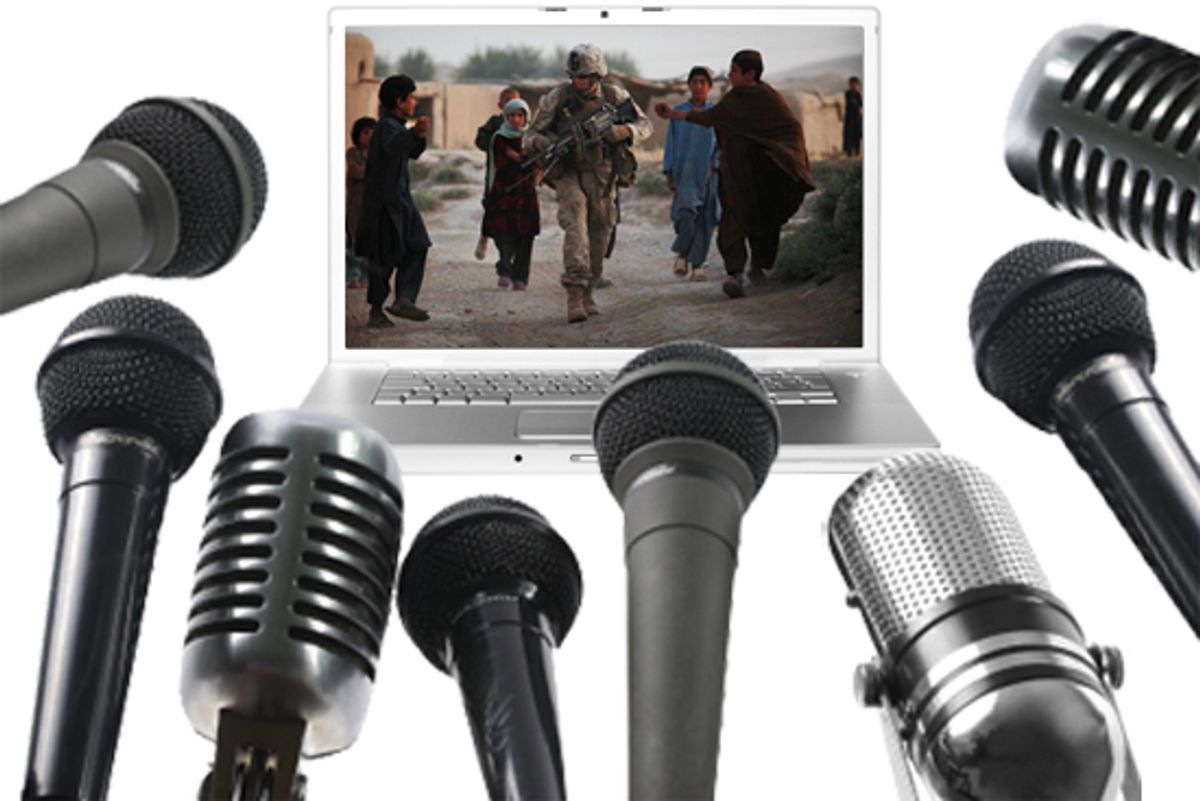 Inset: A U.S. Marine is surrounded Friday by Afghan locals during an operation to clear the area of insurgents near Musa Qaleh, in southern Afghanistan.
--

It's hard to escape the sense that we've hit one of those historical pivot points in the wake of  WikiLeaks' release of the Afghanistan war document trove. ﻿The conduct of politics, war and media -- so intertwined these days -- has changed irrevocably.

A few points seem clear (I plan to revise this as new information becomes available):

First: Daniel Ellsberg said today this is comparable to the Pentagon Papers, which he leaked to the New York Times and others back in the 1970s. I'm old enough to remember that event, and it was a pivotal moment in its own right. (The Atlantic's Jim Fallows has valuable perspective on the larger meaning of both leaks, as well as their similarities in key ways, as they applied to American policy and war aims.)

If he was contemplating the same decision today, Ellsberg said in April, he'd just scan the documents and put them online. But just posting documents isn't enough. While media are becoming democratized, there's still the matter of getting people's attention beyond a small circle of those who care deeply about any given topic. You want the biggest bang for the buck, you still take your story to the media organizations that will give your story a ride.

So the fact that WikiLeaks'' Julian Assange gave an early look at the documents to three selected organizations -- the New York Times, the Guardian and Der Spiegel -- is proof of his incredible savvy at how traditional media actually operate. In a recent New Yorker profile, he lamented the general uninterest he perceived among journalists when it came to huge stories. ﻿When everybody has the story, he realized, they don't care much about it.

When a few selected journalists at major institutions get it first, that's how you create buzz. This says more about journalists' competitive instincts and their Pavlovian response to "exclusives" than it does about their willingness to actually do their jobs for their audiences.

Second: WikiLeaks' roles -- intermediary, publisher, P.R. agent and more -- is not utterly unprecedented, but the size and importance of this story takes the shifting changes in media to new levels. (Do read Jay Rosen's smart instant analysis on all of this.) What do we make of such a "stateless news organization," as Jay elegantly puts it, which works so hard to subvert so many media assumptions of the past?

Even though the New York Times took huge care in what it printed, and kept some of the material out of its own reports at the request of the Obama administration, a newspaper's redaction is not very important if WikiLeaks puts out everything on its own.

That's a big "if" -- because WikiLeaks hasn't put everything out. On its War Diary front page, here's this item:

﻿We have delayed the release of some 15,000 reports from total archive as part of a harm minimization process demanded by our source. After further review, these reports will be released, with occasional redactions, and eventually, in full, as the security situation in Afghanistan permits.

We've become accustomed to seeing traditional news organizations delay publication or broadcasts at the request of governments. The New York Times, you'll recall, held off for more than a year when it came to telling the American people about the Bush administration's illegal surveillance of our communications -- a decision made in what the paper considered journalistic good faith but which to many of us was an outright betrayal of the craft.

Journalists also do what sources demand, if that's what it takes to get stories. This is why so many articles have so many unnamed sources.

In this instance, WikiLeaks is holding back, at least temporarily, to keep its source happy. You and I can't judge whether this is really about minimizing harm or something else. We have to take WikiLeaks at its word, for now. One reason we may be more inclined to do so is the promise that these new documents will be released in full at some point.

Third: A week ago -- seems longer, doesn't it? -- the Washington Post ran a superb series of articles on how America's national-security state is emerging from the 9/11 paranoia, a "Top Secret America" that is at once terrifying and expected given the public's twitchy fears and politicians' eagerness to cater to our worst instincts. We learned that almost 900,000 people holding "top-secret" clearance are part of an apparatus that almost certainly spies on everything and everyone it can identify as even remotely, potentially, possibly suspicious -- with no real oversight.

(This helps explain the White House's panicky response to the WikiLeaks war documents, including the spectacle of administration officials complaining that Assange is antiwar and therefore must not be trusted. What if he is? The documents speak for themselves. Or do they? It's an impressive number, 90,000 documents with the promise of 15,000 more, but do they provide full context? We don't know. I'll discuss this in an update later.)

﻿Whatever our keepers of intelligence secrets do know, and whatever abuses they've done to our civil liberties to learn them, they must feel less sure today about keeping it all contained. When that many people have access to information, however compartmentalized their bosses may think they've made the system, some of it will get out, which leads to something else we should worry about.

Fourth: The WikiLeaks war diary will absolutely spur our powerful institutions to look for increasingly draconian ways to clamp down on how we share information. What WikiLeaks represents is what governments and corporations fear: a threat to their cultures of secrecy and dominance in their domains.

Look for Washington and our corporate media to call for new laws to stop this kind of thing. Politicians and bureaucrats who don't trust us to know what's really going on -- they are legion in both major parties -- have allies among the traditional media and the entertainment industry that would gain enormously if the Internet were to be turned into a slightly more interactive version of 20th century print and broadcast media.

If you think the rich and powerful people who run governments and corporate media aren't working every day to turn back the clock on information they can't control, you're not paying attention.﻿ WikiLeaks may well have given them new ammunition for pushing the harshest kinds of restrictions. Do we want to be like Saudi Arabia and China? We may find out one of these days, sooner rather than later.

Finally, this: I have donated money to WikiLeaks in the past. I plan to donate in the future. ﻿What Assange and his team are doing is an inevitable result of what technology has brought us in democratizing our media. Some of what they do troubles me. But the bottom line seems to be this: They are performing a public service.