It took a cruise ship and a fancy waiter to get my girls to enjoy cold soups. Now they can't stop eating them 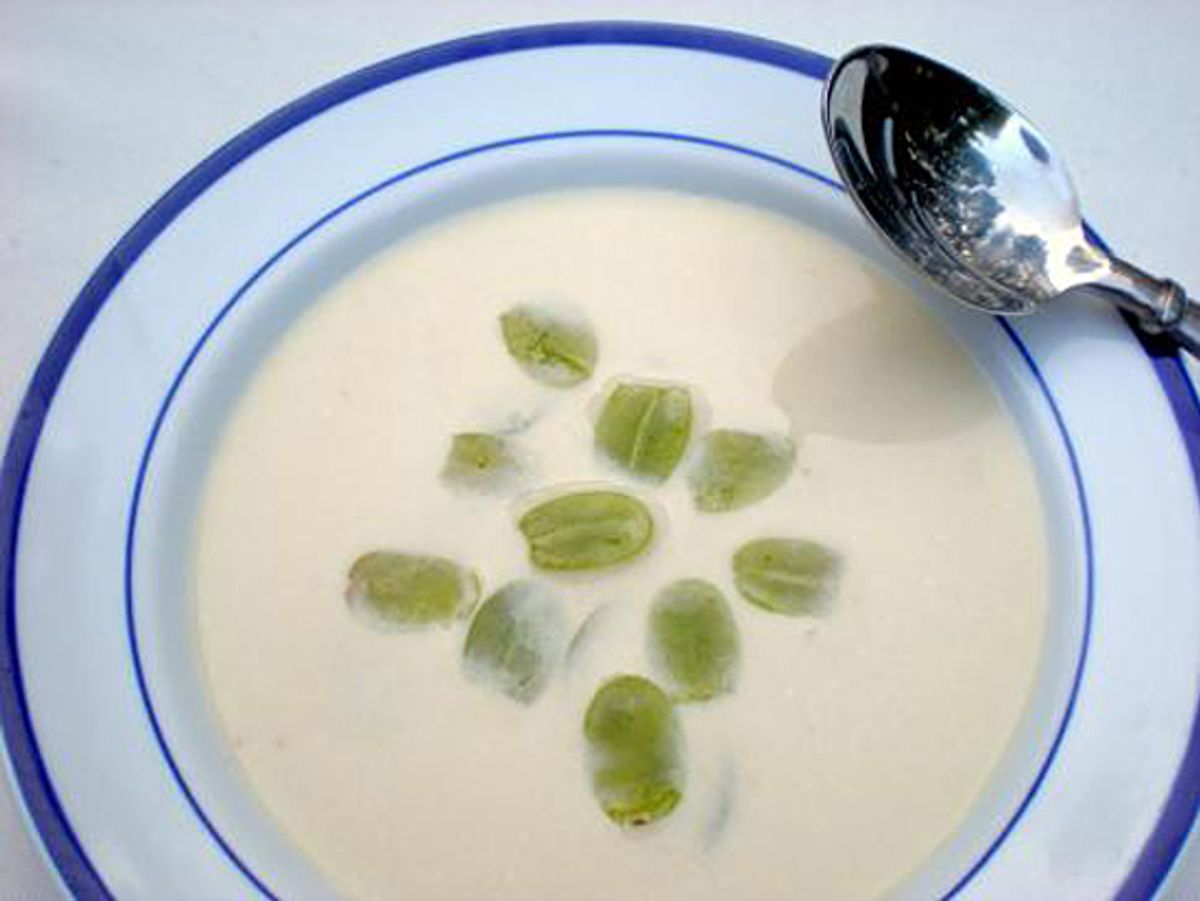 Because my girls, ages 4 and 11, drive me crazy while we’re packing for a vacation, my husband and I have learned to pack on the sly and not reveal any plans until we are in the car. We tried this first a couple of years ago for a trip to Disney World. We had crossed the Georgia-Florida line before they figured out where we were headed. I got away with the deceit again this year, with the girls having no idea we were leaving until the Saturday morning in June when we woke them up at 5 a.m., told them to get dressed and grab their loveys and blankies and pillows. We pointed the loaded-up minivan east on I-20 and evaded all questions regarding "where are we going?" and "when are we going to be there?"

When the signs outside of Columbia, S.C., started mentioning Charleston, my older daughter, Laura, dialed a clue. "Charleston, yay! I want to go to the beach!" My husband and I exchanged glances, but didn't reveal the true vacation plans. Once in Charleston, we parked the minivan and ate at our favorite hometown restaurant, Jestine's, home of some dandy fried chicken for me and crab cakes for my husband.

Back in the car, we eased onto East Bay Street and Laura started looking for the hotel, which if you know Charleston, is kind of funny, because there are charming little inns on East Bay, but not the big kind of kid-friendly hotel with a beach Laura was thinking about. Down on East Bay, you can see the Carnival Fantasy cruise ship as it prepares for weekly Caribbean runs. It's high time that Charleston is a cruise ship port; we all need another reason to visit and eat in this charming city.

We pointed out the ship to the girls and they noticed the showoff red and blue whale-tail /smokestack and the water slide on the upper deck. "Doesn't that look like fun," we asked. "But where's the hotel?" Laura replied. "Where's the beach? C'mon, guys, where are we going?" It wasn't until we pulled into the "Cruise Traffic" lane that Laura finally understood "We're going on the boat!"

There are only a few subjects more tiresome than listening to a postmortem on someone else's vacation (childbirth stories and the play-by-play for little Janey's soccer match spring to mind), so I'll mention just a few impressions from boarding the cruise. First, the passengers: Because they cannot smoke on land, everyone lit up once they boarded the boat. Passengers were lighting up in the elevators! Second: Upon entering our middle-aisle cabin with the bunk beds and super-magneto, stay-open doors, I could not get the phrase "entombed in her watery grave" out of my head. Third: poolside. Oh, the humanity. Oh, the obese, tattooed, smoking humanity. After a day at sea, I would add "crimson, third-degree burned" to that description.

The sweet tea boost from Jestine's had worn off by late afternoon. But my mood dramatically improved once I was fed. I'm easy: Just give me starched linens, fresh-faced waiters and a menu without chicken fingers and hot dogs, and I'm content. With the ship pointed south toward the Caribbean, the menu included warm-weather selections such as cold soups. Gazpacho the first night was low-calorie, tart and satisfying. Laura chose the Orange Sory, which I've come to believe is just melted orange sherbet garnished with tapioca pearls. Naturally, it's one of the best things she's ever eaten. The next night, she chose strawberry bisque, which was like a grown-up smoothie: sweet and pink and creamy. The service for the chilled soup is part of the magic -- a soup plate with a garnish in the center placed in front of the diner, then the waiter reaches over with a small pitcher of soup and pours into the plate, from 10 o'clock to 10 o'clock.

Since our return home, we've experimented with cold soups. I made chilled cherry soup, thickened with a cornstarch slurry. I have plans for a cantaloupe soup once the melons become stinky-ripe, just crying out for a blitz with lime and honey and a dash of chile pepper.

The sweet soups are nice as a dessert course or a special treat for the girls, but for a starter, I like a savory chilled soup along the lines of almond soup. Sometimes called ajo blanco or white gazpacho, it's simple and tasty, and no less kid-pleasing; Laura gobbled this serving down as soon as the picture was made. The traditional almond soup uses garlic, but I prefer the refreshing bite of shallots instead. This is light, unusual, vegan and satisfying.