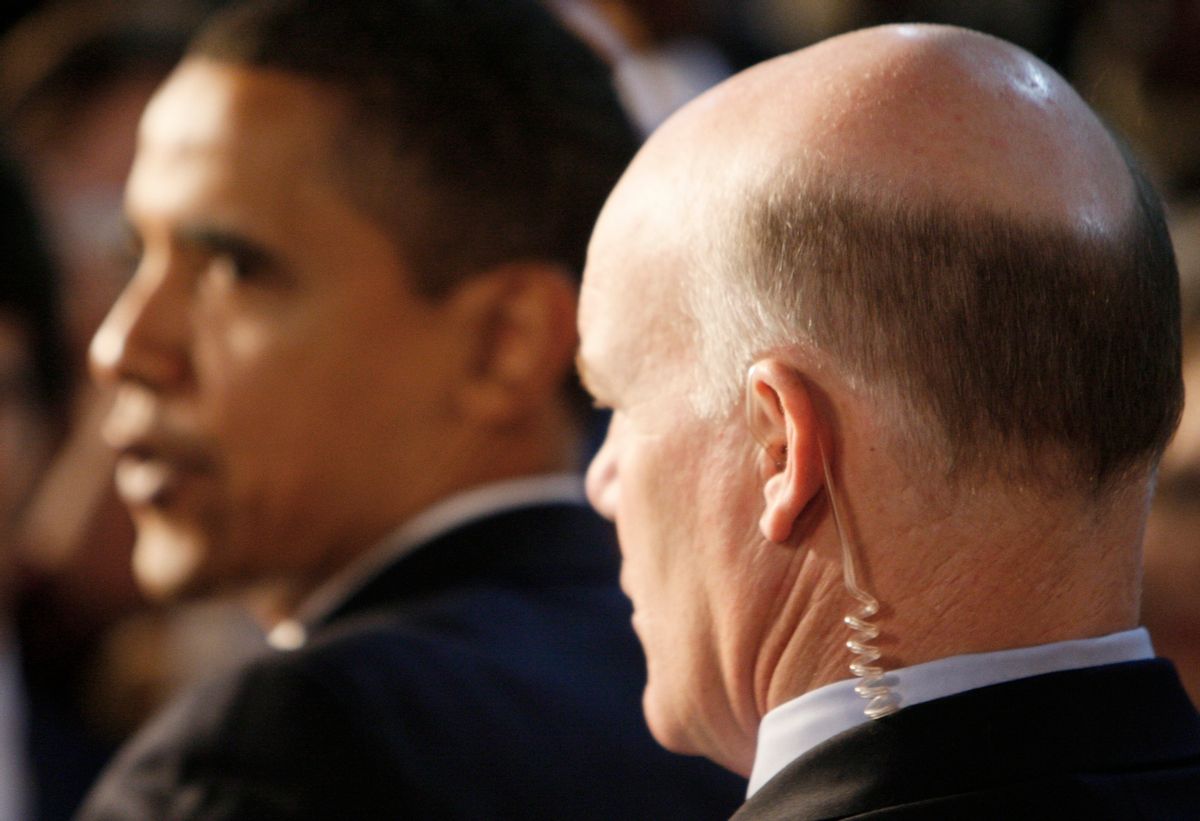 [UPDATED]Despite the public perception of a heightened level of threats against the Obama administration, the Secret Service in fact protects "significantly fewer" Obama officials than it did Bush administration officials, the agency tells Salon.

President Obama has designated fewer of these so-called non-traditional protectees than did President Bush, according to Wiley -- though the Secret Service won't say who they are, or even how many there are.

One former longtime Secret Service agent told Salon that after Sept. 11, the number of Bush officials getting protection soared. "You had a post-9/11 country at war, so each person was looked at carefully to see if there was a legitimate threat against them, or to see if there was any threat intelligence," the former agent said.

The White House referred all questions to the Secret Service.

The new disclosure came after Salon asked the Secret Service for a response to a Newsmax.com report by conservative journalist Ronald Kessler that the agency "has been spinelessly acceding to requests of the Obama administration officials for Secret Service protection in instances where there are no threats against them." Kessler, who is promoting the paperbook edition of his book on the Secret Service, went on:

As a result, 40 Obama administration officials and White House aides are under Secret Service protection, compared with 32 under George W. Bush. No one outside of the government has heard of most of these officials, but they have one thing in common: They enjoy being chauffeured free of charge by the Secret Service.

Secret Service spokesman Wiley called those numbers false -- and emphasized that the trend is toward fewer officials getting protection.

The former agent said that Kessler is probably hearing from agents who resent being used by executive branch officials as a "taxi service" -- but he warns that "sometimes the people grumbling don't have all the background intelligence."

Wiley, the Secret Service spokesman, also denied Kessler's claim that a "secret Presidential Threat Task Force" has been created in partnership with the FBI to monitor assassination threats against Obama. The closest thing to such a task force, he said, was a Presidential Campaign Threat Working Group during the 2008 campaign "that allowed members of federal law enforcement and the intelligence community to share information, which has always been shared, but in this case in a more formal way."

Kessler did not respond to a request for comment.

UPDATE: Kessler emailed Salon to say he stands by his story, but declined to give any sourcing for his story. "The book cites a number of instances of the Secret Service misleading the public or Congress, so I am not surprised that they are not being forthright on these issues," he wrote.