The temptation of Starcraft II

A new game from Blizzard is as irresistible as a new film from Pixar. So why am I averting my eyes? 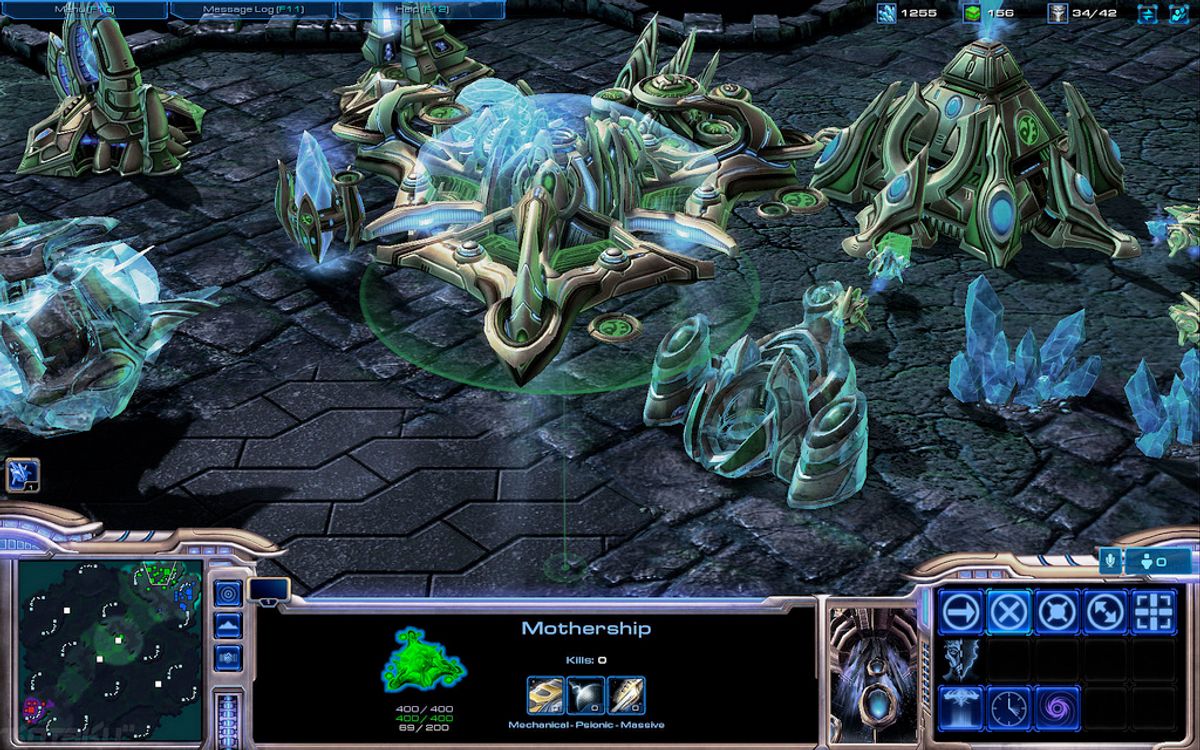 "Starcraft II: Wings of Liberty" is sitting on my kitchen table, driving me a little crazy. I did not ask for this temptation. I retired from playing video games three years ago -- trading in late nights chasing down aliens and necromancers for long bike rides and early morning stretches. It's been at least three years since I've played as much as a game of computer solitaire.

But Blizzard hasn't forgotten that I used to review games. I'm still on its list. Yesterday, a FedEx package with "Starcraft II" nestled inside arrived at my home, an unexpected birthday present for a man who just turned 48. And I find myself sorely tested.

I want to play this game. I spent many happy hours with the original "Starcraft" -- one of the most successful computer games of all time, selling more than 11 million copies since its 1998 release. I was equally proficient playing as a Terran, or the robotic Protoss, or the insect-derived Zerg. I have always been a sucker for well-executed real-time strategy games, especially when they incorporate strong storylines. As a devoted science fiction geek, I was also more comfortable negotiating interstellar warfare than the latest and greatest dungeon.

I have nothing but respect for Blizzard -- the company boasts a Pixar-like track record of consistent hit-making and attention to quality. I am sure "Starcraft II" will deliver a compelling experience. And my kids are out of town visiting family, so I've got some free time on my hands. What's so wrong with taking the new game out for a spin, getting a taste of the latest in PC gaming graphics, finding out where the story goes next?

But I also don't want to play this game. A compelling video game is not like a good movie or a book that captures a few hours or days of one's available attention. A compelling game is a voracious invader that takes over your life and won't let go. A review of a new Nintendo DS game by Seth Scheisel in today's New York Times observed that the game was good for about 50-100 hours of "entertaining gameplay." A hundred hours! I could bike a thousand miles in 100 hours. I could finish all six of the crazy long nonfiction books I'm currently dabbling in. I could watch all five seasons of "The Wire." I could write a book proposal. Life is too short, and I already spend too much time staring into a computer screen, to waste another precious second playing a computer game, no matter how good it is.

Whoa! Where did that judgmental Puritan come from? Has he been lurking there all this time, waiting to unleash a frenzy of sober temperance? Lighten up there, big fella. I certainly don't begrudge other people their choices, and I'm fine with my own son's obsession with video games (under reasonably strict screen-time restrictions, and as long as he gets good grades and plenty of exercise). I don't mean to belittle games as some kind of inferior art form, either, unworthy of our attention. Quite the opposite. My fundamental problem with today's games is that they are just too damn good, and if you have an addictive personality, which I do, they are too damn dangerous.

I've got no one around who can impose screen-time limits on me. There's only my own willpower, and that is a shield as fragile as an eggshell. If I give in an inch, I'm a goner, overrun by a Zerg rush against which there is no defense. The sun will rise, and I'll still be trying to beat that last mission on the hardest level.

Or maybe it's just guilt. And not playing games is atonement. When friends who still game ask me why I stopped, I'm likely to tell them about how my left shoulder was ergonomically freaking out, and I felt it was in the best interests of my physical health to take a break. This is true, as far it goes. Bike rides keep my cholesterol down a lot more effectively than Blizzard's Battle.net. But that explanation doesn't go far enough. I'm a little less likely to explain that I feel stained by the memory of how much time I spent playing games while my son was a baby and my marriage was falling apart. Killing aliens, no matter how hard the difficulty settings, is way easier than facing uncomfortable truths about real-world life choices.

"Starcraft II" is testing me, but I'm not sure what constitutes a passing grade. Leaving the DVD-ROM next to the family computer, where it will delight my son upon his return, while I head out for yet another bike ride? How about installing it, playing it for a few hours, and then putting it away just to show that I can? (Ha! As if!) Or maybe I'll just keep staring at it there on the kitchen table, mulling over how this latest offering from Blizzard so exquisitely epitomizes the distraction-worshiping culture that has created me, that I flourish in, that compels me, even as I refuse to click the play button, to share voyeuristically, via a convoluted blog post, in the Web excitement that greets the birth of a new video game.