The sad saga of one columnist's love letter 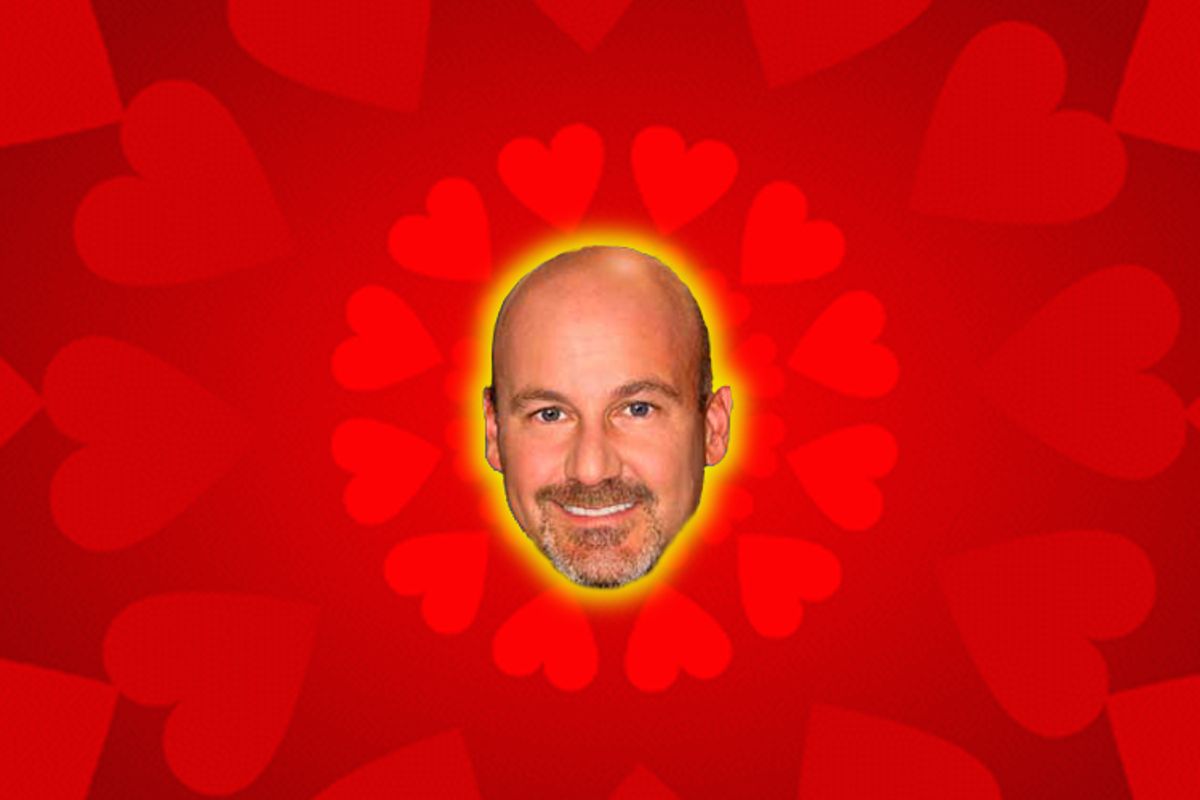 There are two kinds of people in the world: those who were charmed by "500 Days of Summer" and those who would rather watch highway safety videos; those who get a lump in the throat when an ousted "Bachelor" or "Bachelorette" contender thanks the would-be lover for "the journey" and "bringing life back to my life" and those from whom it inspires a pharyngeal reflex response. Depending on which camp you claim, you were either touched this weekend by Politics Daily columnist Andrew Cohen's uncharacteristically personal open letter to his ex-girlfriend on her wedding day -- or seriously grossed out by it. Chances are slim, however, that you were ambivalent.

A heartfelt ode to "the most loving and loveable woman I have ever known," Cohen's tribute was also abundant in mystifying hubris -- with a heaping helping of barely contained hostility. "Timing is everything," he wrote. As in, writing about your broken relationship on somebody else's wedding day, man? And where others would have been content with getting the couple a nice Wüsthof Santoku off the registry, Cohen decided, "The present I humbly send her today is this column." It went on from there, like that late-night e-mail you just couldn't stop yourself from sending. It praised her for rescuing him from "the poison of divorce and betrayal" and granted "worldly absolution from any guilt or sadness she felt between the time she said no to me and the time she said yes to him." He thanked her for giving him "confidence" to become "more productive" and the "incentive to reach out professionally" while applauding that she herself never became like "those poor women of a certain age in New York who have put their careers ahead of their lives."

It was that peculiar mixture of apparent sincere vulnerability ("I sound like a sap. I know") and stinging animosity regarding his poisonous divorce and those poor New York career women, combined with reader curiosity over whether his magnanimity was even remotely desired by a woman likely busily banging her new groom in Cozumel, that made the whole thing so unique. For all its wishes for "a happy life, a good life," it was also an open declaration that someone else's wife is "the deepest and most profound love of my life." Commenters were stirred by his "beautifully written" homage; others called it "spiteful parting 'guilt' shot."

Many of us who've lived long enough and loved hard enough know that agonized, not entirely noble mix of feeling when someone who stirred our souls profoundly not only doesn't share the sentiment, but moves on and finds it with someone else. It is a feeling we've likely shared at great length with our diaries, our shrinks and our friends: "It's for the best. I mean, it just wasn't meant to be. I'm really happy for them. We're getting another round, right?"

So, Cohen, I salute your chutzpah, for not just writing your heartache down but exposing yourself to all the WTFing that ensued, notably from fellow Politics Daily contributor Lizzie Skurnick, who astutely, humorously noted on Tuesday Cohen's "digs at single women," his self-aggrandizement, and the fact that giving someone your column for a wedding present is a "nice try, cheapo." I'm afraid, however, that my worst suspicions about your attitudes toward the ladies were confirmed when you fired off an angry retort to Skurnick, reposted in Jezebel, regarding her "shrewish little column" and digging that "you've spent the last 20 years or so looking (and failing, evidently) to find someone or something in a relationship," no doubt because of her "apparent relish being so bitter and judgmental." It was at this point that many of us crawled under our desks and asked if it was Shark Week yet. Because it was then that the whole thing officially went from a sincere-if-possibly-misguided public exercise in emotional processing to a "this is why you other bitches will die alone" rant.

It is difficult enough to find and maintain a mutually wonderful relationship; it's damn near impossible to write about our experiences in those trenches with finesse, and to avoid the slings and arrows of Internet readers telling us what loveless losers we are. Occasionally, as with Laura Fraser's beautiful, clear-eyed recent elegy for her lost lover, somebody hits it out of the park. More often, the results are as mixed as the sentiments that inspired them.

And yet despite the pitfalls of public heartache, from the plethora of dating reality shows to our friends' cryptic Facebook status updates to those introspective Politics Daily columns, plenty of us seem willing to take a crack anyway. We stand outside those bedroom windows, boomboxes aloft, making gestures that are either deeply romantic or massively screwed up. Maybe they're a little of both. Perhaps we want the reassurance, when we say the fault "was probably mine," of someone out there replying, "Nuh-uh!" Perhaps we hope that if we say we wish our former lovers well in a grand enough manner, we'll learn to mean it. Or maybe it's just that love makes you do the wacky -- and that love for the one that got away makes you do the wackiest things of all.