"Brilliant": Prepare for the fluorescent future

With America set to phase out incandescent bulbs, our eyes will have to adjust to a colder new reality 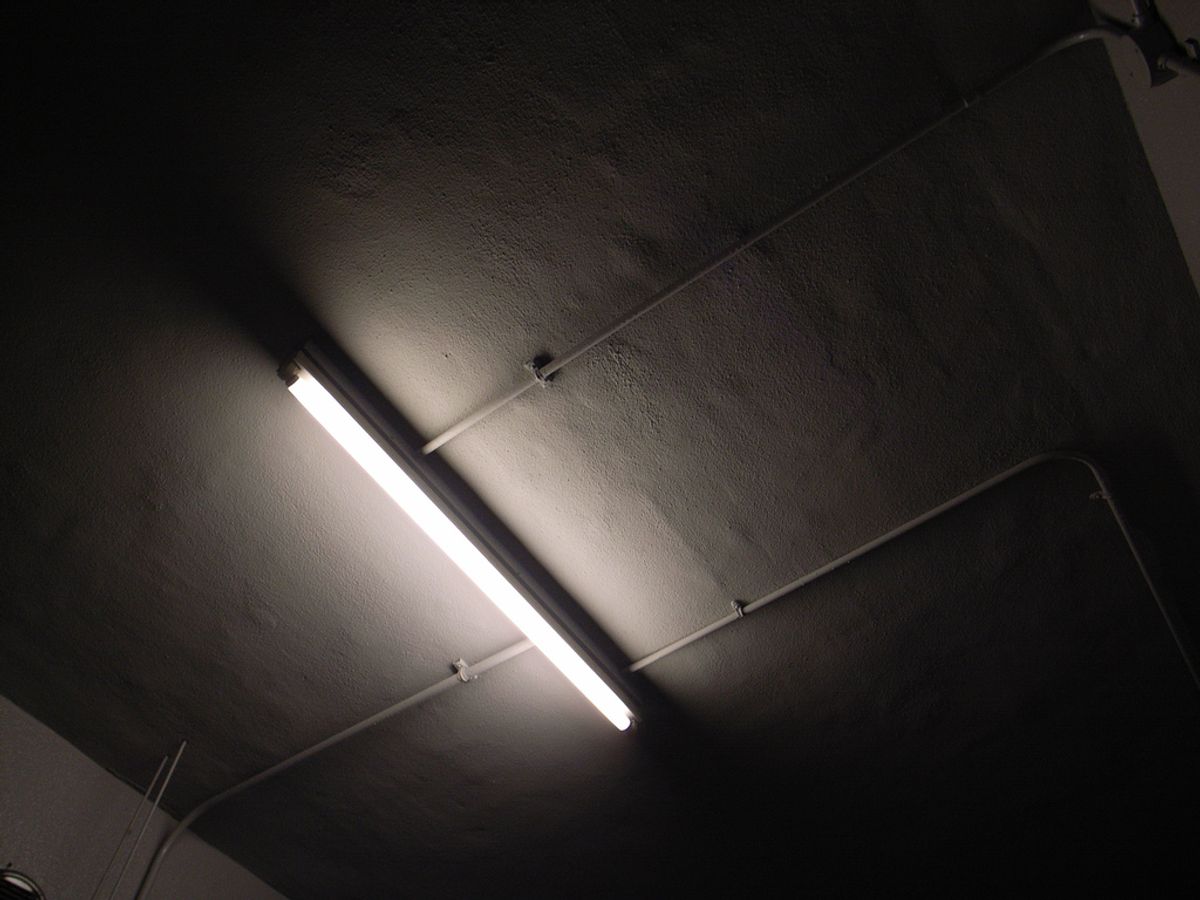 Fluorescents are the light of workplace tedium and institutional misery, but we'd better start getting used to them. In 2012, 100-watt incandescent bulbs -- the same bulbs that are plugged into many of our table and bedside lamps and emit the warm yellow light that we associate with comfortable interior spaces and warm American homes -- will no longer be sold in the United States. The change is a part of the 2007 Energy Independence and Security Act, which aims to reduce our unnecessary energy expenditures (40-watt bulbs will be phased out by 2014). It means that, in two years, consumers are going to have to start looking for new ways to light their homes and offices -- most likely, compact fluorescents, a more energy-efficient light bulb that generally emits a colder, bluer light.

But as Jane Brox explains in her delightful new book, "Brilliant: The Evolution of Artificial Light," our feelings about different forms of light are often tied to more complex social issues. They've evolved drastically over the last centuries as we've moved from whale oil lamps (which caused the decimation of the world's whale population) to gas lighting (which helped usher in the existence of the modern city) and, finally, electric lights. The book charts the societal and economic ramifications of each revolution in artificial light and explains how they've changed not only the way we inhabit our cities and our homes, but also our bodies.

Salon spoke with Brox over the phone from her home in Maine about our hatred for fluorescents, the extraordinary potential of organic light emitting diodes and why a well-lit street isn't necessarily safer than a dark one.

And yet in 2012, when we'll start phasing out incandescent bulbs, we'll pretty much be stuck with compact fluorescents.

We're at a moment when it's hard to know where the predominant light of the future is going to be. I think compact fluorescents are an interim solution because of the problem of disposal -- every compact fluorescent light has mercury in it and it's not a great idea to be throwing them in the trash. There is all kinds of research and development going on around halogen lights and LEDs, but those aren't going to be in place in time for 2012 or 2014.

All of these lights have a much colder tinge to them than incandescent lights. Are we just going to have to get used to living under less warm-looking light?

I think so. Compact fluorescents and LEDs have a colder cast to them. I hope we're not condemned to a future of cold blue-ish light. But we're not there yet in terms of something that's both affordable and can be produced for everybody throughout the country.

Organic light emitting diodes -- which can be incorporated into flat surfaces and, for example, be wrapped across entire walls -- sound kind of amazing.

The OLED will change our relationship to light. If your walls are illuminated or the columns in your house are illuminated, the inside of your house will really seem like daylight during the nighttime. It will be a totally different kind of interior from the one we now know. It's a fascinating thing to think about as that being the next evolution in light.

In the book you argue that a more brightly lit street isn't necessarily a safer street. Why is that?

There was a big study in Illinois that showed that a reduction of street light reduced the amount of crime; it also increased the amount of crime that happened during daylight hours. We automatically assume that a well-lit street is safer, but I'm not sure if that basic assumption holds. A lot of cities thought stationary oil lanterns would hinder crime when they were first set up, but there were several cities, including Cologne and Birmingham in Britain who refused to put out streetlights because they thought it would aid and abet criminals. Absolute dark isn't safe but neither is absolute brilliance. The more light we have, the more light we feel we need to be safe.

As you write in the book, artificial light has also changed our biological clocks -- the way our body senses the time of day.

Because light is now available to us long after sunset, our bodies don't have time to wind down into darkness at the end of the day. Once you turn on a light at night, it resets your biorhythm and it's unable to ease itself into sleep. A medieval historian discovered that sleep habits in the Middle Ages were very different -- people would have two sleeps. They would go to sleep early in the evening and sleep until 1 or 2 in the morning. Then they'd have a period of restful wakefulness and then go back to sleep. The problem with contemporary society is we're locked into the industrial time clock so you don't have the luxury of being up in the middle of the night and being able to sleep in a bit later in the morning. Our whole society works against our biorhythms, not just light itself.

So light pollution really is hurting us.

It hurts us biologically, but I was also surprised to find out how much it affects the natural world -- like the migration patterns of birds and nocturnal animals. It affects their capacity to hide, their capacity to hunt, and it can actually change the ecological balances between species. But it also affects the way we see ourselves in the world because very few of us have any comprehension of the immensity of the night sky. I feel like that's an enormous loss, not only to astronomers but to our own sense of ourselves in the world -- that sense of immensity and loss.

Though, to be honest, given all the other problems the country is dealing with, it seems like a hard sell to get people very worked up about excess lighting when its cost is a lack of connection to the night sky.

I live on a tiny little street in a moderately sized town in Maine and I can walk through my house in the middle of the night without turning my light on. We waste so much light because of poorly designed public lighting systems that if we were to be more efficient with the design of the lights and the pattern of lighting throughout city streets we could actually conserve lots of energy. I don't really quite understand why that isn't part of the discussion about energy saving, instead of the focus on replacing incandescents.

We've had a number of big blackouts on the East Coast over the last few decades -- including New York's notorious crime-filled blackout during the '70s. What does our reaction to blackouts tell us about our relationship to light?

As we became more and more dependent on the grid the consequences of the blackout have become more and more dire. We have become so accustomed to light that it seems more natural to us than the dark, and we're far more uncomfortable in the dark than our ancestors were. During the 19th-century gaslight blackouts, people were panicked and confused, but I don't think it was anything near what's happened at the end of the 20th century.

The day after the 1965 New York blackout, there was an Italian newspaper headline that I loved: "New York city cancelled by darkness." Light has come to be associated with cities and their vibrancy. That wasn't necessarily the case in a medieval city -- Imperial Rome had no streetlights, Florence in the Renaissance had no streetlights. The term "nightlife" only came into use in the middle of the 19th century, as light freed up the evening hours for the middle and upper classes.

You write in the book about our need to overhaul our energy grid. Why is that so important?

We can't sustain the grid we have. It's at more than full capacity -- which is one of the reasons there have been so many blackouts in recent years -- and more than 50 percent of it is fueled by coal. There has to be either a national grid that can take into account the kind of fluctuating energy that comes from solar and wind or a less centralized one; Bill McKibben argues that a grid should be made up of a lot of local sources connected together. But there's a lot of research and development that needs to go into the grid. We're not there either.