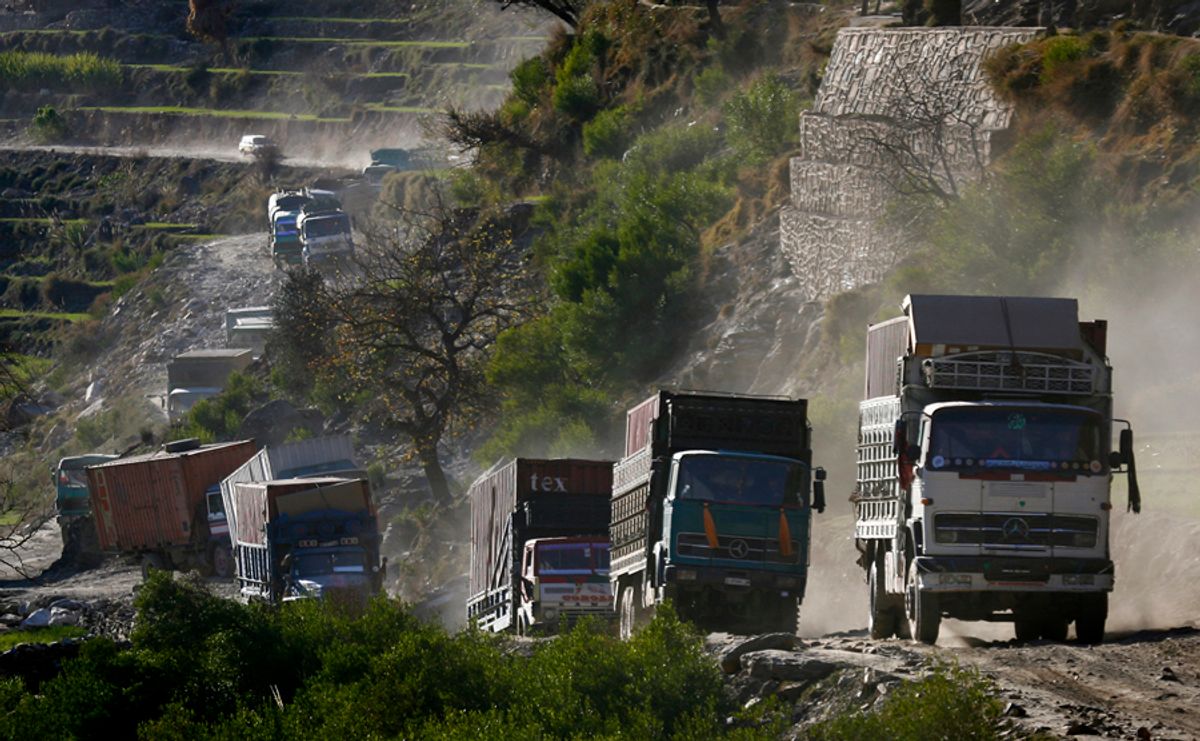 Here's another piece of information from the WikiLeaks war logs that, while not strictly "new," underscores an under-discussed and intensely problematic fact of the Afghan War: U.S. taxpayer dollars are funding the Taliban via protection payments from military trucking contractors to insurgents.

Check out this war log from November 2007 in which a member of the 101st Sustainment Brigade near Bagram Airbase passes along a contractor report of the Taliban requesting per-truck protection payments. It also notes (emphasis ours at bottom) that other Defense Department trucking contractors confirm they are making such payments to the Taliban:

On 09 Nov 2007 Four Horsemen International reported that they were approached by Taliban personnel to talk about payment for the safe passage of convoys through their area. The current price for passage is $500US per truck from Kandahar to Herat, $50US per truck from Kabul to Ghazni, $100US per truck from Ghazni to Orgun-E, and $200-300US per truck from Orgun-E to Wazi Kwah. All negotiations are conducted outside of Afghanistan with the [Taliban] POC located in Quetta, Pakistan.

This information has been verified by other [Host Nation Trucking contract] companies and the other companies state they are paying money for safe passage.

This phenomenon was not reported publicly until two years later in a 2009 article in The Nation by Aram Roston, which mapped how widespread and how damaging such payments have been. That story, in turn, prompted a congressional investigation by Rep. John Tierney (D-MA).

The resulting oversight committee report found in June that those who provide security for the convoys bringing supplies to U.S. troops "are warlords, strongmen, commanders, and militia leaders who compete with the Afghan central government for power and authority." Those warlords are reported to, in turn," make protection payments to insurgents to coordinate safe passage."

The WikiLeaks document is just one example of these problems being reported to the military going back years. They Tierney committee report found that "regular complaints about protection payments [to the military] met a brick wall."