One of the best white wines in the world comes from ... New York?

Konstantin Frank arrived in the U.S. from Ukraine with $40 and a dream to grow Riesling where it couldn't be done 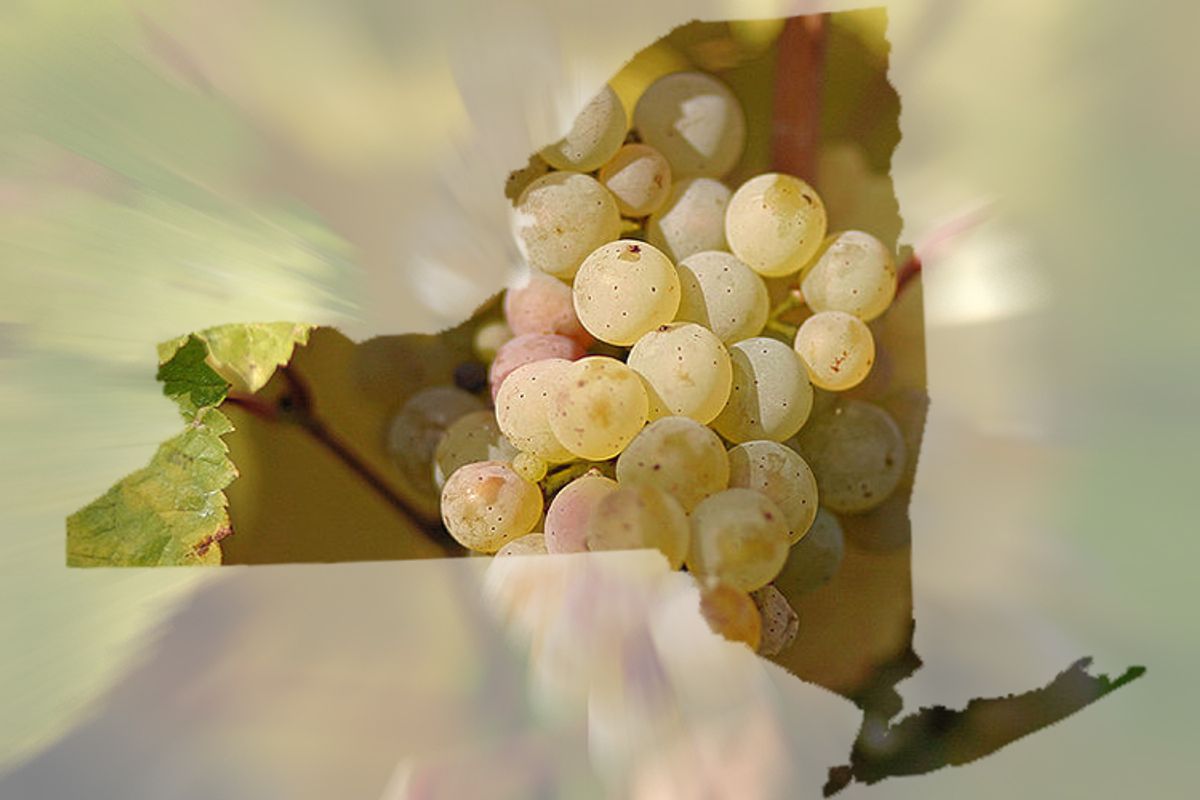 A hundred years ago, Riesling wines from the Mosel and Rhine regions of Germany were the most expensive and sought-after wines in the world, and a great Riesling is honestly hard to stop talking about -- fresh, flowery, flinty, and tart, redolent of peaches, apricots and green apples, with a sweet attack and a lengthy, complex, dry finish ... I could go on. But while there are still magnificent German Rieslings, let me let you in on a no-longer well-kept secret: some of the finest -- and finest value – Rieslings are from New York State, grown along the banks of the Finger Lakes, especially Keuka, Cayuga, and Seneca Lakes.

But this isn't just the story of a great white wine, it's the story of a visionary. Dr. Konstantin Frank was, in 1951 and at age 52, an immigrant from the Ukraine with $40 in his pocket. Though he held advanced degrees in viticulture and enology -- and had taught these subjects in Russia -- his first job in America was washing dishes at the Horn & Hardart Automat in New York City. He next secured a job upstate in Geneva, at the New York State Experiment Station, where he hoped to apply his knowledge of grapes and grape growing, but instead was given work as a menial laborer.

Nearly every wine grape you've ever heard of is of the species vitis vinifera, and when Frank arrived, he wondered why winemakers in the Finger Lakes were growing native grapes (vitis labrusca) such as Concord and Catawba, which are best for jams and jellies, or inferior hybrids of labrusca and vinifera. He argued that if New York was to develop a reputation for quality wines it must embrace the cultivation of vinifera, but was shot down by local "experts." It was too cold, they said, ridiculing the naïve foreigner. For three hundred years, many had tried and failed to cultivate vinifera vines in New York State, and they left Frank to his mad dreams.

But Frank had grown Riesling, Chardonnay, and Pinot Noir in Odessa, where, he said, "the temperature goes to forty below; where when we spit, it froze before it hit the ground." He remained undeterred, and, perhaps, emboldened.

Riesling is a grape that is difficult to cultivate successfully, but that, ironically, grows best along the banks of large rivers in the coldest regions of the wine world. Germany, for example, is the last outpost for grape growing in the Northern Hemisphere. The northern part of the country is just too cold to grow any wine grapes (though global warming is changing that), but Riesling shines in south central Germany, in the river valleys of the Mosel Saar Ruwer and the Rhine.

To take advantage of those tendencies, Frank knew that he needed to find very hearty rootstock, and he discovered such roots in the garden of a convent in Québec, where he found Pinot Noir growing unexpectedly. Knowing it would be as cold there as in the Finger Lakes, Frank planted thousands of vines grafted with those roots over the next five years, and in 1957 a brutal winter tested his ideas. With February temperatures of 25 degrees below zero, both the labrusca and hybrid crops were decimated ... but Dr. Frank's Riesling and Chardonnay buds showed minimal damage, and when harvest came in late September, the vines produced healthy grapes at the rate of three to four tons per acre – a yield that is near-perfect for both quality and commercial viability.

Konstantin Frank, who worked everyday in his Keuka Lake vineyards and winery until he was 82, died in 1985 at the age of 86. His son, Willy, worked just as hard until his death at 80 years old. Willy's son Fred, now operates Dr. Konstantin Frank's Vinifera Wine Cellars and Château Frank, where he also makes excellent méthode champenoise sparkling wines.

Today, The Frank family is not alone in producing superior Riesling in the Finger Lakes. Consistently fine Riesling is produced by Red Newt, Anthony Lane, Heron Hill, LaFayette Reneau, Standing Stone, Lamoreaux Landing, Fox Run, Sheldrake Point, Atwater Estate, Hazlitt, Ravines, and Hermann Wiemer, who produces a very fine sparkling Riesling in addition to several luscious styles of still wines. Wiemer is especially notable because he is a true master of Riesling and a native of Bernkastel, a famous vineyard district in Germany's Mosel Saar Ruwer region, where Riesling first gained its world-beating prominence. When he eventually moved to Dr. Frank's little corner of the world to make his wines, you might say Frank's mad project turned into a true international legacy.

While Riesling is sometimes pigeonholed as a sweet wine, there is no more food-friendly white than a dry or semi-dry Riesling, the kind of pairing that can turn a light lunch into small feast. It's almost unnecessary to even say what will be on the menu, because Riesling works with an enormous variety of foods, especially spicy food, and food with some acidity or a touch of natural sweetness. If you are going to have, say, a mild curry or ceviche, Riesling would be my first choice. But also if you're having barbecued pork, or pan-fried brook trout, or fried chicken. Or, while we're at it, grilled vegetables, or a tomato salad with goat cheese or especially smoked fish or smoked white meats. Riesling plays well with others.

One of my favorites is a $15 bottle: Dr. Konstantin Frank's Vinifera Vineyards 2008 Dry Riesling, grown along the banks of Keuka Lake. The other day, it made my lunch of scallops marinated in lime with chilies and papayas taste sooooo good, and it made us smile with every refreshing sip.