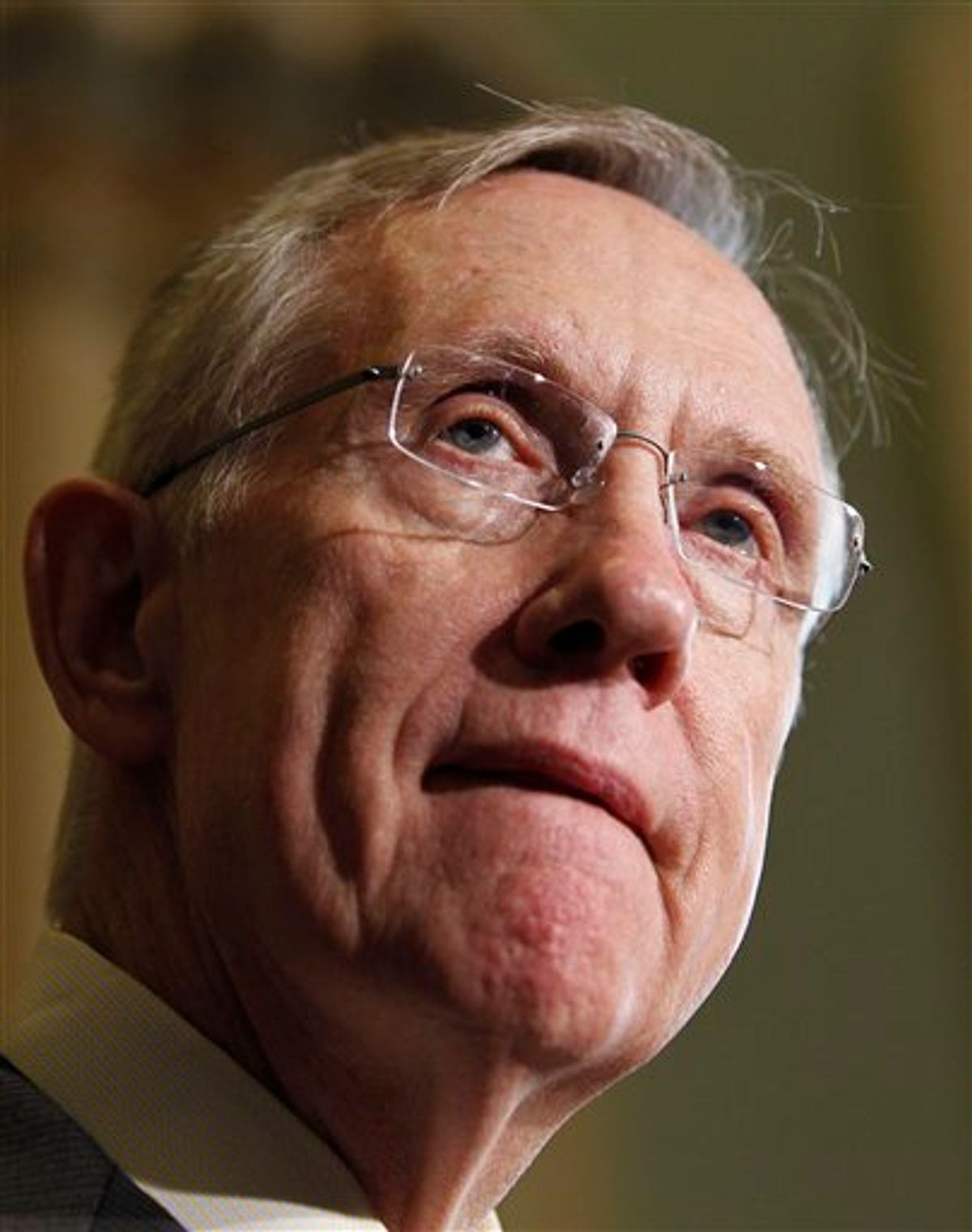 Harry Reid revealed his energy bill this week, to great acclaim and excitement. The "Clean Energy Jobs and Oil Company Accountability Act of 2010" was Reid's compromise to environmentalists after the failure of an energy bill with a utilities-only carbon cap. That was a compromise from cap-and-trade, which was a compromise, designed to attract Republican support, from a proper carbon tax. And it did attract Republican support, until a Democrat was in the White House.

Reid's bill lacks caps of anything and has no renewable energy mandate but because it removes the $75 million liability cap on oil companies drilling in our waters, Republicans and two -- two! -- Democrats may not support it. One of those Democrats is, of course, Mary Landrieu, of Louisiana.

The Reid bill needs the support of every Democrat and one Republican to have any chance at passing, and to win that support Reid would probably need to add some sort of reverse-carbon cap, in which the bill would call on the government to pay companies to emit as much carbon as they can, for fun. (The House passed cap-and-trade already, a long time ago.)