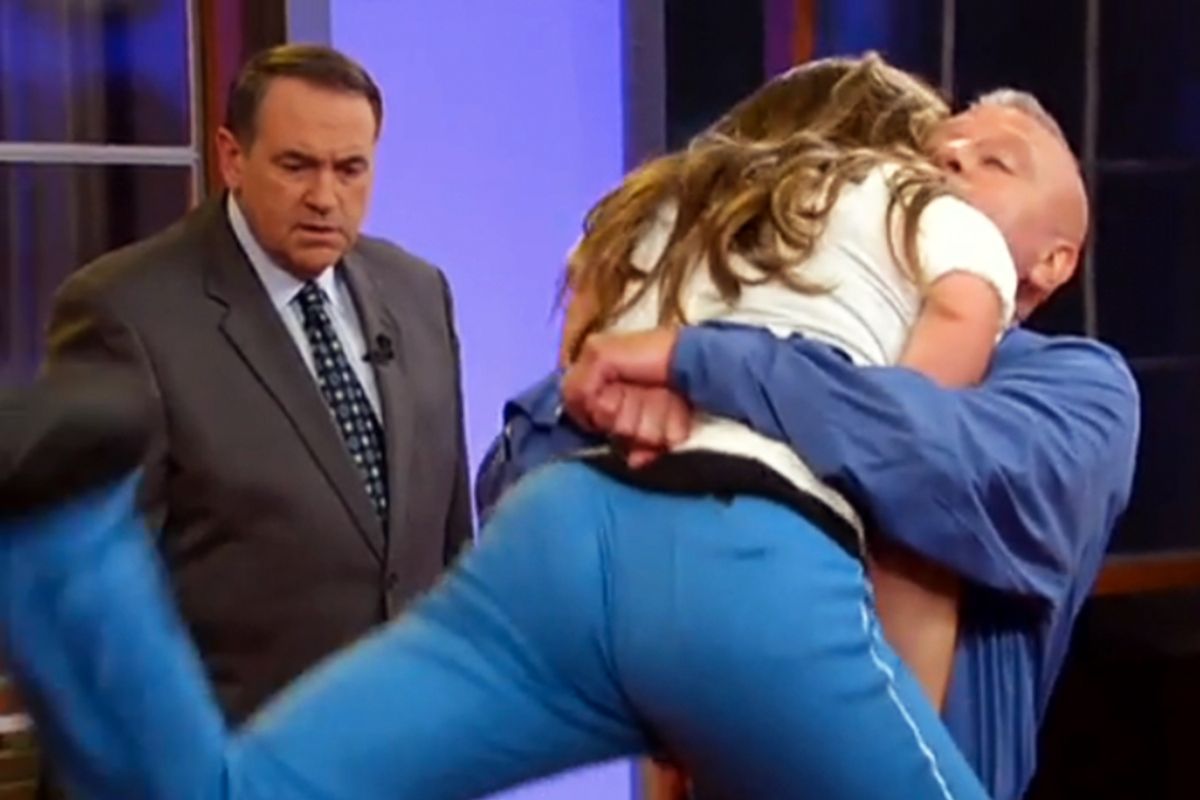 Mike Huckabee is getting a six-week tryout as a daily daytime talk show host on the Fox network. Huckabee says the show will be nonpartisan, and his "co-hosts" have included Bob Barker, Wendy Williams, and Bethany Frankel.

Because Mike Huckabee could very well be a GOP nominee for president (if Mitt Romney fails to properly restart after an operating system upgrade, or something), it is worthwhile to take a look at how he is building his name recognition, and making himself acceptable to Regular Daytime TV-Watching Americans.

Here's Mike hanging out with a former Wall Street attorney who now makes -- can you believe it? -- manly cupcakes:

Did you know that your child can drown hours after getting out of the water? Mike Huckabee tells you what to look for:

And finally, in this clip, Mike chats with "Left Behind" author Tim LaHaye about how Barack Obama's socialism portends the biblical End Times:

Oh, sorry, that clip's from his weekly Fox News show, where Huckabee is able to occasionally remind the viewer that despite his charm and wit, he is a complete nut.