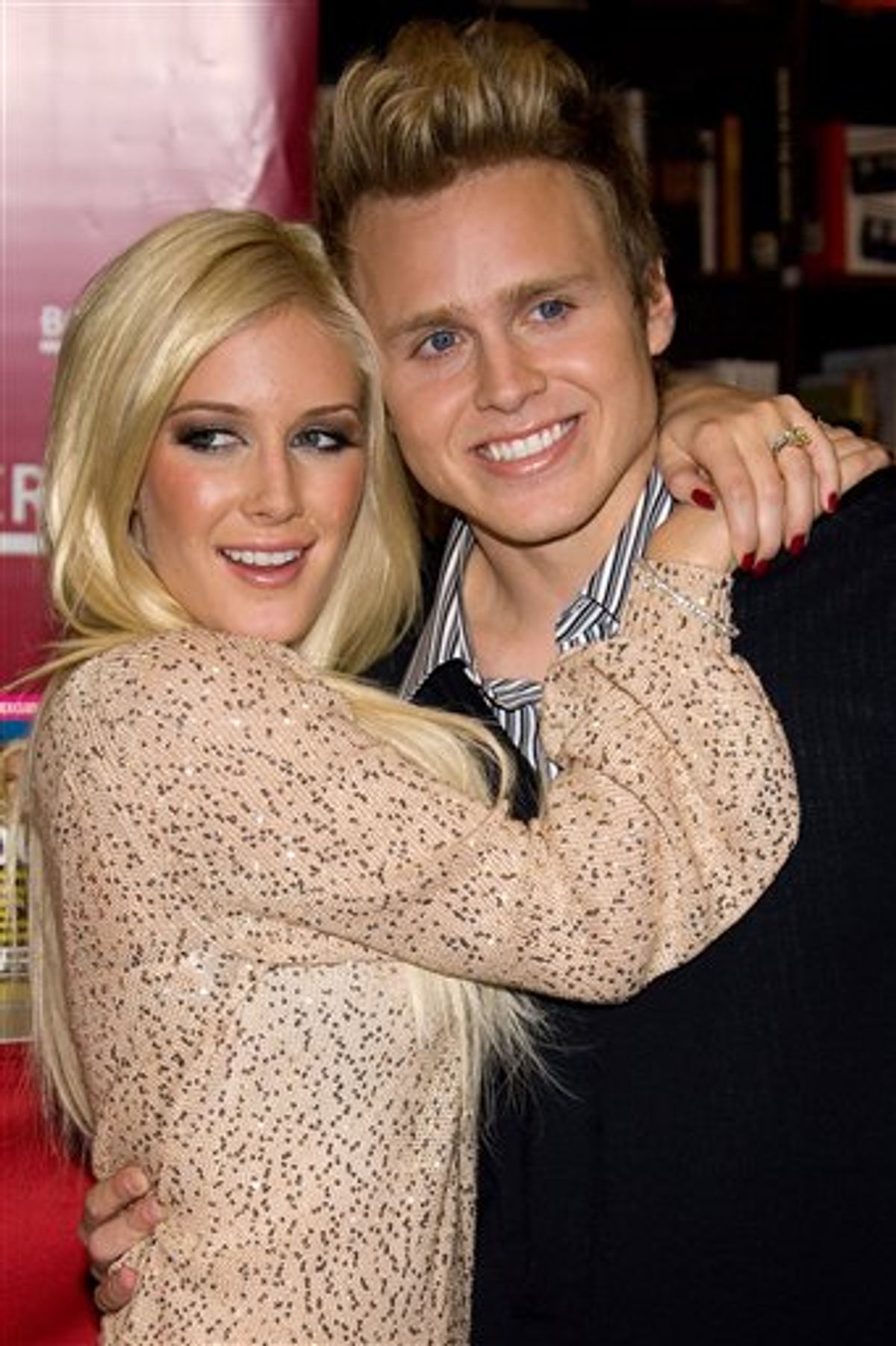 This comes six months after Montag filed for separation.

"The couple has agreed they would like their divorce to be finalized in a timely manner in an out-of-court settlement," Montag's lawyer, Jodeane Farrell, says. "Both parties are amicable with each other and over the possibility of finalizing their divorce."

Pratt, who married Montag in April 2009, was only too eager to speak to the press.  He confessed to People.com: "I love Heidi but our marriage was a show -- it was part of 'The Hills' world." (Gasp! The skeptics were right!)  This was what, a few hours after the ink dried on the papers?  And he's already grabbing for headlines.  Shouldn't surprise anyone, of course.  This is the same guy who in an interview said, "I'm a fame whore and I'll never grow out of it … I want every kind of press."

But who will care about this guy after today?