The New York Dem follows up his YouTube-ready floor tirade with a Fox showdown with Republican Rep. Peter King 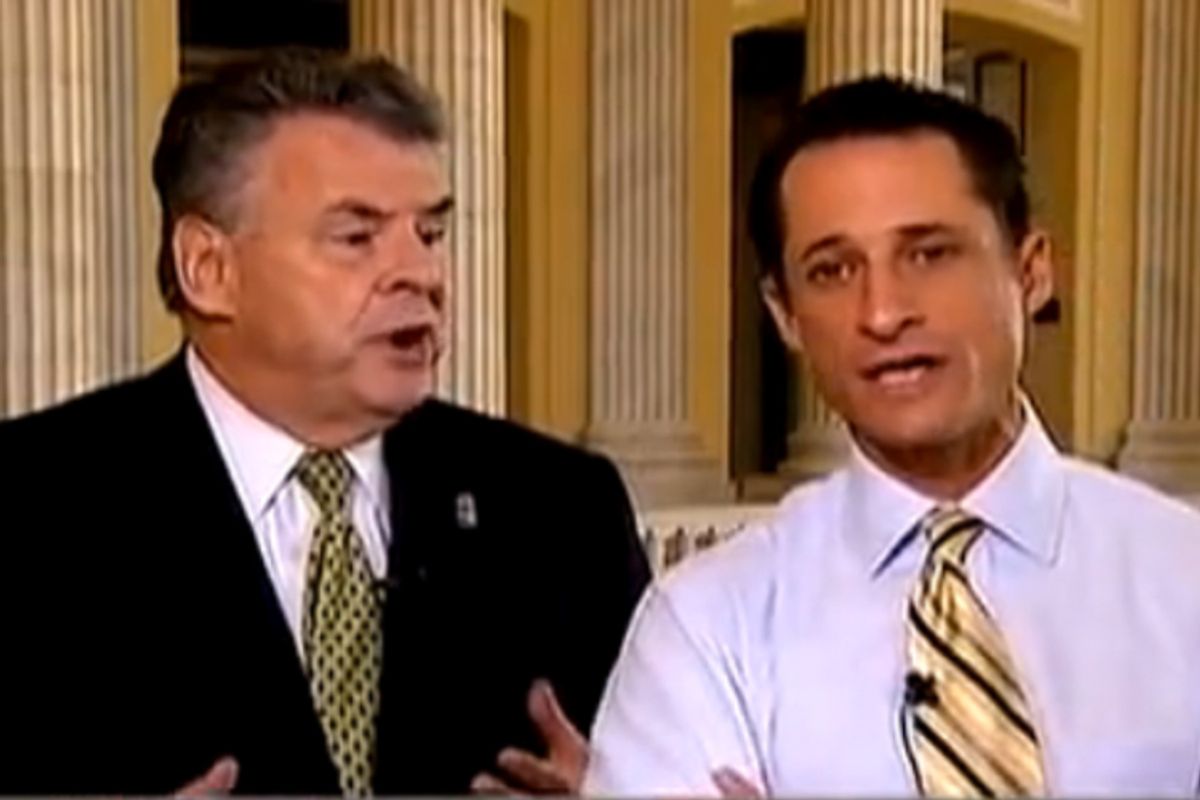 Last night, House Republicans blocked a bill providing billions of dollars for healthcare for first responders and others suffering due to breathing toxins on 9/11. They were able to do so because Democrats used a procedural maneuver to prevent Republicans from adding pointless, partisan amendments, but that maneuver meant the bill needed a two-thirds super-majority to pass. One hundred and fifty-nine Republicans then voted against the bill, even though most of those Republicans say they support helping the heroes of 9/11. So New York Democrat Anthony Weiner took to the floor to castigate the opposition party. You have probably seen it on the YouTube:

His outrage is justified, and despite the fact that it's calculated outrage, designed to burnish the "Anthony Weiner, Fightin' Progressive" brand, it is smart politics for Weiner to get media attention focused on the sort of shenanigans congressional Republicans think -- correctly, usually -- that they can get away with, because no one cares about procedural matters. Weiner successfully used a tantrum to make the press report that Republicans voted against 9/11 heroes.

But as Weiner's follow-up Fox appearance with the reprehensible Peter King shows, there is no simple answer for the simple question your average non-political junkie asks, upon seeing this: But, don't Democrats control the House?

It is usually entertaining when Weiner acts like a prick, and his catty remarks about Peter King's whipping capabilities are a treat, but there's no 15-second sound-bite way to explain why Democrats couldn't pass a bill everyone likes in a chamber that they control. And that's why GOP obstruction will keep happening, and working.