How a superb love apple turned me into a seasonal eater, and my favorite (super-easy) way to serve them 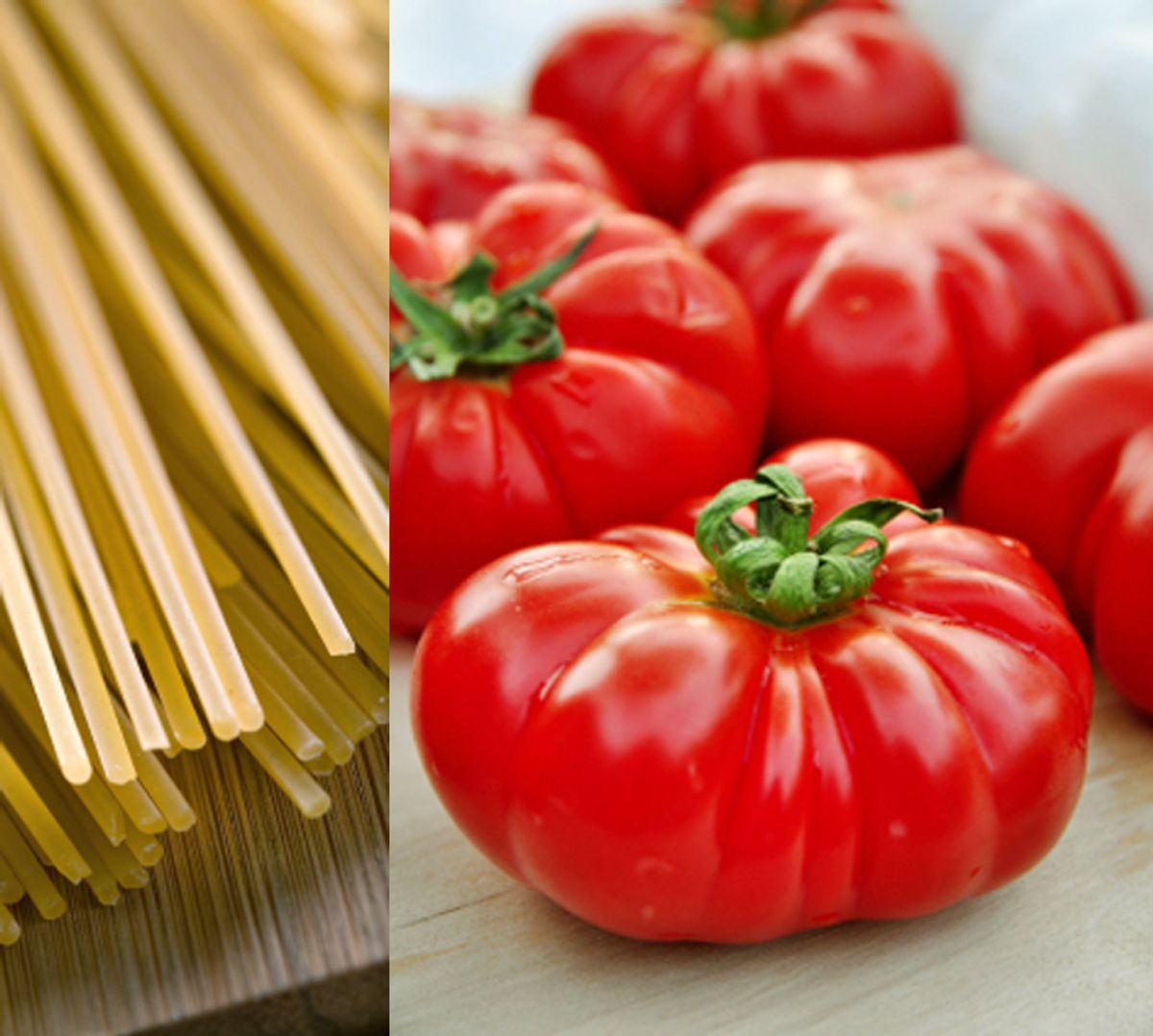 When I first heard about eating seasonally and locally, I thought it was great idea -- in the same way that I thought trying yoga and getting around to opening a retirement account and settling down with a nice Jewish girl sound like great ideas. Fabulous, really, excellent and ... I'll get around to it.

But one day, in cooking school, my friend Charles burst out of class, running to find me in the cafeteria. "Dude," he said. "You have to go to the storeroom. Now." Minutes later, I was standing in front of a rack of tomatoes, rocket-tail red and gumball orange and still warm from the field. A minute after that, I was cursing involuntarily, sputtering, "Holy %@ing #$@! Jesus #@!*& Why didn't anyone tell me tomatoes could taste so good? #*@&%!"

That is the power and the beauty of a great local tomato. Left to actually ripen on the plant instead of being plucked hard to survive weeks of shipping, it develops a universe of flavor, way beyond the flat vegetal tartness of freighted out-of-season tomatoes. Some are sugar-sweet, some take on salty notes, some have a citrusy sharpness, and the good ones just bomb you with umami -- that complex "fifth taste" that people liken to the satisfying aftertaste of meat, mushrooms or aged cheese.

And so I stopped eating generic shipped tomatoes, unable to bring myself to accept such a wan imitation of the real thing, like trying to make out with a photo of an old girlfriend. (I actually saw someone do that once, and I cried for him.) And so, every year, I practice the art of anticipation, as the chef Helene Kennan says. I wait and wait and wait, until after tomatoes come in Florida, then Mississippi, then north Alabama ... until the roll of their season finally hits me in New York. And then there is very little I do with them that one could call "art," unless you're talking about performance art in which I cover myself in them.

So this is one of the things I like to do with superb tomatoes other than just stuff them in my yaw -- a sauce for pasta that consists of hardly more than the sweet juices of the tomatoes themselves, a handful of greens for variety, and the gentle bite of a few raw onion slivers; a dish that would fit as well in a picnic as on a tablecloth. It requires just a touch of work and enough time to boil pasta, but it also means that for several agonizing moments, you'll have to continue practicing the art of anticipation. After all, it is a little disingenuous for me to say that this sauce takes minutes to make, because really it takes all year.

Serves 2-4, depending on how serious you are about tomatoes