Jeff Greene is a nightmare boss

Ex-workers say billionaire would-be senator terrorizes and abuses his staff, on his yacht and on the trail 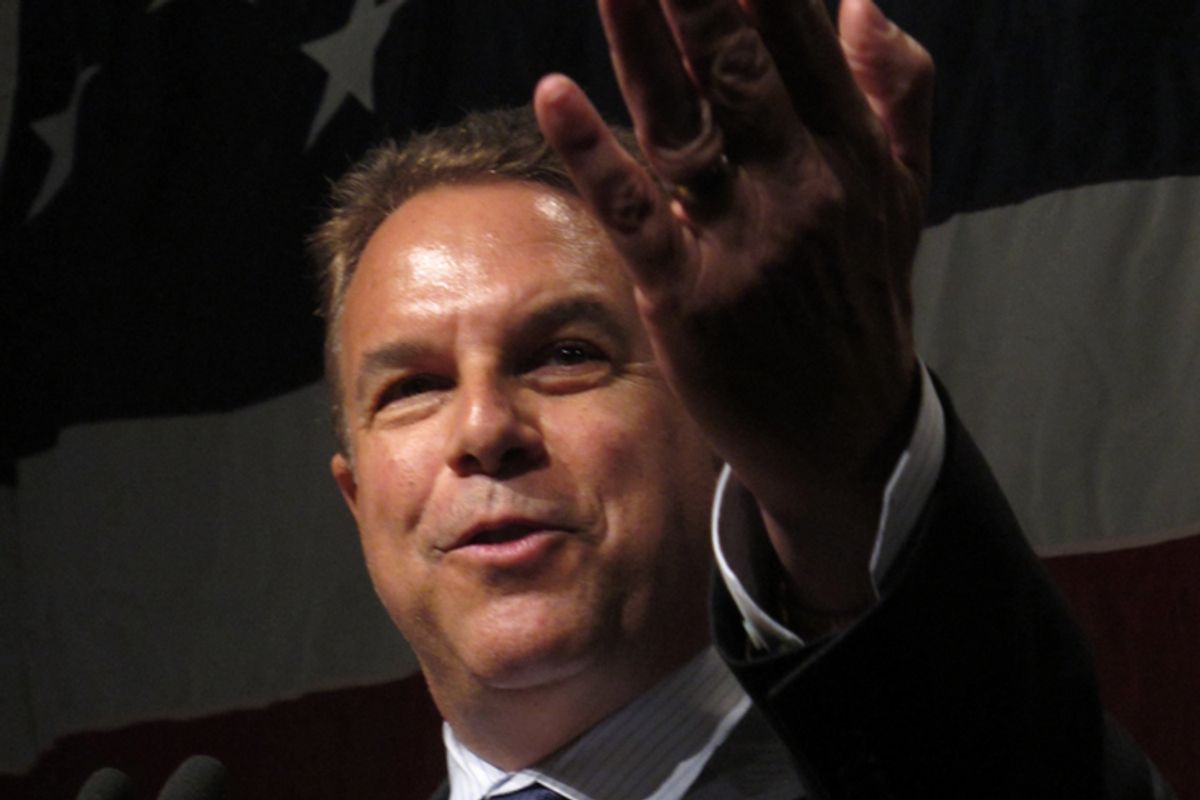 Billionaire real estate investor Jeff Greene is running for the Democratic nomination for Senate, in Florida, because he can. He could very well win the nomination, because his primary opponent is kind of weak and many Democrats are just planning to vote for newly independent Gov. Charlie Crist anyway. The source of Greene's appeal is that he is not a "professional politician." He is, in fact, a professional rich person. And, according to his former chefs and boat captains and tenants, he is also a cheapskate jerk.

The St. Petersburg Times has a long and wonderful story about how Jeff Greene just screamed at and abused the people who maintained his "party yacht." Greene's former personal chef sued Greene for berating and humiliating him all the time. Adam Lambert, the 20th and 22nd captain of Greene's 145-foot yacht, says Greene "has total disregard for anybody else."

After deckhand Harlan Hoffman was injured on Greene's yacht, and ended up hospitalized, Greene told the insurance company that Hoffman didn't work on his yacht. Which was not true!

It took eight months and legal action that included affidavits from other crew members vouching for Hoffman and trashing Greene to get his bills paid.

"This guy Jeff Greene threw tons of money into new diving gear, but the crew's basic equipment -- food and supplies -- he didn't want to spend any money on. Summerwind has a terrible reputation,'' Hoffman said. "Mr. Greene's yacht is known to be a party yacht. When it went to Cuba, everybody talked about the vomit caked all over the sides from all the partying going on."

Hoffman couldn't believe it a few weeks back he saw Greene's campaign ads on TV.

"He has this act on TV talking about what a good guy he is, and he's anything but. He treats his own employees like s---,'' he said. "If he can't even treat his employees good, I don't see how he's going to do good for the American people."

Because he is a rich person used to getting whatever he wants and hearing no real criticism of his actions, Greene has convinced himself that he is an "aggressive" boss who is generally liked and respected by his employees. (He was also a jerk as a landlord.)

And he is a lazy candidate:

Crazy as it sounds for a political rookie who already has spent about $10 million of his own money running for the Democratic U.S. Senate nomination, Greene is doing the bare minimum: several days off a week, almost no events before 11 a.m. and no overnight campaign trips.

It is pretty amazing that Greene is polling 10 points ahead of Kendrick Meek. Here we have a billionaire who treats his staff like shit and evinces no concern for their well-being, who also parties with some of America's most hated celebrities, but because he is blanketing the state with ads and because he is not currently a congressman he will probably be the Democratic nominee this November.

All in all, it's an obvious testament to the political skills of Greene advisor Joe Trippi, who ... was just fired, because Greene cannot get along with any of his employees, apparently. But his current pollster and "strategist" is none other than Fox News Democrat Doug Schoen!

I asked the Greene campaign whether the candidate agrees with his pollster that President Obama "has divided America on the basis of race, class and partisanship." I will let you know what they tell me.