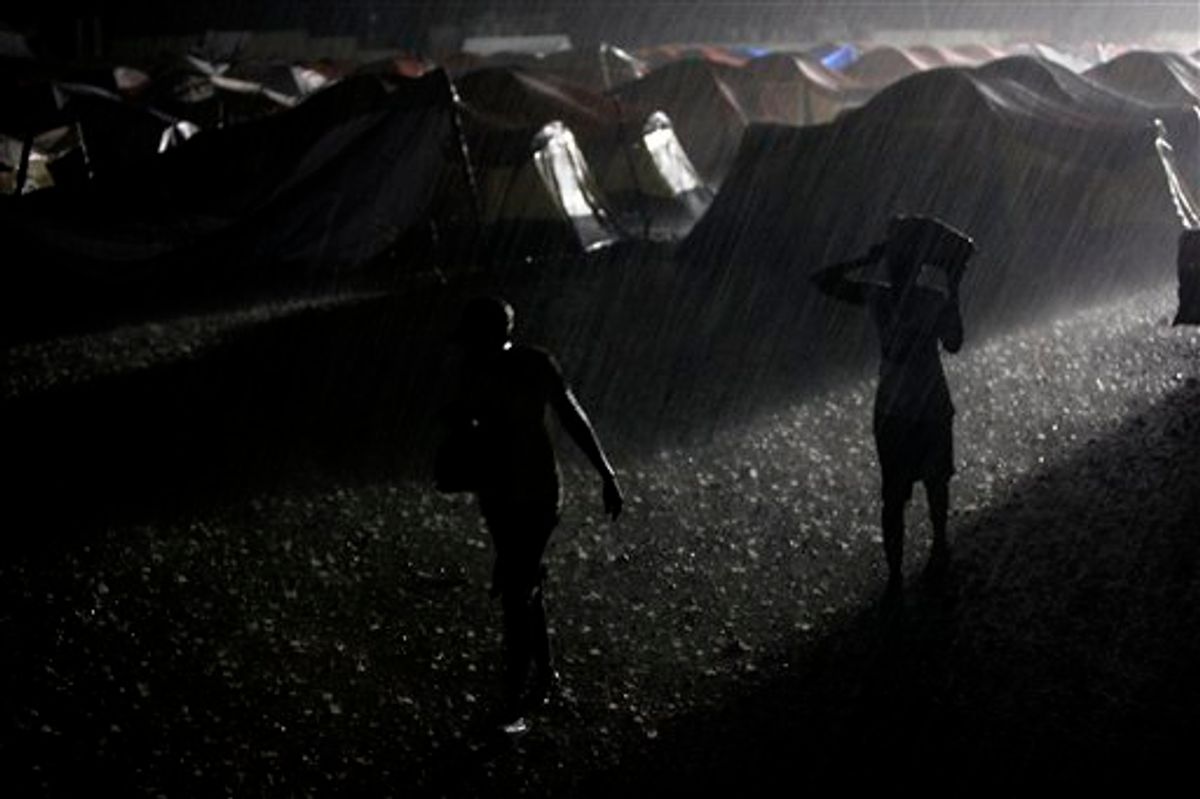 Women walk under heavy rain at a camp for earthquake displaced people in Port-au-Prince, Friday, May 21, 2010.(AP Photo/Esteban Felix) (AP)
--

In the wake of a catastrophe that leaves people fighting for food and shelter, you wouldn't expect there to be a market for prostitution. But the influx of foreign aid (or at least the promise of it) has served as a beacon of hope, drawing a growing number of Dominican women to the quake-ravaged country in search of sex work, Time magazine reports today. There is the lure not only of the pledged $5 billion in donations -- some 2 percent of which has actually made it to the country -- but also the flood of cash-strapped foreign aid workers. It seems desperation feeds on desperation.

It also creates yet more desperation: Not only have these imported sex workers found that business isn't exactly booming, but many have also had their passports confiscated by pimps who threaten them with violence and prevent them from returning home. Time reports that a U.S. State Department report even "found forced prostitution of Dominican women in brothels in Haiti allegedly frequented by peacekeepers in the U.N. Stabilization Mission in Haiti." That isn't to mention the uptick in prostitution and sex trafficking among actual Haitians (or, more generally, the increase in sexual harassment, rape and violence against women in the country).

As I wrote earlier this year, even before the earthquake Haiti was considered a "special case" in the war on sex trafficking -- and it's only becoming more so every day.