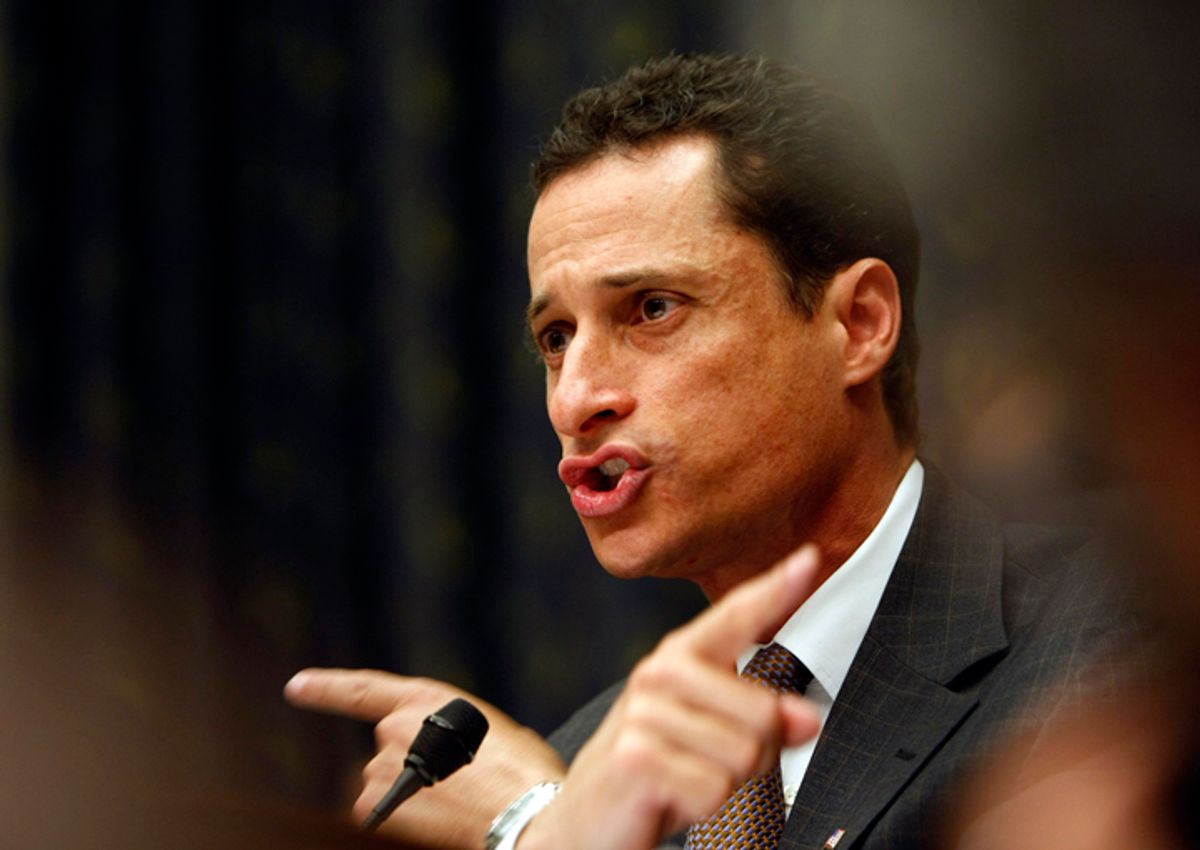 There was a pretty great piece in Capital New York today in which a reporter listened in on Anthony Weiner doing the dirty work of being a New York politician; like being a Congress member anywhere, it involves a lot of listening to and reassuring old people about their Medicare. But none of his constituents, apparently, thought to ask Weiner what he thinks of the Park51 project -- also known, among many people who should know better, as the "ground zero mosque." One reporter did ask Weiner's office what the congressman thinks, but they, for some reason, have refused to define his position. For two days, now.

I'll bet Weiner, who, after all, is married to a Muslim woman, thinks there is no reason why an Islamic community center shouldn't be built in lower Manhattan. But his unwillingness to publicly stand up for religious freedom is unsurprising. New York Democrats have been more or less completely silent on the issue (some of them perhaps due to not knowing it would become such an issue). The ADL came out against it. Bloomberg's defense today may change the calculation, but he can afford to take stands that someone still looking to win a citywide election might not be willing to. And Weiner will very likely be New York's next mayor.

Still, I encourage Weiner's constituents to ask him for his thoughts. Whenever his attention-grabbing MSNBC-friendly feisty liberalism conflicts with his need to coddle and flatter old reactionary conservative Jewish voters back home, he suddenly gets very quiet.