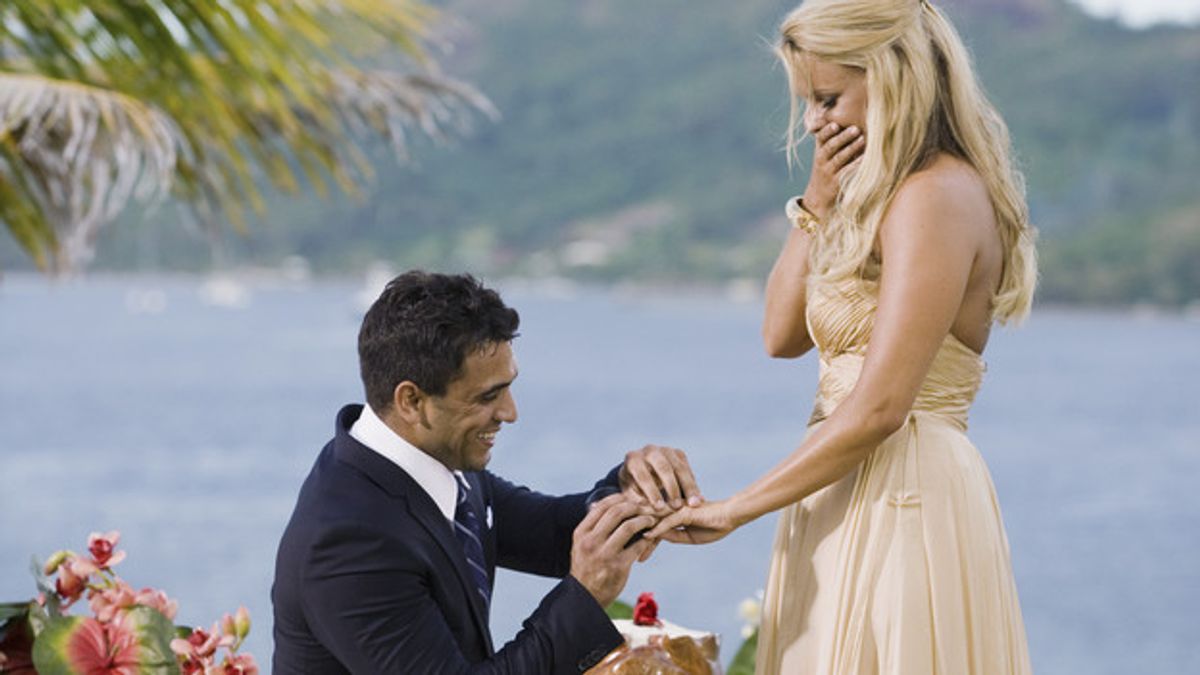 Roberto Martinez proposes to Ali Fedotowsky on the finale of "The Bachelorette."
--

As we at Salon have pointed out, couples made from the "Bachelor" and the "Bachelorette" franchises are often torn asunder by the pressures of their remedial fame. Thank goodness that doesn't stop the pop culture juggernaut from churning out more romance, right?

"Bachelorette" Ali Fedotowsky selected her main squeeze last night, bestowing her final rose on insurance salesman Roberto Martinez. Roberto expressed his desire to have a "beautiful, beautiful family" with Ali and asked her to marry him, to which she -- no surprise -- said yes. MSNBC has the recap of what went down, while People interviewed the second place suitor, Chris Lambton. The L.A. Times asks if spoilers ruined the finale for viewers -- and the war between "Bachelorette" spoiler-king Reality Steve and ABC has reached a rolling boil, according to the Examiner.

Ali and Roberto were on "Jimmy Kimmel Live" last night, and you can watch both parts of their interview below: