The origins of the enthusiasm gap

President Obama's agenda has been big enough to attract fierce opposition, but not bold enough to inspire his base 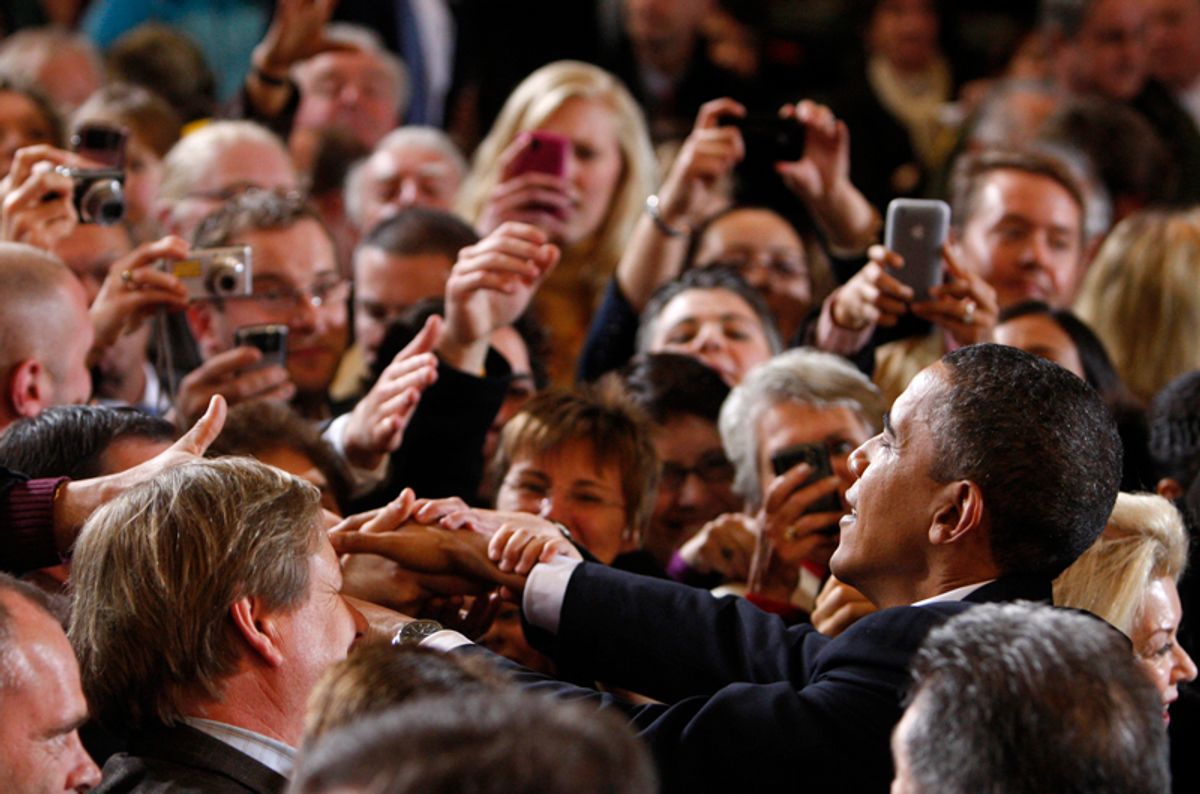 Whatever the outcome of the upcoming midterm elections, the activist phase of the Obama administration has likely come to a close. The president may have a fight on his hands even to hold on to what he’s already achieved because his legislative successes have been large enough to fuel strong opposition but not big enough to strengthen his support. The result could be disastrous for him and congressional Democrats.

Consider the stimulus package. Although it’s difficult to separate the consequences of fiscal and monetary policy, most knowledgeable observers conclude that the stimulus has had a positive effect.

Yet the official rate of unemployment remains above 9 percent, not including millions either too discouraged to look for work or working part-time when they’d rather have full-time jobs. Almost half of the jobless have been without work for more than six months, a level not seen since the Great Depression.

The central problem continues to be inadequate aggregate demand. The administration’s original sin was not spending enough and focusing the stimulus more directly on job creation.

In fairness, no one knew how sick the economy was in February 2009 when Congress approved the initial stimulus. Yet by late spring 2009 the White House knew the extent of the damage and should have pushed much harder for significantly more spending. Almost a third of the initial stimulus, moreover, came in the form of temporary tax cuts, which already had been proven relatively ineffective at spurring demand after President Bush tried them in 2008. And many states were engaging in reverse stimulus policies, slashing spending and increasing taxes. The administration knew its stimulus was not nearly up to the job.

Even so, the initial spending inflamed conservative critics who claimed that it unnecessarily enlarged the federal deficit. And its subsequent apparent failure to reduce unemployment has only added more fuel to the fire. This pattern -- big enough to energize adversaries but not enough to tangibly benefit most people or to gain the enthusiastic support of independent voters and the Democratic base -- has come to haunt almost every major initiative.

The Troubled Asset Relief Program (TARP) was a clear financial success: It brought Wall Street back from the brink of collapse and in the end will likely cost taxpayers well under $100 billion. Yet in a larger sense, TARP also failed.

The bailout of Wall Street had been sold to the American people, by the Bush and then by the Obama administrations, as a way to revive Main Street and protect homeowners and jobs. But it didn’t accomplish these broader goals. Small businesses have had difficulty getting loans. Few homeowners -- according to a recent report by the special inspector general for TARP, only 340,000 of the estimated 3 million to 4 million borrowers who were supposed to receive assistance -- have had their mortgage terms permanently modified.

As Wall Street profits rebounded, TARP increasingly looked to many Americans like a giant political payoff. In a poll taken by Hart Associates in September 2009, more than 60 percent of respondents felt that "large banks" had been helped "a lot" or "a fair amount" by government economic policies, but only 13 percent felt that the "average working person" had been. TARP has fueled Tea Party anger on the right, disillusionment on the left, and cynicism on Main Street.

The recently enacted financial regulatory legislation offers another example. Although the legislation has riled Wall Street and fueled Republican opposition, it lacks many of the large-scale changes reformers were seeking. For example, it neither limits the size of big banks nor explicitly ties banker compensation to long-term performance. And despite Paul Volcker’s entreaties, many risky trades will continue to be subsidized by protections the government accords to commercial banking. In short, the financial reforms do not rule out more bank bailouts down the road -- a specter critics are already exploiting.

The healthcare law, too, is big enough to have unleashed fierce attacks about a "takeover" of the healthcare sector. But it’s not nearly large or bold enough to assure most people truly affordable care in the future. By leaving the system in the hands of private for-profit health insurers rather than building on Social Security and Medicare, the law continues to subject most Americans to escalating costs. Yes, people with preexisting conditions will gain coverage, and those who become seriously diseased can’t be dropped. But most Americans will have to contract with insurers that already have or will be able to gain significant market power.

Reasonable people disagree about whether these initiatives should have been more or less ambitious, but almost everyone falls into one of these camps. And that’s precisely the political problem Democrats now face.

A stimulus too small to significantly reduce unemployment, a TARP that didn’t trickle down to Main Street, financial reform that doesn’t fundamentally restructure Wall Street, and healthcare reforms that don’t promise to bring down healthcare costs have all created an enthusiasm gap. They’ve fired up the right, demoralized the left, and generated unease among the general population.

This leaves the Democrats in a difficult position. They have to prove a negative proposition -- that although these initiatives cost lots of money or require many new regulations, conditions would be or will be a lot worse without them.

The administration deserves tactical credit. It accomplished as much as it possibly could with a fragile 60 votes in the Senate, a skittish Democratic majority in the House, and a highly disciplined Republican opposition in both chambers. Yet Bismarck’s dictum about politics as the art of the possible is not altogether correct.

The real choice is between achieving what’s possible within the limits of politics as given, or changing that politics to extend those limits and thereby more assuredly achieve intended goals. The latter course is riskier but its consequences can be more enduring and its mandate more powerful, as both Lyndon Johnson and Ronald Reagan demonstrated.

So far, Barack Obama has chosen the former course. Despite the remarkable capacities he displayed during the 2008 campaign to inspire and rally Americans behind him, as president he has for the most part opted for an inside game.

Perhaps he didn’t want to risk what he could achieve through inside deals. Maybe by temperament or inclination he is more comfortable with compromise than conflict. It’s possible he implicitly traded a more ambitious domestic agenda for Republican support on foreign policy. Or perhaps he has sensed the increasing polarization of the electorate and didn’t want to further exacerbate it.

Any or all of these hypotheses may be true, but the undeniable consequence has been to erode the capacity of the president and his party to accomplish much more from here on. Still, it is far too early to write an epitaph for the Age of Obama. He may yet surprise. He is, as he reminds us, a most improbable president.