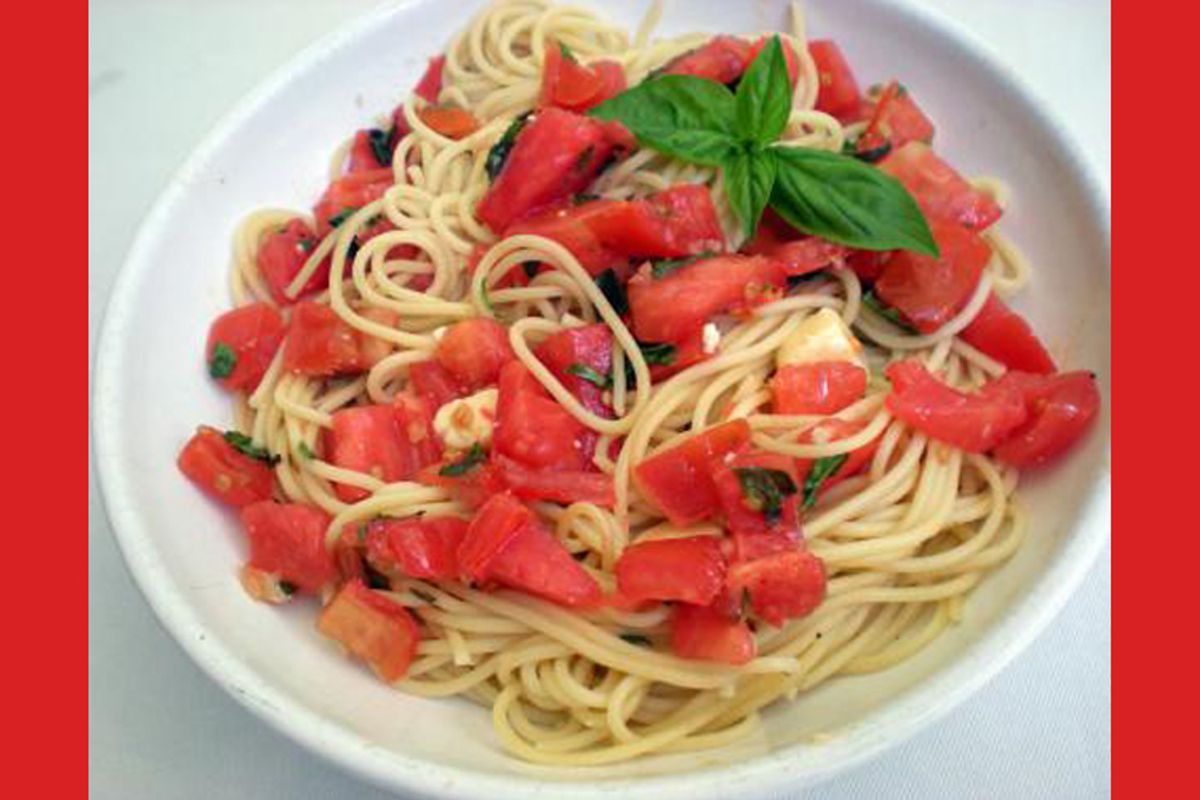 There's an old Guy Clark song about homegrown tomatoes that is stuck in my head.

What'd life be without homegrown tomatoes?

Back when the world was young, I was a gardener and like many gardeners, I prayed for summer rains, juicy homegrown tomatoes and raised garden beds. A few years of vegetable gardening on my hands and knees, combined with successive drought years, cured me of these grand illusions and I got a CSA subscription instead. For those who don’t know about a CSA (Community Supported Agriculture) subscription, it’s kind of like the best of the farmer’s market packed up just for you each week -- including homely homegrown tomatoes -- without all the work.

My biggest and best garden was the summer that I was expecting my first daughter and the nesting urge manifested in the garden; I planted 30 pepper plants, 60 tomato plants, countless cucumbers and zucchini, corn, green beans, pumpkins, watermelon. There was just one little problem: My due date was July 21, right at the height of harvest. When friends and family came to our house to visit the baby, we instructed them to go into the garden and take everything they wanted:  ripe tomatoes -- Big Boy, Better Boy, Green Zebra, cherry tomatoes, yellow pear tomatoes -- cukes and zukes as big as Louisville Sluggers; bell peppers; jalapeños; scotch bonnets. Everything went somewhere else; as new parents, we were too discombobulated adjusting to a baby to deal with a vegetable garden, too.

In the intervening years, I've played around with a garden, but not too seriously. Until last year, Georgia was in a severe drought and growing vegetables with water restrictions wasn't really viable. This summer, I’m a gardener again. In a spot by the house that gets full sun and blistering heat, my husband built raised beds in a structure that he calls the Ultimate Garden Tub -- three sections, each containing a tub filled with soil, and irrigation to boot. My husband is the kind of guy you can give a box of toothpicks to and he’ll create a scale replica of the Taj Mahal. In the spirit of the second part of the mantra "reduce, reuse, recycle" he took three Harvest Gold hexagonal concrete bathtubs and built a surround for them, adding irrigation and posts for a trellis (that's phase II).

The raised beds limit my seedling-shopping splurges, which is a good thing. Here are the tomato and pepper plants -- we’re looking at another few weeks 'til harvest.

One of the glories of summer tomatoes, homegrown or farmer's market, is using the fruit in a light tomato pasta. Chopped beefsteak tomatoes, creamy Fontina cheese and basil from the herb bed are tossed with warm pasta. One pot and one bowl, light cooking and housekeeping.