With exception of Gov. Deval Patrick, national Dems have been mum in face of attacks on "ground zero" Islam center 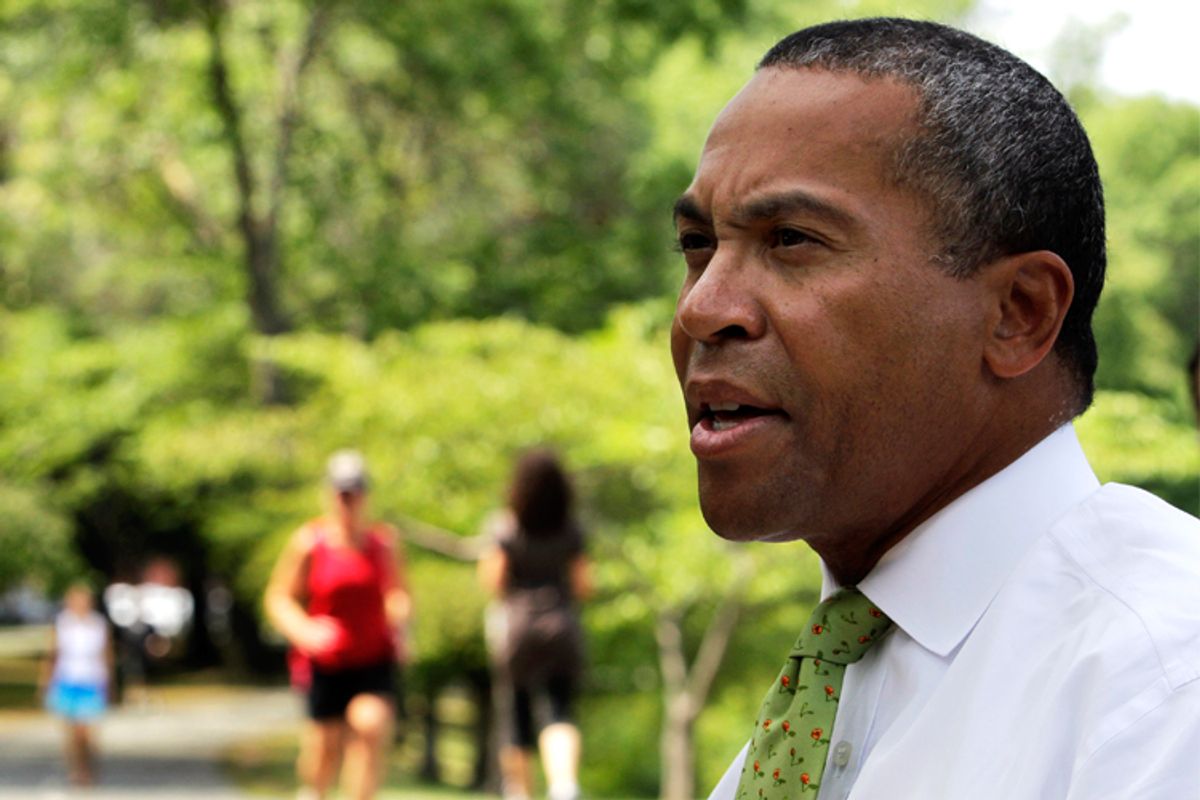 Yesterday President Obama's spokesman pointedly declined to take a position on the planned Muslim community center in Lower Manhattan, calling it a local issue. In fact, prominent conservative opponents of what they call the "ground zero mosque" succeeded in elevating it into a national issue weeks ago.

And yet, Speaker Nancy Pelosi hasn't commented. Neither has Majority Leader Harry Reid. Nor have many of the members of New York's supposedly liberal congressional delegation. And those New York representatives and senators who do support the project have issued milquetoast statements through their spokespeople. Sen. Chuck Schumer's office even used the impressively obfuscating he is "'not opposed"' formulation.

Even though Rep. Jerrold Nadler, whose district includes ground zero, supports the mosque project and has criticized some of the opposition, spokesman Ilan Kayatsky told us today that the congressman is "not getting directly involved."

In fact, the most prominent national Democrat to offer a positive case for the project is the embattled, first-term governor of Massachusetts, Deval Patrick. He came out for the mosque in a radio interview today:

Patrick said during his monthly appearance on WTKK-FM, "The sooner we separate the peaceful teaching of Islam from the behavior of terrorists, the better for all of us."

We've asked the offices of Reid, Pelosi and a few others for comment on the issue, and we'll update if they respond.

For the time being, it's been left almost entirely to Mayor Michael Bloomberg to advocate for religious freedom and private property rights and to respond to the Islamic center's critics.

Greg Sargent and Adam Serwer have more on the consequences of the Democrats' silence on this issue. And Jonathan Chait explains why this is one that will be remembered:

This episode is a major statement about American pluralism, minority rights and America's ability to make the necessary divide between moderate and extremist Muslims. A lot of people are going to eventually feel ashamed about where they stood.

Or where they didn't stand.