Beck vs. Beck on the Sherrod facts 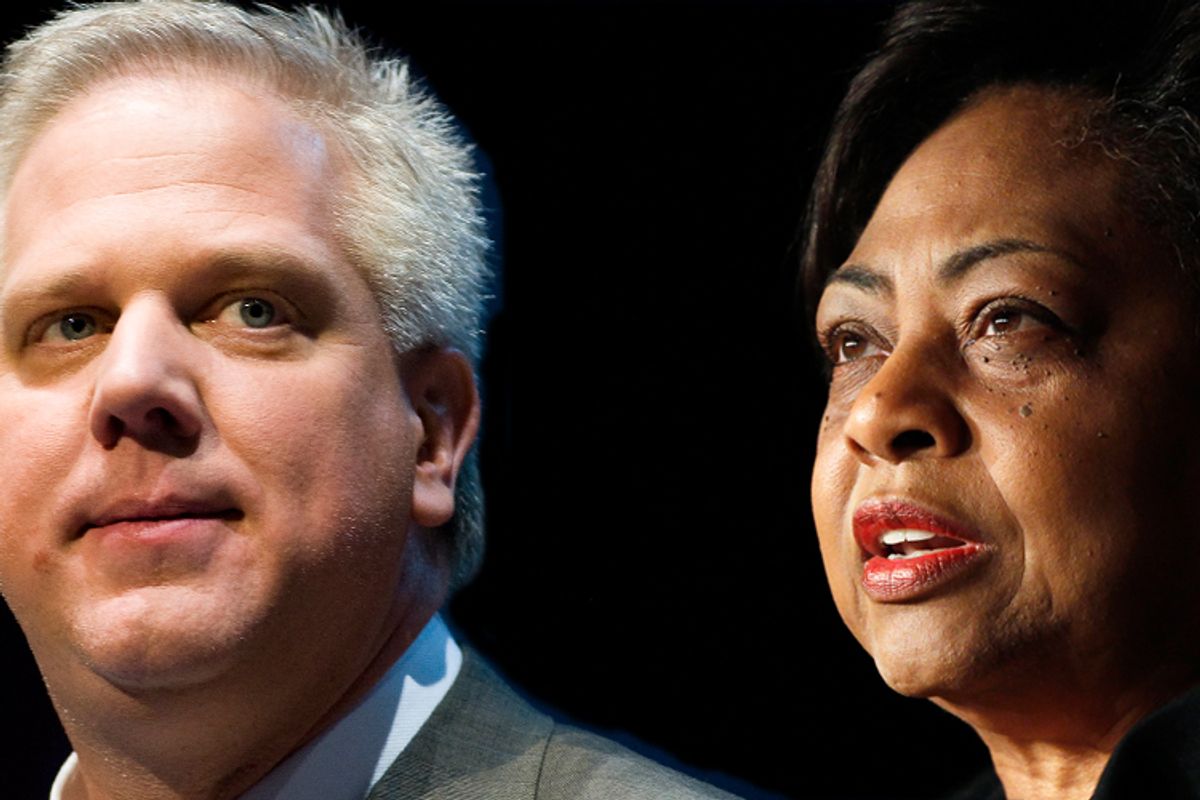 No sooner had last week's thrilling episode about the smearing of USDA official Shirley Sherrod appeared in this space than the indignant letters and e-mails began. Evidently, Glenn Beck has his acolytes well-trained. "Damnable liar" and "fraud" were two of the nicer epithets. Supposedly, I'd "knowingly smeared" the Fox News weeper "to advance (my) agenda."

Subjected to a similar barrage, a normally unflappable editor curtly informed me that "if you would double-check your facts, it might save us a whole lot of time."

Ah, but I had, you see. And therein lies an instructive little tale.

First, here's the offending passage from last week's column: "The assault on Sherrod ... was so mean-spirited, crass and dishonest, not to mention so astonishingly stupid, that even Fox News provocateurs like Bill O'Reilly and Glenn Beck -- after initially falling for the hoax -- were pretty much forced to apologize. I expect O'Reilly actually meant it."

I gave O'Reilly the benefit of the doubt out of personal experience. The man can be a blowhard, and frequently goes off half-cocked. Having appeared as a guest on his program, however, I know that he also has the self-confidence to book dissenters from his worldview, and lets them finish sentences. That's more than you can say about Beck, Limbaugh and talk-radio cult leaders generally.

What got Beck's fans stirred up, however, was that his "apology" took the form of an elaborate falsehood. Because, in reality, the self-proclaimed "rodeo cowboy" (has anybody ever seen him in an arena?) had fallen for right-wing provocateur Andrew Breitbart's deceptively edited video of Shirley Sherrod's speech hook, line and sinker.

But something funny happened in between Beck's morning radio program on July 20 and his afternoon TV show. Thanks to the Atlanta Journal Constitution and CNN, Breitbart's little hoax had begun to fall apart. Sherrod had vigorously contested the mischaracterization of her speech to the NAACP. The "white farmer" whose property she saved defended her honor.

No sooner had a craven Obama White House forced Sherrod's resignation than she began to look like an American heroine.

So Beck went on television to cover his tracks. "I don't think Shirley should have been fired -- or, I'm sorry, forced to resign," he manfully announced. "Based on the facts that we have right now, this is something that I wouldn't air and demand a resignation on."

Beck said a fair-minded journalist like himself wouldn't have broadcast the video clip of Sherrod because "context matters."

Hence the barrage of furious e-mails from Beck's credulous followers. Why, far from piling on Shirley Sherrod, he'd stood up for what the old Superman TV show called "truth, justice and the American Way." Unlike me, Beck deals in facts, not innuendoes and lies.

Alas, the fact is that Beck had already aired snippets of Breitbart's tape on his radio program -- out-of-context renderings of what was already out of context. Don't believe me? You can still hear the fool thing on Beck's website, or alternatively at Media Matters.

"We have videotape of a USDA administration official discriminating against white farmers," Beck announced. "And she says 'I just stood there and looked at this white farmer. And I sent him to one of his people.' Excuse me? Have we suddenly transported into 1956, except that it's the other way around?

"Does anybody else have the sense that there are some that just want revenge? Doesn't it feel that way? That there are some, and I believe we are talking about a minuscule amount -- I don't think African-Americans buy into this at all -- but the people like the Black Panthers, and whites like the Weather Underground ... it goes to what we were talking about, this collective salvation. Make them pay. Make them pay. That's not what salvation's all about. ... You tell me what part of the gospel is teaching that?"

There was more, all in the same vein.

No context, no skepticism, no journalism whatsoever. Hook, line, sinker.

Exactly one of the angry e-mailers to whom I forwarded the URL saw fit to apologize. Boo hoo hoo.

Time was when a journalist dissembling about his own recorded words, for heaven's sake, would have fallen into disgrace and out of a job. At the provincial level, that's still true. I'd expect to be sacked for such egregious misbehavior, which, possessing a sense of honor, I'd never imitate.

For the national political press, those days ended during President Clinton's first term. Much of the "mainstream" media now operates by Hollywood rules: Stardom brings big money and freedom from accountability. So long, that is, as one can avoid offending the Soviet-style propaganda apparatus that's arisen on the Republican far right.

But no, "both sides" don't do it. Berated for years about "liberal bias," many otherwise sensible citizens don't understand that for better and worse, the Democrats have nobody like Andrew Breitbart or Glenn Beck.