The science of the booty call

An evolutionary psychologist breaks down the mating habits of 20-somethings -- and it's anything but p.c. 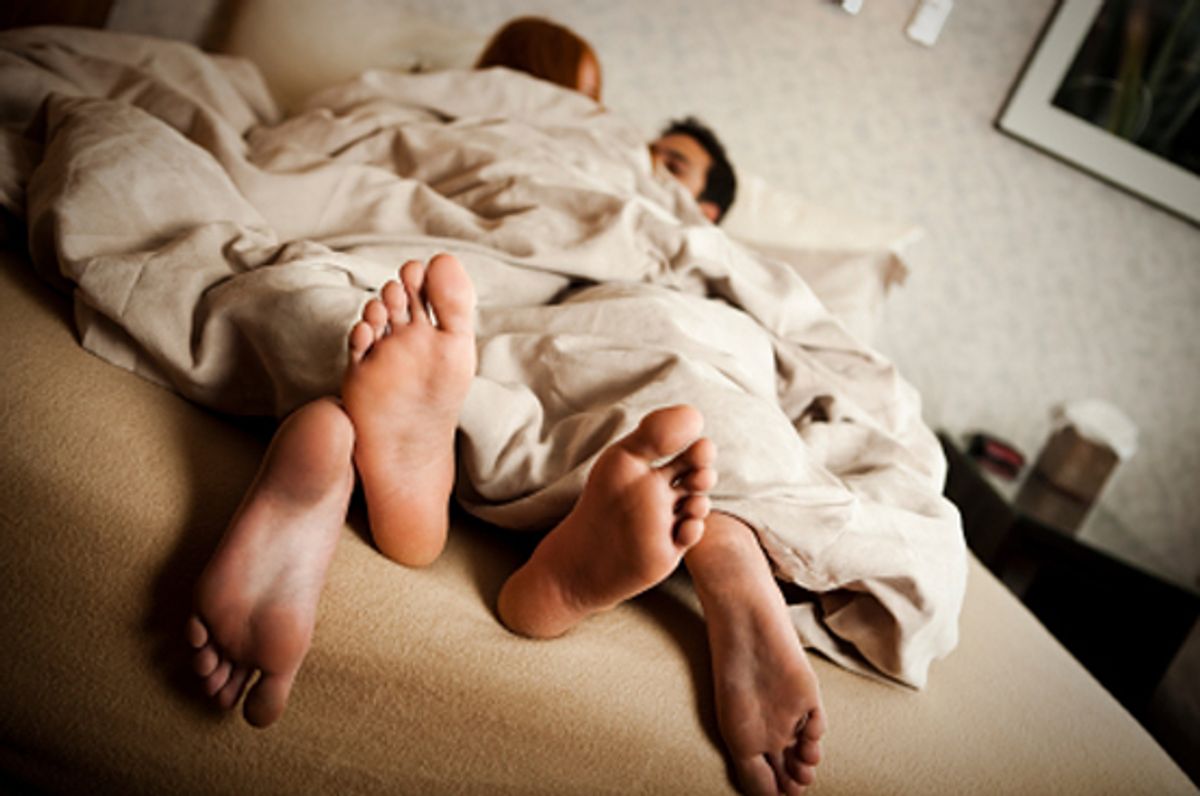 Peter K. Jonason is a booty-call expert. Only, his expertise comes not from late-night drunken text messages but from authoring academic studies on the mating habits of the American college student (which is to say: booty calls).

The University of South Alabama psychology professor's latest scientific treatise on the subject, "Positioning the Booty-Call Relationship on the Spectrum of Relationships," takes a look at the ins and outs, so to speak, of "fuck buddies." As with most of his past research, and the field of sex research as a whole, it is deeply fascinating. But those of us who like to believe that we are more than our primal urges, and that men and women are not mortal enemies, may find his conclusions, which rely heavily on evolutionary psychology, a bit unnerving.

I decided to give Jonason a ring to chat about the science behind casual sex, and to flirt with political incorrectness. The resulting conversation had me seesawing between indignant outrage and fatalistic despair. Enjoy.

What did you discover from your research about how booty calls compare to committed, monogamous relationships?

They are more sexual, as in they include a wider range of sexual acts than one-night stands do. But they are also less emotional than one-night stands. In booty-call relationships, people don't seem to to do things like hold hands and other emotional acts, because partners have a vested interest in maintaining what I'll call the convenient arrangement. Basically, they don't want to do anything that would potentially mess that up -- for instance, by doing things that connote a desire for a greater emotional connection.

The terms of relationships are always negotiated -- on the basis of the value of the individual, the degree to which their partner wants them and how many other available partners there are.

Speaking of negotiation, a past study of yours referred to the booty call as "a compromise between men's and women's ideal mating strategies." How so?

According to basic evolutionary theory, the sex that is biologically obligated to invest the most in offspring is going to be the choosier sex, and that's women. Men and women have divergent biological interests, so they are in conflict. How do you solve that conflict? Well, if you engage in a one-night stand, the man essentially wins, and the woman loses. The opposite of that is a committed relationship: A guy puts all his potential mating effort into a single partner and she wins, she gets all of his investment.

The booty call is a compromise, because neither partner wins and neither partner loses. A man's attitude is often "I'm not gonna commit until we have sex," and a woman's attitude is "I'm not going to have sex until you commit." With the booty call, a woman gets some degree of longevity and potential access to mates who wouldn't be willing to commit. In return, men get low-investment sex.

Sex is a common commodity exchanged in heterosexual negotiations. No one is getting exactly what they want but they're getting something close.

How do we explain exceptions to this rule, like men who don't have much of an interest in casual sex or women who are only interested in casual sex? And what about love?

The statement that women are less interested in casual sex doesn't mean they aren't interested in it, it just means that on average women are less interested and less willing to go to bed with a complete stranger than men are. There are, of course, women who do engage in casual sex and there are lots of reasons why they do it. Sometimes they're using men, "gold-digging" being the popular term, or they're indexing their mate value by determining whether they're still attractive.

As for men who settle down quickly: If I'm really ugly, I don't really have the value to go out and get lots of women to have sex with. I have to commit to the first woman who is willing. I have to settle sooner because I don't have value in the negotiation process. When I tell people that a man ideally wants to have sex with a woman between the age of 17 and 25, women will often say: "Oh, well, but my grandpa is really in love with my grandmother!" But if he had the opportunity to have a 25-year-old, you know he would.

We like to lie to ourselves, and I'm sorry to say this is one of the problems with women's magazines. You actually lie to one another and perpetuate these myths because it makes you feel better. Women also punish other women for engaging in sexual acts. Women have a vested interest in keeping the availability of the commodity of sex low because they can ask for more from men. It's microeconomics -- if the supply is low the demand can be high.

Your research makes it clear that women face extreme social costs for sleeping around. So, what's the motivation for women to ever pursue so-called short-term mating strategies?

One, it provides women access to men who may not have been willing to consider her before. Being at least a little willing to engage in sex, women can then create a larger pool of mates. You may get access to more investment from various mates, including physical, material benefits. It can also be a way for her to figure out if she's still attractive -- maybe her boyfriend isn't giving her his time anymore, so she can have sex with some guy and try to feel attractive again.

A lot of what you're saying is obviously very politically and philosophically ... unpleasant. I think most of us have a desire to escape our basic biology, to evolve, to be better.

As much as you want to escape your biology, there it is, in your face. Humans have the illusion that they can escape their biology, but we're just like any other animal, the difference is our leash is longer. It appears that we have all this freedom to make these choices, but we really don't.