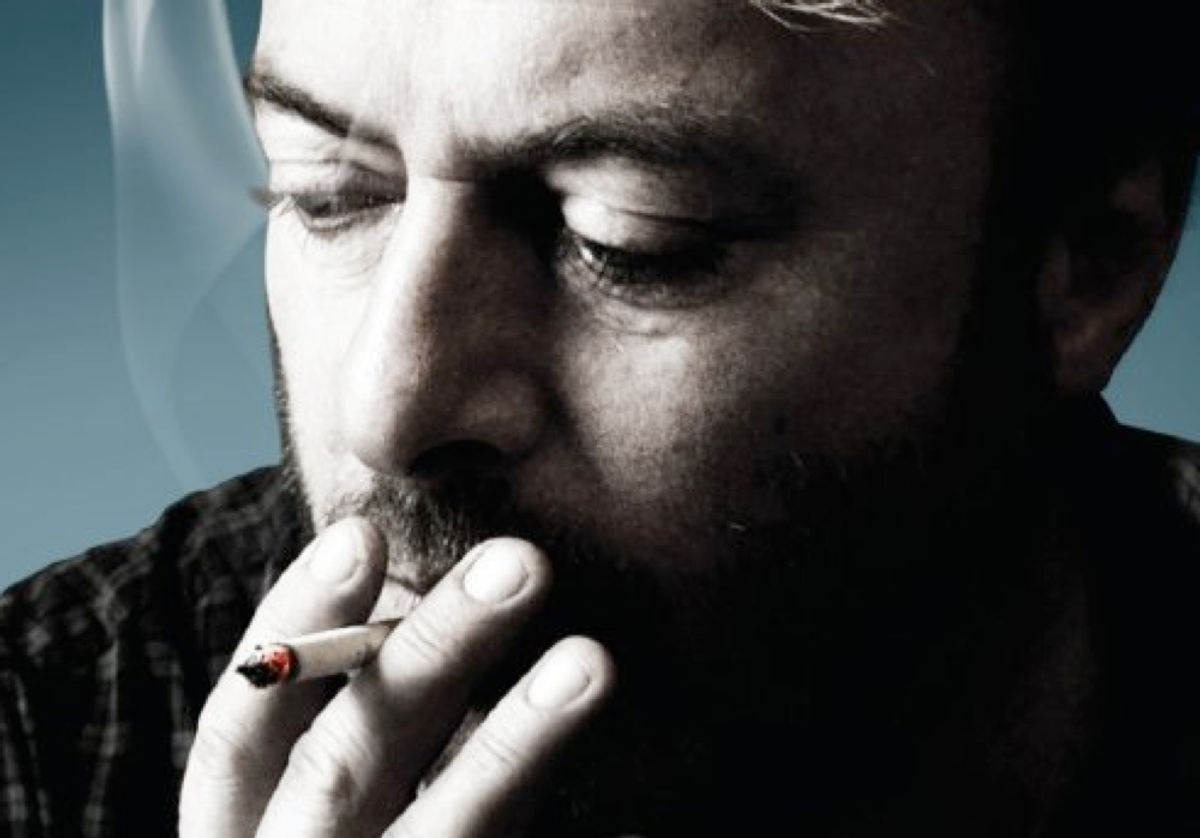 When my friend Michele was a lifeguard, people used to ask her, "Are there sharks in the ocean today?" And she would reply, "There are sharks in the ocean every day." Christopher Hitchens is swimming with the sharks. The possibility of death -- the reality of mortality -- became less abstract for him in June, when, on the brink of publishing his new memoir, "Hitch-22," he was diagnosed with esophageal cancer.

In a brilliant, beautiful and, fittingly, darkly hilarious essay for the new Vanity Fair,  the most seemingly indestructible man in journalism describes his "very short-lived campaign of denial" and "the new land" of sickness with his trademark gimlet eye, chronicling "the way that my razorblade would suddenly go slipping pointlessly down my face, meeting no stubble."

Is this meditation on life's finite nature the beginning of a softer side of a legendarily boozy, cantankerous scribe? Thankfully, no. The 61-year-old Brit who has, in just the past few years, declared women unamusing, wholeheartedly supported the war in Iraq, gone gunning for Mother Teresa and bragged that he drinks enough every day "to kill or stun the average mule" continues to declare "war on Thanatos" and turn a phrase so deftly it'll make your eyes water. He remains a big, fat jerk and a goddamn genius, acknowledging with brutal clarity, "In whatever kind of a 'race' life may be, I have very abruptly become a finalist" and complaining that this whole "boring" cancer thing might spoil his plans "to read -- if not indeed write -- the obituaries of elderly villains like Henry Kissinger and Joseph Ratzinger."

While the contemporary field of journalism is riddled with pigeon-chested tweet monkeys, Hitchens remains the last of the larger-than-life scribes. You won't find too many magazine writers -- let alone men his age -- whose exploits inspire Onion parodies. And so we wouldn't want the iron man to go all Ram Dass now. Yet the eloquent feistiness of Hitchens' story, it turns out, makes a stunning counterpart to author and doctor Atul Gawande's hauntingly stark New Yorker piece this week on "Letting Go."  "Ultimately, death comes," Gawande explains, "and no one is good at knowing when to stop." He writes of a difficult conversation with the sister of a terminal patient, who asks him plaintively, "Is she dying?" Are there sharks in the ocean today?

When, earlier this summer, an elderly family member completed months of chemo, he was none too pleased to get word much too soon after that the cancer had moved to another part of his body. He's started chemo again, and is making plans for his next big adventure abroad. But whether it happens five years from now or three weeks from Tuesday, he is going to die. So am I and so are you and so will Christopher Hitchens. It's just a question of how gracefully we fill the time until it happens, and how authentic to the life we have led we can hope its final act will be.

Despite being an everyday occurrence and a reliable favorite on the evening news, death isn't a subject we gaze too fondly upon when it comes to our loved ones or ourselves. The instinct to rage against the dying light is too strong. Yet we're built to expire; we've got to clear out to make room for the new people. We can, especially if we're fortunate enough to be someone like Hitchens, a guy who really knows how to squeeze a whole lot of living into his stint on earth, aspire to stay as long and as joyfully at the party as possible. Eventually, though, we don't have to go home, but we can't stay here. But don't let me explain it. I'll leave it to an earlier essay by Hitchens, who as usual says everything smarter and better than just about anyone. "We are born into a losing struggle," he says, "and nobody can hope to come out a winner."