Bill Clinton is not the Democrats' 2010 panacea

Let's not get too excited about "the Comeback Kid's" latest resurgence 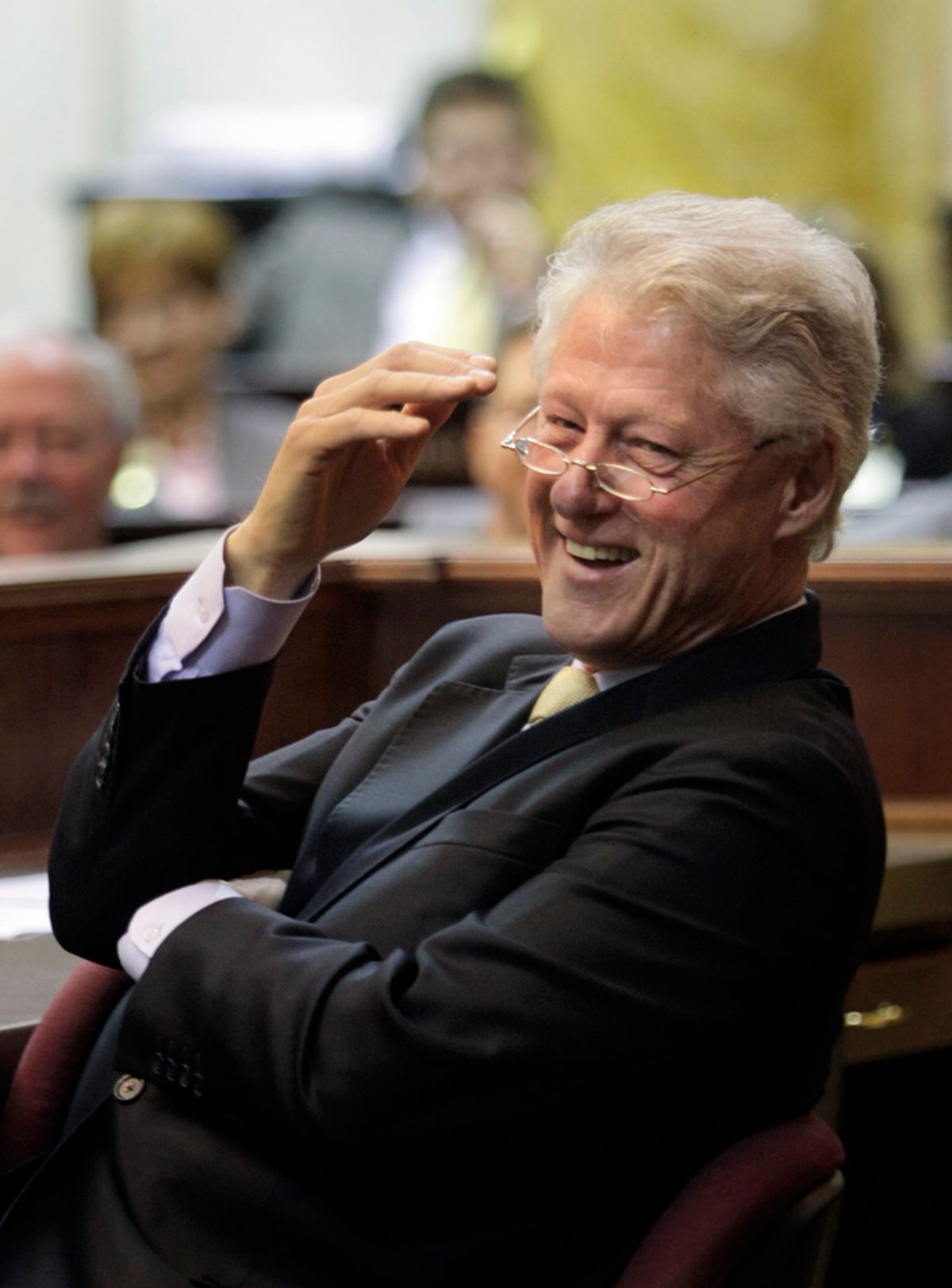 The Atlantic's Joshua Green wrote a column this week that portrayed Bill Clinton as a potential savior for his party this fall, declaring that he's emerged as the "surrogate of choice for embattled" Democrats -- and suggesting that he brings something of a Midas touch to the campaign trail:

In May, he campaigned vigorously for Senator Blanche Lincoln of Arkansas, who won a primary where many had written her off. He helped Mark Critz win a special House election in Pennsylvania that Republicans should have taken easily. In Colorado, his endorsement of Andrew Romanoff in the Democratic Senate primary helped turn what had looked to be an easy race for the incumbent, Michael Bennet, into a tight one -- much to the chagrin of the White House, which had put its support behind Bennet.

Let's not get carried away here. The idea that Clinton was the reason -- or even a major reason -- for all of these developments is ... questionable.

For instance, his entire campaign activity in Colorado consists of allowing his name to appear on one campaign e-mail that was sent by Romanoff's team. And while Clinton did personally campaign in Pennsylvania, Critz's surprisingly large margin there could just as easily be attributed to a Democratic turnout bump: The May 18 special election in PA-12 coincided with a hotly contested Democratic Senate primary between Arlen Specter and Joe Sestak. The action on the GOP side was much more subdued.  (Or maybe it was a backlash against that weird Nancy Pelosi ad that Republican ran that won it for Critz!) The case for Clinton's role is strongest in Arkansas, but it comes with an asterisk, because of his native son status.

Moreover, if we're going to claim that Clinton's name on e-mail is enough to vault an also-ran into the lead in a race, then what accounts for his failure to move any votes with multiple, in-person campaign appearances in other key races? The truth is that surrogates like Clinton just don't have a huge effect on campaigns. Sure, they can help, but it's almost always a mistake to give them too much credit, or to automatically connect their involvement with the final result.

To be fair, the Clinton "resurgence" that Green writes about is a nice story. Given the beating he took in 2008 (when, I guess, his vote-attracting surrogate powers weren't working) for some of his comments about Obama, it's nice to see him back in good standing with his party's rank-and-file -- and with Americans in general. But there's really no surprise that this has happened: As soon as the '08 campaign was over, he went back to being a former president, and Americans tend to like their former presidents.

Clinton himself knows how this goes. As the midterm elections in 1994 approached, Democratic candidates across the country were avoiding then-President Clinton like the plague. His approval rating was in the low-40s -- slightly under where Obama's is now. At the same time, the last Democratic president, a man who had been drummed out of office in a 44-state landslide, was engaging in some highly visible freelance diplomacy -- and Americans loved it: In an October '94 poll, Jimmy Carter's favorable rating among all voters stood at 68 percent (with just 14 percent viewing him unfavorably). Clinton's, needless to say, was much lower.

Sixteen years later, we're seeing the same basic dynamic. Obama's numbers are down -- as they should be, given the state of the economy. And the last Democratic president's are up, as they should be. It's an interesting development, yes, but not exactly a surprising one.