The Fed is Obama and the Dems' best bet for '12 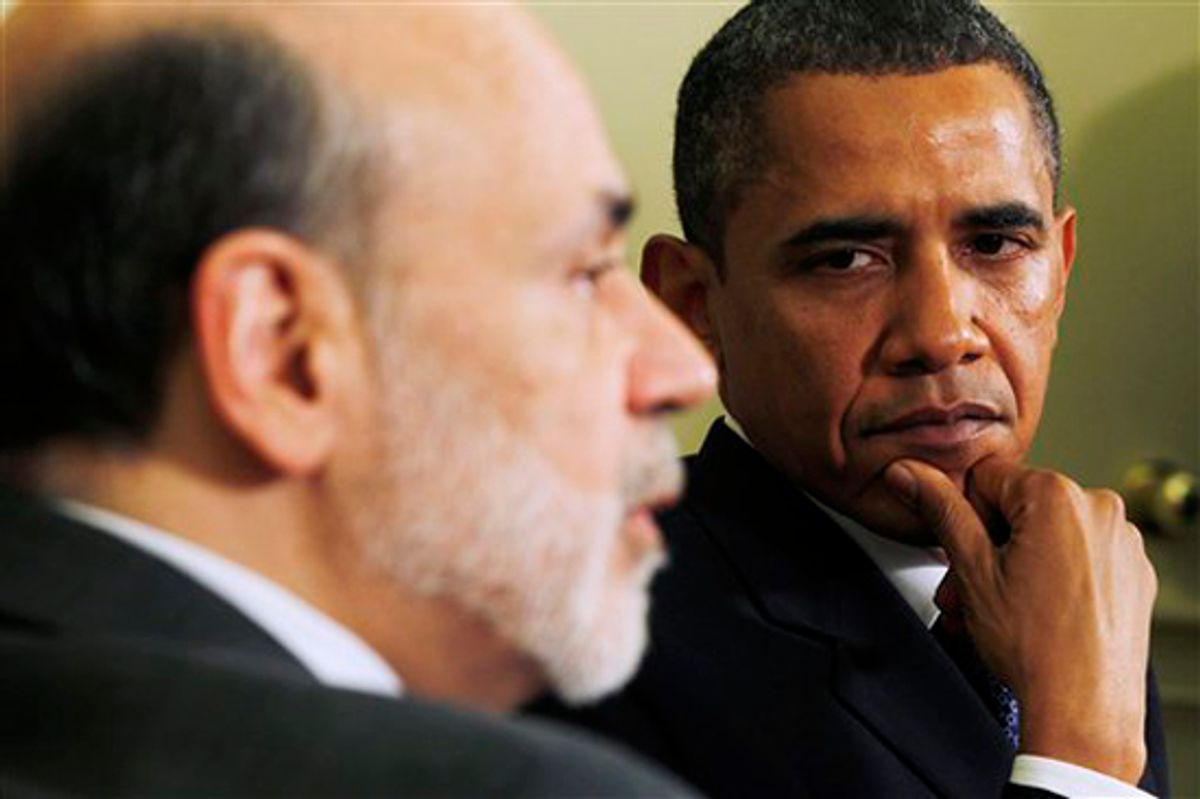 It's shocking to me how little attention is being given to the Federal Reserve by the Obama administration and its supporters. Consider the following list of statements:

1. The economic downturn has been severe. The history of financial crises suggests that recovery may be long and difficult, particularly if the U.S. enters a deflationary spiral.

3. The Federal Reserve plays the most important role in determining short-term macroeconomic outcomes.

4. While interest rates are at the so-called zero bound, the Fed could take other steps to try to stimulate the economy.

5. Some officials at the Fed are concerned about inflation; this appears to be limiting its aggressiveness.

6. Obama's Fed appointees are likely to be inclined to try to stimulate the economy. Their confirmation could help tilt the balance toward more aggressive measures.

7. There are significant lags in macroeconomic policy, which make swift action by the Fed especially important.

8. If successful, these measures could help millions of Americans who are struggling to make ends meet during the deepest downturn of their lifetimes.

9. The economy plays the most important role in presidential approval and presidential election outcomes. If economic growth does not improve significantly, Obama's approval ratings will decline and he is likely to be defeated in his re-election campaign.

I think most sophisticated Obama supporters and administration officials would agree with each of these statements, but few besides Matthew Yglesias seem to understand their combined implications. The economy drives American politics, and it's stuck in a ditch. Absent a macroeconomic miracle, the Fed is Democrats' best hope for getting the recovery moving, and their only direct leverage is Obama's appointment power. So why does no one care that Peter Diamond's Fed nomination was blocked yesterday? As bizarre as it sounds, there is no bigger issue in American politics right now in terms of the potential effects on future electoral outcomes.