The wife of late John Lennon says she couldn't agree to terms with Apple Inc. and record label EMI 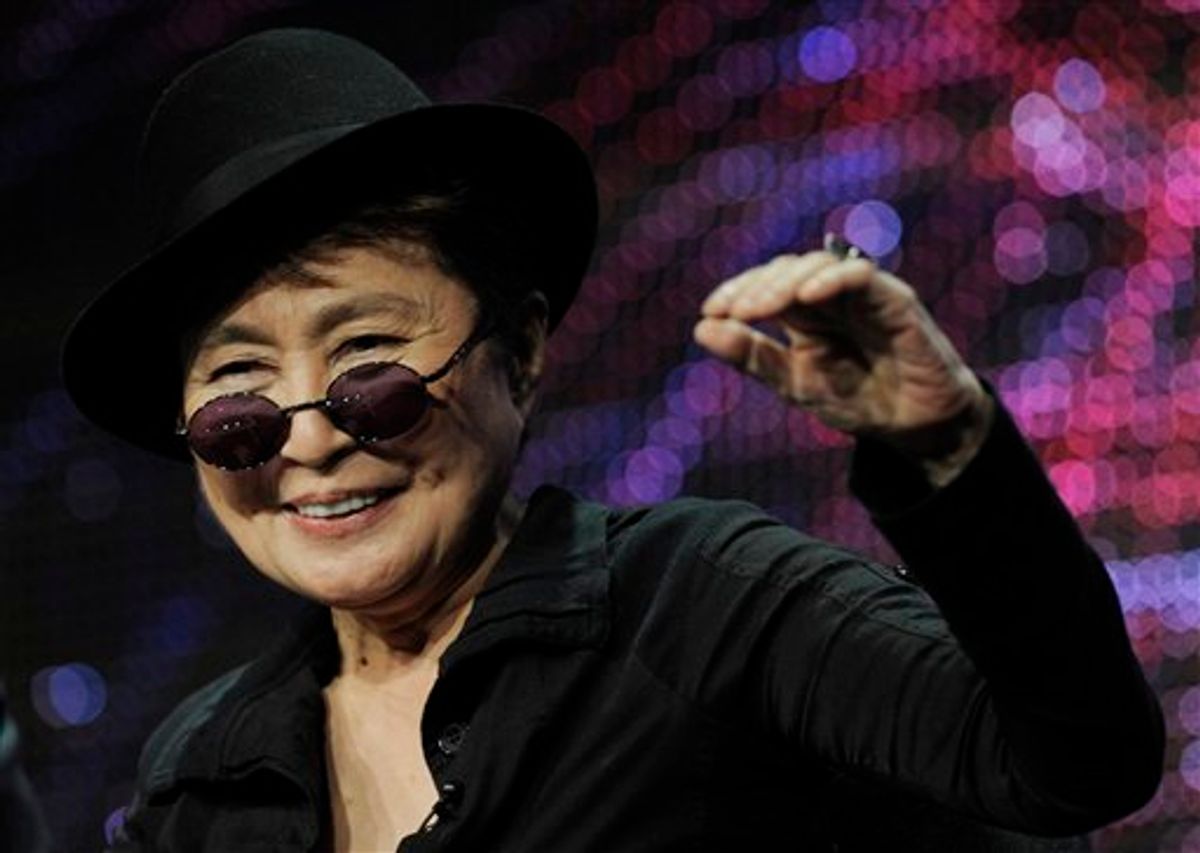 First she splits up the band, now she withholds their music.

Yoko Ono, widow of the late John Lennon, says that the Beatles' music will not be available anytime soon on iTunes, the world's largest music retailer. Reuters reports that Apple Corps (not to be confused with Steve Jobs' Apple) -- the Beatles' holding company, of which Ono owns a quarter -- was unable to agree on terms with EMI Group, which licenses the group's recordings.

Then there's Apple Corps' dispute with Apple Inc. (the one with Steve Jobs), which has near-decade-long roots since their trademark dispute. "Steve Jobs has his own idea and he's a brilliant guy," says Ono, who was in Los Angeles to promote the upcoming PBS documentary "LENNONNYC." "There's just an element that we're not very happy about, as people. We are holding out."

Ono gave no further details on the matter but insisted that her comments didn't reflect the opinions of the three other Apple Corps partners, Paul McCartney, Ringo Starr and Olivia Harrison, widow of George Harrison.

A sign of hope for Beatlemaniacs wanting to buy a digital copy of "Can't Buy Me Love"?

Not really.  In a 2009 interview with Entertainment Weekly, McCartney pretty much said what Ono is saying now. "It’s a bit of a sticky issue. We want it to happen. The record company was taken over by new people quite recently, so there is a gridlock of sorts. I’d like to make it happen."