We're even deeper in the hole 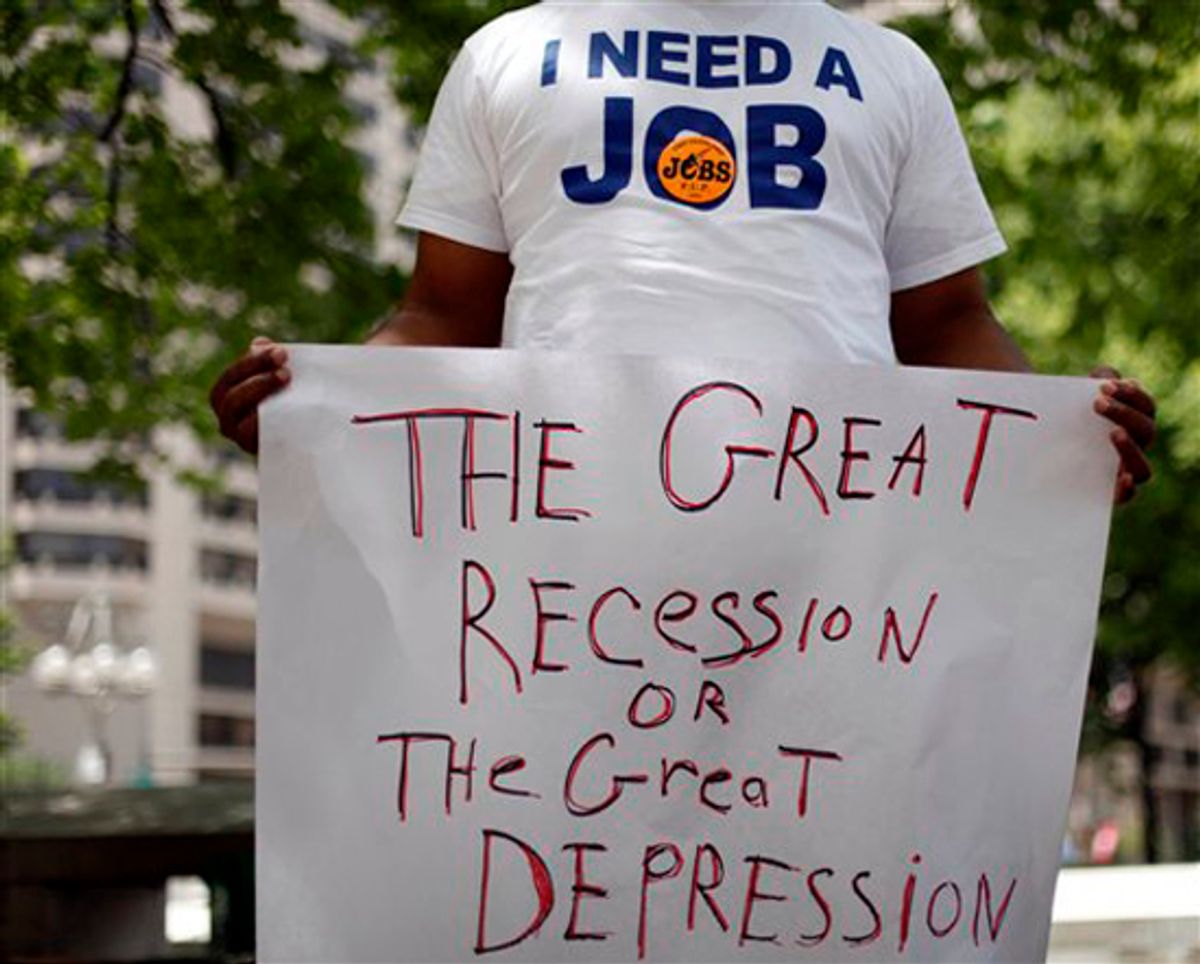 Frank Wallace who has been unemployed since May of 2009 is seen during a rally organized by the Philadelphia Unemployment Project, in Philadelphia, Wednesday, June 23, 2010. Initial claims for jobless benefits fell by the most in two months last week, but remain above levels consistent with healthy job growth. (AP Photo/Matt Rourke) (Matt Rourke)
--

The economy is still in a deep hole, and we’re not climbing out.

In other words, the hole keeps getting deeper.

(Government Census workers who had been hired in the spring have been let go over the last two months, and shouldn’t really be included in the trend-line calculation. But for the record, 143,000 lost their jobs in July. That leaves about 200,000 Census workers still knocking on doors. Most of them will lose their jobs in August and September.)

The only slightly bright news is that manufacturing payrolls increased by 36,000 in July, but those gains are almost surely going to evaporate in August. Manufacturing expanded in July at the slowest pace of the year as orders and production decelerated.

All this blur of numbers means two things: An extraordinary number of Americans are still hurting. And it’s more important than ever for the US government to step in with a larger stimulus that puts more people to work (a WPA, for example), and tax cuts for people who will spend them (a two-year payroll tax holiday on the first $20K of income).

We cannot get out of this hole without major federal action.