The Will Ferrell and Mark Wahlberg buddy cop parody finally takes down "Inception" with a $35.6 million opening 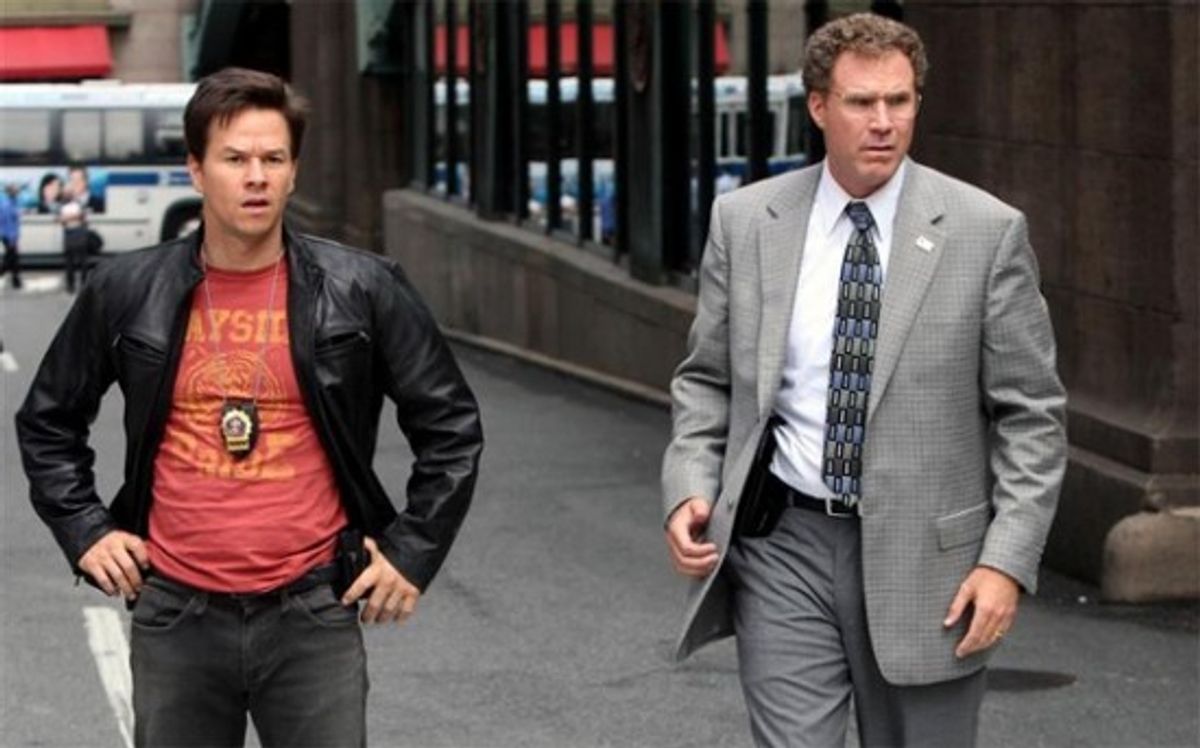 Mark Wahlberg and Will Ferrell in"The Other Guys."
--

"The Other Guys" are the main guys at the box office, knocking off "Inception" to take the No. 1 spot.

The buddy-cop parody starring Will Ferrell and Mark Wahlberg made $35.6 million in its opening weekend, according to Sunday estimates from Sony Pictures.

It's the second-highest debut for a film in which Ferrell has starred, and yet another strong showing for the movies he's made with his frequent collaborator, writer-director Adam McKay. Their biggest opening was "Talladega Nights: The Ballad of Ricky Bobby," which debuted at No. 1 with $47 million in August 2006. "Step Brothers" made $30.9 million and came in second place when it opened in July 2008. And their first film together, "Anchorman: The Legend of Ron Burgundy," opened in second place in July 2004 with $28.4 million.

"Inception," which had been the top film in the country the past three weeks, fell to No. 2 with $18.6 million. Christopher Nolan's mind-bending dream thriller from Warner Bros. has now made $227.7 million since its debut July 16.

Rory Bruer, Sony's president of worldwide distribution, said the studio had a good idea that "The Other Guys" would open at No. 1, but estimated it would make around $30 million. Ferrell plays a nerdy, uptight New York police detective who'd rather solve crimes from his desk than run into danger on the streets. Wahlberg is his hot-tempered, frustrated partner who's desperate for action, and the supporting cast includes Michael Keaton, Eva Mendes, Samuel L. Jackson and Dwayne Johnson.

"The tracking on the film has been really terrific -- just the buzz on the film, reviews are 80-percent fresh on Rotten Tomatoes," Bruer said. "From all the screenings we had on the film, people just loved it and thought it was hilarious so we felt pretty good about it."

Ferrell-McKay productions have a solid track record, Bruer said, because "they're the ultimate funny."

"The chemistry between those two men in regards to comedy is at the top of their game," he said. "They bring out the best of each other."

The fact that "The Other Guys" and "Inception" are both so popular shows that audiences are hungry for a variety of ideas this time of year, said Paul Dergarabedian, box-office analyst for Hollywood.com.

"How much different could these two films be? They both have action elements but that's where the comparison between these two films ends," he said. "That's the cool thing about summer movies: They can run the gamut from silly, off-the-wall comedies to serious, intense fare."

The other new movie opening nationwide this weekend, the dance sequel "Step Up 3-D" from Disney and Summit Entertainment, came in third place with $15.5 million.

Estimated ticket sales for Friday through Sunday at U.S. and Canadian theaters, according to Hollywood.com. Final figures will be released Monday.

Box Office Report The Other Guys