The guy who impregnated Sarah Palin's daughter mulls a career in politics. And we're partly to blame 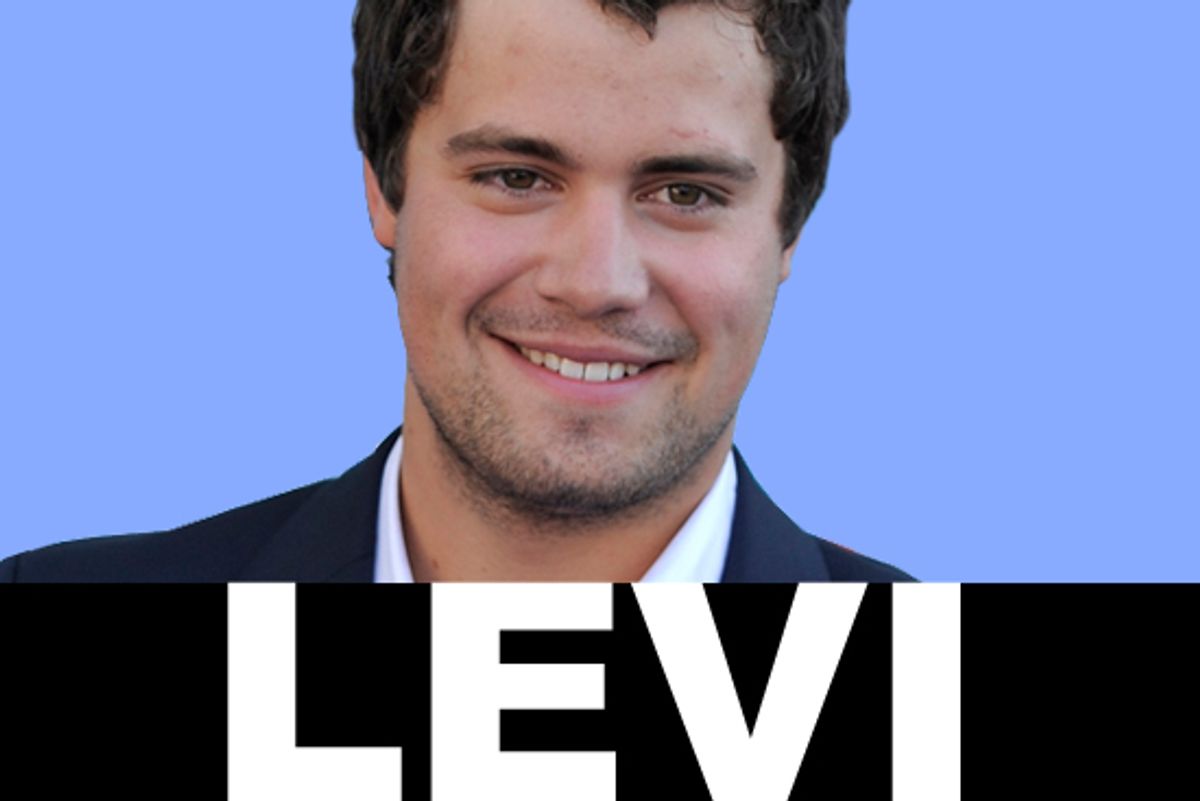 America, we had this coming. We're the ones who named the 20-year-old among the sexiest men living, the ones who TiVoed that episode of "Tyra," the ones who struggled valiantly to keep up with his on-again, off-again romance, after all. Is it any wonder then that the most eligible bachelor in Wasilla, Alaska, Levi Johnston, is shopping around a reality show that will pit the single father and recent Playgirl model against the democratic process itself -- as he runs for mayor of his hometown?

As the world awaits the governor of California's latest action flick, it is perhaps fitting that a man whose qualifications for public office appear to begin and end with impregnating Sarah Palin's daughter should choose a career in public service/reality TV stardom (not necessarily in that order). The show, being shopped around by producers Stone & Co., is tentatively titled "Loving Levi: The Road to the Mayor's Office." That whirring sound you hear is the Founding Fathers spinning furiously in their graves.

Johnston's been quite the busy beaver lately, getting engaged, breaking his engagement, flexing his acting chops in a Brittani Senser music video -- wherein he plays a lovable hunk who cuddles in bed "Herb Ritts-style" and whose girlfriend's mother is a real pill -- and shooting the pilot of what he hopes will become his new show. But what, you ask, is his position on the downtown revitalization project?

Johnston himself may have to get back to us on that. In an interview in Variety on Monday, Johnston confessed he "wasn't thrilled at first about the mayoral campaign concept, which was pitched to him by Stone's Scott Stone and David Weintraub." You can imagine the brainstorming meeting now: We need a hook! Should he try out for the NHL? Go on eHarmony? No, wait, you know what would really stick it to his almost mother-in-law? Running for her old job! A round of vigorous fist bumping undoubtedly then ensued.

And so, because the will of the, uh, people is the only legitimate foundation of any government, Johnston has hired himself a campaign manager. "The more I think about it and look into it," he says, "I think there's a possibility we can make it happen. It's something that I want to do." Yeah, it's all fun and games until The Situation decides that what he wants to do is become secretary-general of the United Nations.

The mayoral election won't be held until 2012, but you've got to have a modicum of sympathy for the poor schmo who  runs against Johnston in this circus. And given the relatively diminutive size of the town, it wouldn't take a whole lot of votes for him to attain Wasilla's highest office. Sarah Palin won in 1996 with just 651 votes, and the current mayor, Verne E. Rupright, won with just 466. What are the residency requirements to vote in Wasilla? Can't all we please just text in, like on "Idol"?

In his conversation with Variety this week, Johnston, who has yet to obtain his high school diploma, explained his multifaceted ambitions: "I'm very different. I lead a crazy life. But it will basically be both worlds, my life in Hollywood and back home, the real country boy that I am." Levi, all we ask is that if you get to the mayor's office, you have someone in your corner who understands reality stardom and the crazy, feet-in-two-worlds life like you do. I think you know what I'm saying. Wasilla, how do you like the sound of Kathy Griffin for city council?