The former governor says she didn't roll her eyes (she did), bloggers say the teacher isn't a real teacher (she is) 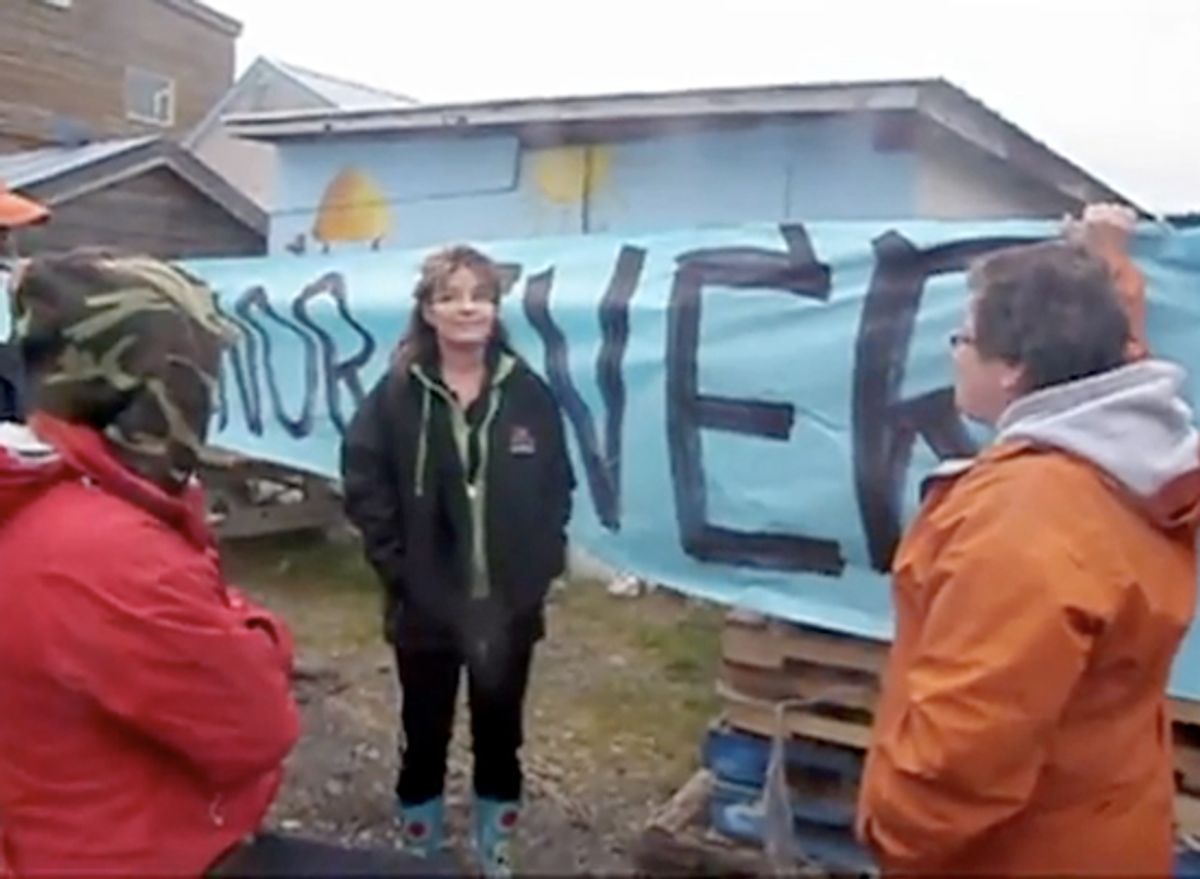 We all know that Sarah Palin's videotaped argument with a woman who hoisted a sign calling her the "Worst Governor Ever" is just a Rorschach test in which her supporters will see the usual aggrieved victim of liberal intolerance and the vast majority of Americans will just wonder why this unpleasant woman is still on TV all the time. But let us at least attempt to get some basic facts right, before the simple act of writing and repeating untruths muddles the issue.

Here, for example, is the centerpiece of Palin's three-paragraph Facebook note on the confrontation:

The LSM has now decided to use this brief encounter for another one of their spin operations. They claim I – wait for it – “appear to roll my eyes” when the lady tells me she’s a teacher. Yes, it’s come to this: the media is now trying to turn my eyebrow movements into story lines. (Maybe that’s why Botox is all the rage – if you can’t move your eyebrows, your “eye rolling” can’t be misinterpreted!) If they had checked their facts first, they would have known that I come from a family of teachers; my grandparents were teachers, my father was a teacher, my brother is a teacher, my sister works in Special Needs classrooms, my aunt is a school nurse, my mom worked as a school secretary for much of her professional life, we all volunteer in classrooms, etc., etc., etc. Given that family history, how likely is it that I would “roll my eyes” at someone telling me that they too work in that honorable profession? Stay classy, LSM.

Given her background, it is, indeed, extremely unlikely that Sarah Palin would "roll her eyes" at someone telling her that they, too, work in that honorable profession. But there it is, in the video. Right at the 1:08 mark. It is actually a fairly exaggerated, cartoonish eye-roll -- not the subtle kind that only your mom picks up on, but one obvious enough to be apparent on a grainy YouTube video.

Not to try to turn eyebrow movements into story lines or anything, but Ms. Palin's the one who devoted an entire Facebook note to debunking one true sentence about her own actions, which were videotaped.

But that is not anywhere near as entertaining as the attempt, by pro-Palin bloggers, to prove that the woman Palin was arguing with is a liar.

Here is the headline from Gateway Pundit:

His source for that claim is some other blogger, who had no reason to believe that Kathleen Gustafson was not a teacher, except that she was somehow affiliated with a local community radio station. Of course, simple searches revealed that she is a licensed teacher who does theater tech. Gateway Pundit's update: "The Palin-haters now claim that “theater tech” is the name of some class they teach in Alaska. Sure it is…"

The best part is that the "Singer in Drag Queen Band" actually means that Ms. Gustafson directed a production of "Hedwig and the Angry Inch" starring, as a Gateway Pundit commenter notes, Jewell's brother. (I like this lady!)