In a defiant speech on the House floor, the embattled New York Democrat insists he won't resign 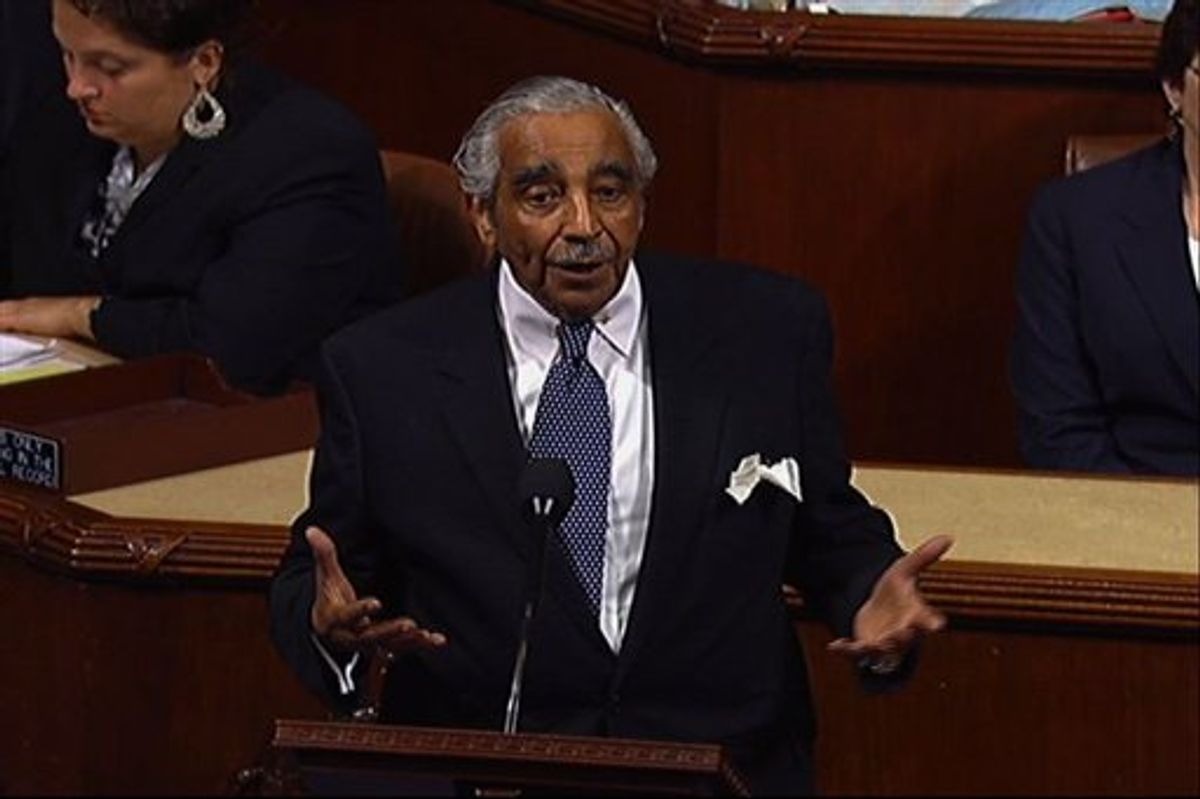 Despite warnings from friends not to speak out, embattled Rep. Charlie Rangel took to the House floor early this afternoon and insisted that he won't resign -- and dared his colleagues to kick him out.

"Fire your best shot and get rid of me through expulsion," the 80-year-old declared.

Rangel, who "temporarily" stepped down as chairman of the Ways and Means Committee in March, has been charged by the ethics committee with 13 counts of wrongdoing; he spent about 20 minutes calling for the proceedings against him to be expedited.

"Hey, if I was you, I might want me to go away, too," he said to his colleagues, many of whom have called for his departure. "I am not going away. I am here."

Currently, an ethics trial is scheduled to start Sept. 13, a day before Rangel will face his district's Democratic primary voters. The trial could last weeks, or even months. He said he won't even entertain the idea of resigning until the proceedings conclude.

Rangel did plead guilty "to not being sensitive" to running a congressional office out of his residence. He said he doesn't take the situation personally and that -- in digging in his heels -- he's actually looking out for his colleagues.

"The president wants dignity," Rangel said. "Let's have dignity in this House where the ethics commitee means something and that none of you, if the newspapers say anything, will have to wait two years before you can say 'no comment.'"

He ended by saying, "I don't expect answers today. But at the end of the day, somebody, somebody has to do more than wish I go away."