A cumin-and-cilantro laced recipe that travels through history, biology and a daughter's memories of her father 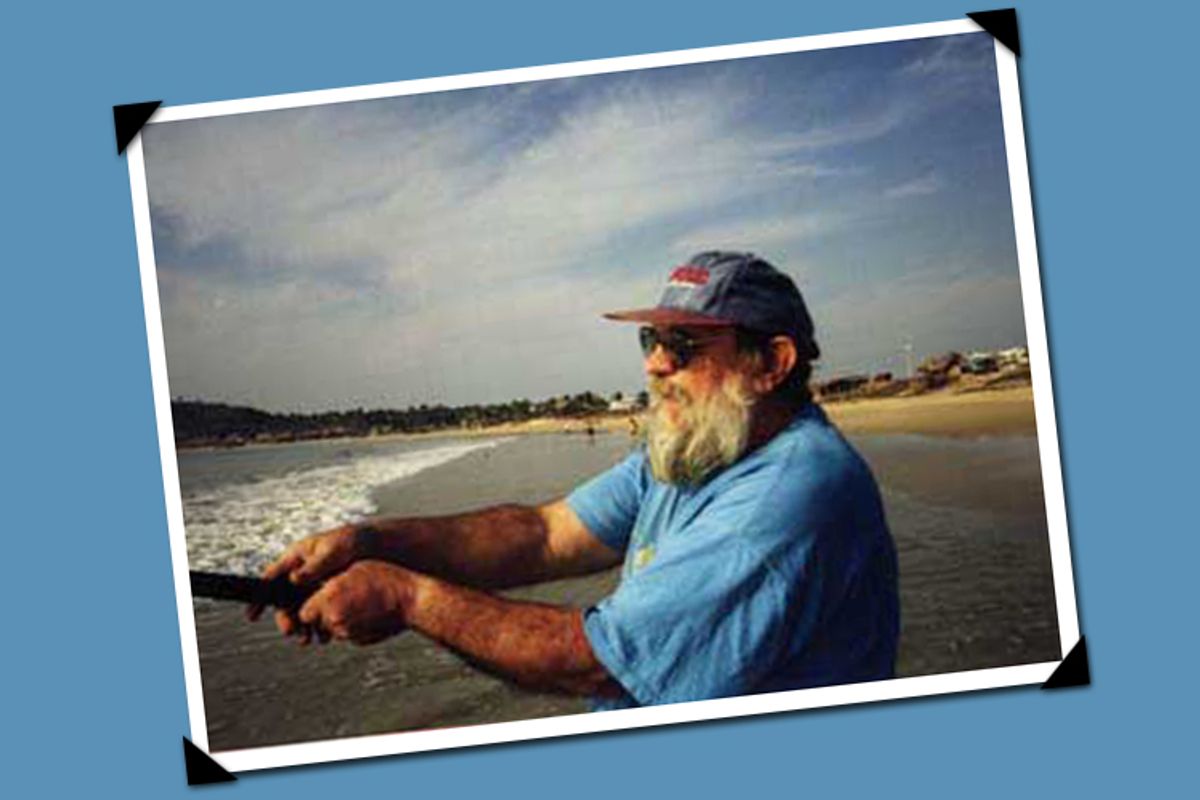 Food is life: sustenance and communion gleaned from the vitality of dirt, water and sunlight. But food is also the other aspect of life: culture, stories, history. Each dish we eat contains the stories, biological, familial and historical, of our species and the species we eat. I can think of nothing more interesting than food: the appeal is visceral, emotional and intellectual.

For example, let's take the dish Hauchinango a la Veracruzana, or snapper cooked in an aromatic tomato sauce.

Tomato plants originally grew wild on the green slopes of the Andes. But it was Mexico, a country near and dear to my heart, that gave us the gift of the tomato as a food. Solanum lycopersicum was first cultivate by the Maya, the Nahuatl and other meso-American tribes. In fact the English word "tomato" comes from the Nahuatl word "tomatl," or "swelling fruit." Sixteenth century farmers crouched at the Nahua market in Tlatelolco (now the heart of Mexico City), tomatoes of different shapes and colors spilling from their baskets: ruddy tomatoes, red tomatoes, yellow tomatoes and, as described in the Florentine Codex, tomatoes the color of "rosy dawn."

Hauchinango a la Veracruzana originated in the state of Veracruz, Mexico, and is traditionally made with Atlantic red sSnapper, Lutjanus campechanus, singular to the Atlantic and the Gulf of Mexico. The dish is also popular on the Pacific coast, where it is made with other varieties of snapper, such as the Pacific snapper, Lutjanus peru. On the coast of Jalisco, where I have spent much of my life, spear fishermen hunt for giant snappers, or pargos, that lurk in the depth of sea caves. The fish are beautiful: scales marbled red and white; serrated dorsal fins like fans of red bone and pink silk; the biggest, oldest fish are marred with the iridescent scars of past escapes.

Fish is integral to Mexican culinary history. Moctezuma, the last emperor of the Aztecs, so loved fresh fish that he established a relay system: Runners from the Gulf of Mexico would pass fish off to runners from the Aztec capitol of Tenochtitlan, enabling the royal court to feast on seafood.

My version of the dish includes limes (Mexico has its own variety, a small bright green lime with a thin peel, originally brought to the country by Spanish and Portuguese explorers in the 16th century), a bay leaf (laurel, the same plant that crowned the emperors of Rome), cilantro (a plant native to the eastern Mediterranean that appears in Sanskrit texts and the Bible), capers (the unopened buds of Capparis spinosa, mentioned in the epic of Gilgamesh, the oldest written legend), and serrano peppers (which come from the hills above Puebla). It is served over rice, which originated in the Yangtze River valley and has been feeding humanity for nearly 5,000 years.

But Hauchinango a la Veracruzana also has personal meaning for me: I remember my late father, who worshipped Diana Kennedy as a minor deity and did a spot-on impression of Julia Child, chopping tomatoes in the kitchen of our house in Oregon, the air suffused with the smell of garlic, "All Things Considered" on the radio, snapper standing by. And I remember eating the dish below the thatched eaves of Restaurant "La Mosca" in Jalisco, Mexico, listening to ranchero music, drinking a Pacifico, and staring out at the deep blue bay, the centerpiece of which was a craggy island we called the "Rock of Time." No doubt pargos lurked in its ancient stone skirts.

This dish is traditionally made with an entire fish. I prefer to use fillets. (If you do want to use a whole fish, the recipe is pretty much the same: just clean and scale the fish and then prick the sides in several places before marinating.) If using fillets, look for thick fillets that won't fall apart as easily. Rock fish is readily available in the U.S., but if you're willing to go nontraditional, the firm consistency of halibut is perfect. In winter, I replace fresh tomatoes with a 16-ounce can of cooked tomatoes. A large cast iron pot is ideal for cooking Veracruzana. Serve over rice with homemade black beans and fresh tortillas. I usually add a sprinkling of Parmesan to my own plate, but I realize that's probably blasphemous.

For the main dish: