A group protests the restaurant's proposal to open in Wales, saying it will "contribute to sexual harassment" 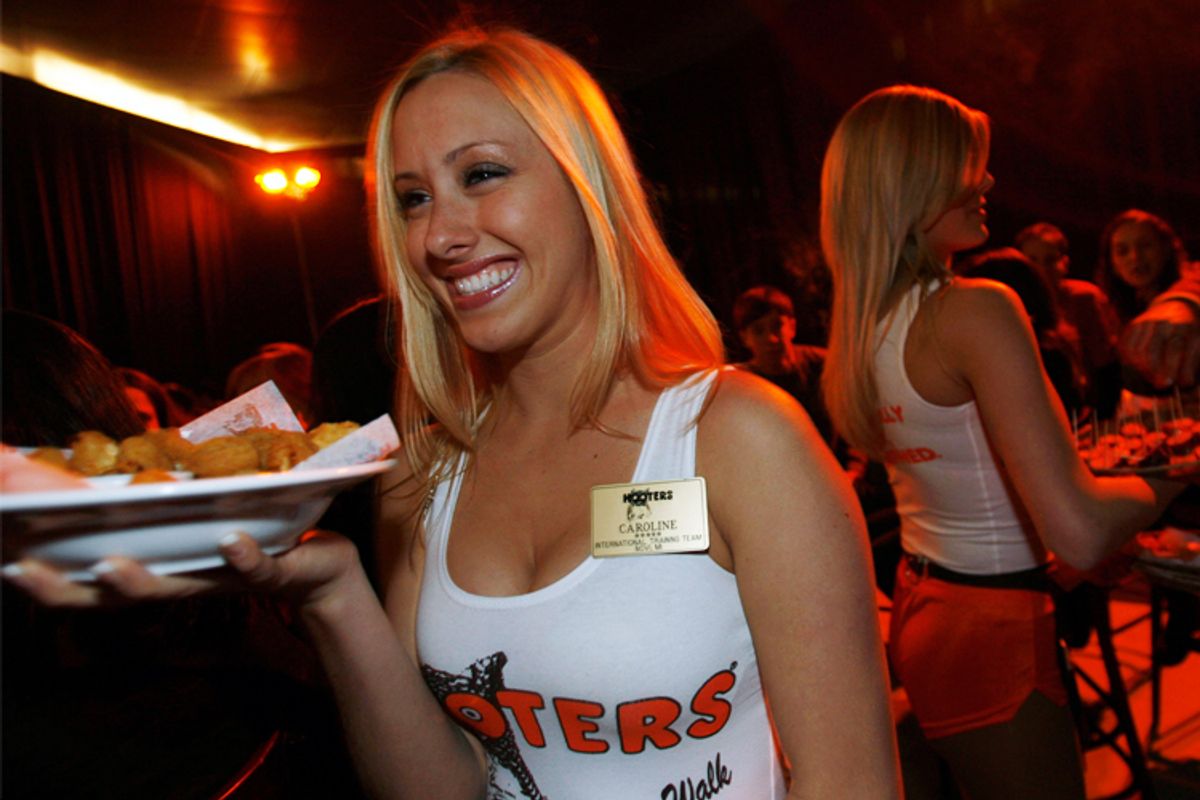 I'm no fan of Hooters, the restaurant. I've always been of the mind that strip clubs -- which sell sex appeal straight-up -- are preferable to Hooter's brand of cowardly, snickering objectification of women. All that said, I must admit to being unsettled by a feminist campaign in Wales to block the Hooters empire from expanding into the city of Cardiff. Sally Hughes, head of the Cardiff Feminist Network, frames the resistance movement like so:

We want to say 'no' to Hooters and sexism in our city. We believe that Hooters would objectify woman and we're concerned that a Hooters in this area of Cardiff will contribute to sexual harassment of women in the city. ... There are big groups which come to the city for stag parties and other events, and we want to make sure the rights of women in the city and women working at Hooters are protected.

It's unclear whether she believes that Hooters will "contribute to sexual harassment" because its waitresses will be harassed, or because the restaurant's mere presence will create a cultural domino effect of harassment. If it's the former, it's true that Hooters managers and other male employees have been hit with sexual harassment suits, which should in no way be excused merely because of the sexed up environment (just as it shouldn't in strip clubs) -- but I'm unconvinced that the number of cases are remarkable, especially considering that the chain has a presence in "39 US states, Asia, Canada, the Caribbean, Mexico and Puerto Rico," according to The Guardian. And, if it's latter, I would love to see her evidence.

There is no question, though, that Hooters objectifies women. As Hooters' own website states:

The element of female sex appeal is prevalent in the restaurants, and the company believes the Hooters Girl is as socially acceptable as a Dallas Cowboy cheerleader, Sports Illustrated swimsuit model, or a Radio City Rockette. ... Hooters Girls have the same right to use their natural female sex appeal to earn a living as do super models Cindy Crawford and Naomi Campbell.

I'm of the mind that if you aren't into that sort of thing, then don't go to Hooters. Vegetarians don't have to go to the Outback Steakhouse; foodies don't have to go to McDonald's; and, no matter how good their wings are, no one is requiring feminists who are grossed out by the Hooters ethos to eat there. Still, more than 200 people have joined their Facebook group, "Say no to Hooters in Cardiff."

The people of the Internet, or at least Facebook, have voted -- but the decision is ultimately up to the Cardiff Council. From my experience, sitting in on a city council meeting is just about the most mind-numbing thing one can do, but I would sure love to be fly on the wall for this particular session.