Your guide to some truly great American wines, made in French style 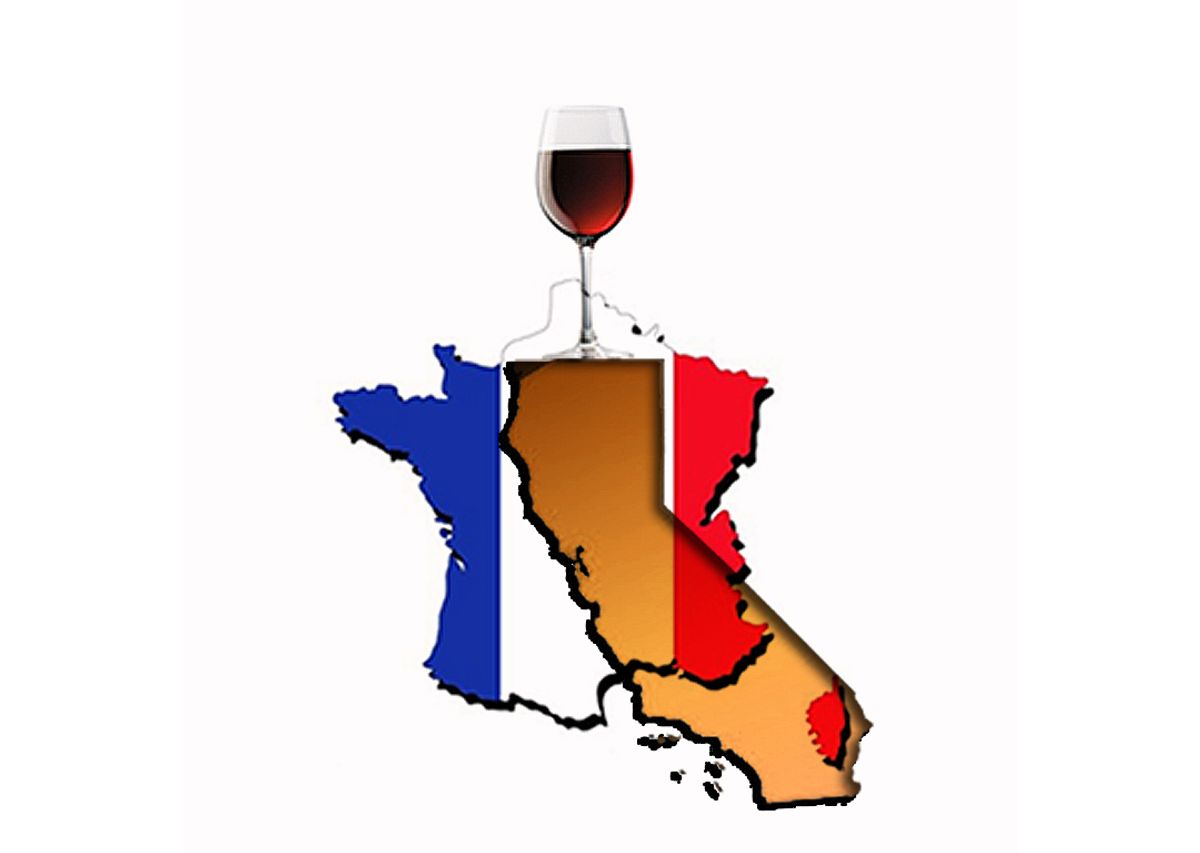 Traditionally, most Old World wines are named for their place: Bordeaux, Champagne, Rioja, etc. But today's wine market is heavily tilted toward grape names, like Chardonnay or Pinot Noir, and the reason is easy to understand: Buying a 2005 Napa Valley Cabernet Sauvignon, for instance, is for most of us a much simpler exercise than buying a 2005 Château Smith-Haut-Lafitte from the Pessac-Leognan subregion of Bordeaux.

Great, we might say. Score one for transparency and straightforwardness! But there's a lot to a name. Both of the wines in the above example are considered to be Cabernet Sauvignon wines, though they are both blended to some degree with wines made from Merlot, Cabernet Franc, and a few other varietals. In order to preserve the integrity of the Napa Valley Cab name, by law that wine must be a minimum of 75 percent Cabernet Sauvignon grapes, and 85 percent of those grapes had to be harvested from vineyards in the Napa Valley. But the Bordeaux wine, an explicit blend, can contain a varying percentage of Cabernet Sauvignon, depending on the year and the style the house is trying to produce. The 1,200 wine estates in Bordeaux, in fact, will all come up with different blends of grapes in their wines. More Cabernet in some, much more Merlot in others, depending on the customs and vintage conditions in their subregions. The blends will change from year to year, as the winemakers try to coax the best possible wines from their vines. The blending becomes an art in itself, one that stands proudly alongside the growing of the grapes.

Now say, back in the USA, that a winemaker wants to produce a wine that emulates a "Bordeaux Blend" -- what is he or she going to call it? Since it's not 75 percent of any particular grape varietal, the wine can't be called by the name of a grape, and in fact U.S. wine laws dictate that it be called simply "Red Wine" or "Red Table Wine." Not too sexy.

About 25 years ago, some frustrated Napa Valley winemakers who wanted to produce Bordeaux-style blended wines got together to address this issue. Agustin Huneeus of Franciscan Winery, Mitch Cosentino of Cosentino Winery, and Julie Garvey of Flora Springs Winery knew that they couldn't call the wines "Bordeaux Blend," as the French would go crazy and the U.S. government agency that approves labels wouldn't go for it. Besides, these winemakers and others that they attracted wanted to create a uniquely American name for their Old World/New World winemaking concept. They formed a loosely knit alliance of about 20 members and in 1988 announced a contest to give their "concept" wines a name. The group received more than 6,000 entries, but chose one submitted by a young Californian, Neil Edgar, who came up with the name "Meritage." The alliance trademarked the name, and awarded Neil a prize of two bottles of the first 10 vintages of each Meritage Alliance member's wine.

The first Meritage wine was produced by Mitch Cosentino: the 1986 vintage of "The Poet." Today, under the dynamic leadership of Kim Stare Wallace of Dry Creek Vineyard in Sonoma, there are more than 200 Meritage (rhymes with "heritage") members, most of them in California, but with member wineries in 20 states, including New York, New Jersey, Arizona, Colorado, Michigan, New Mexico, and Virginia, and even members from Argentina, Australia, Canada, Mexico, and Israel (for a full list of Meritage Alliance members go to www.meritagewine.org).

So, what constitutes a Meritage wine? First of all, the wine must be made from a blend of at least two traditional Bordeaux grapes -- Cabernet Sauvignon, Merlot, Cabernet Franc, Malbec, and Petit Verdot for reds, Sauvignon Blanc and Semillon for whites (more than 80 percent of Meritage wines are red). Second, no varietal can exceed 90 percent of the blend. This is probably why some of the most famous "Bordeaux blend" wines -- Opus One, Rubicon, Insignia, etc., are not members of the Meritage group, as these wines often exceed 90 percent Cabernet Sauvignon.

I can't make a blanket statement about what a "typical" Meritage wine tastes like, because there is no typical Meritage wine. A wine made from grapes grown in Colorado or Michigan is sure to taste different from a wine made from grapes grown in the Napa Valley. Also, some of the wines are more Merlot that Cabernet, some are more Cab than Merlot. Some wines are released in their youth, some are aged for years in barrel and bottle before release. What I can say about the red wines is that they are uniformly full-bodied wines, best served with hearty foods, and that all of the wines I tasted are capable of aging, some of them for a very long time. The whites, though they never really caught on, probably due to the lack of Chardonnay in the blend, are very attractive: medium-bodied, juicy but dry.

Red Meritage wines produced in states other than California tend to be a bit lighter than their Golden State counterparts, often lower in alcohol, and less oak-driven. Although their lack of drama might not blow away wine writers and critics who are tasting the wines on their own, these are attractive wines when paired with food.

Below are some fine Meritage wines to consider. Several of these will be easy to find in local wine shops -- don't hesitate to ask your wine merchant to order these wines if you don't see them on store shelves -- but for others, especially those made in states other than California and New York, you'll probably have to order directly from the winery via the Internet. Note that many of these wines are quite expensive, but there are some good values in this category, too.