Tocqueville warned against bribing the public with government largess, claims a Fortune columnist. Uh, not quite 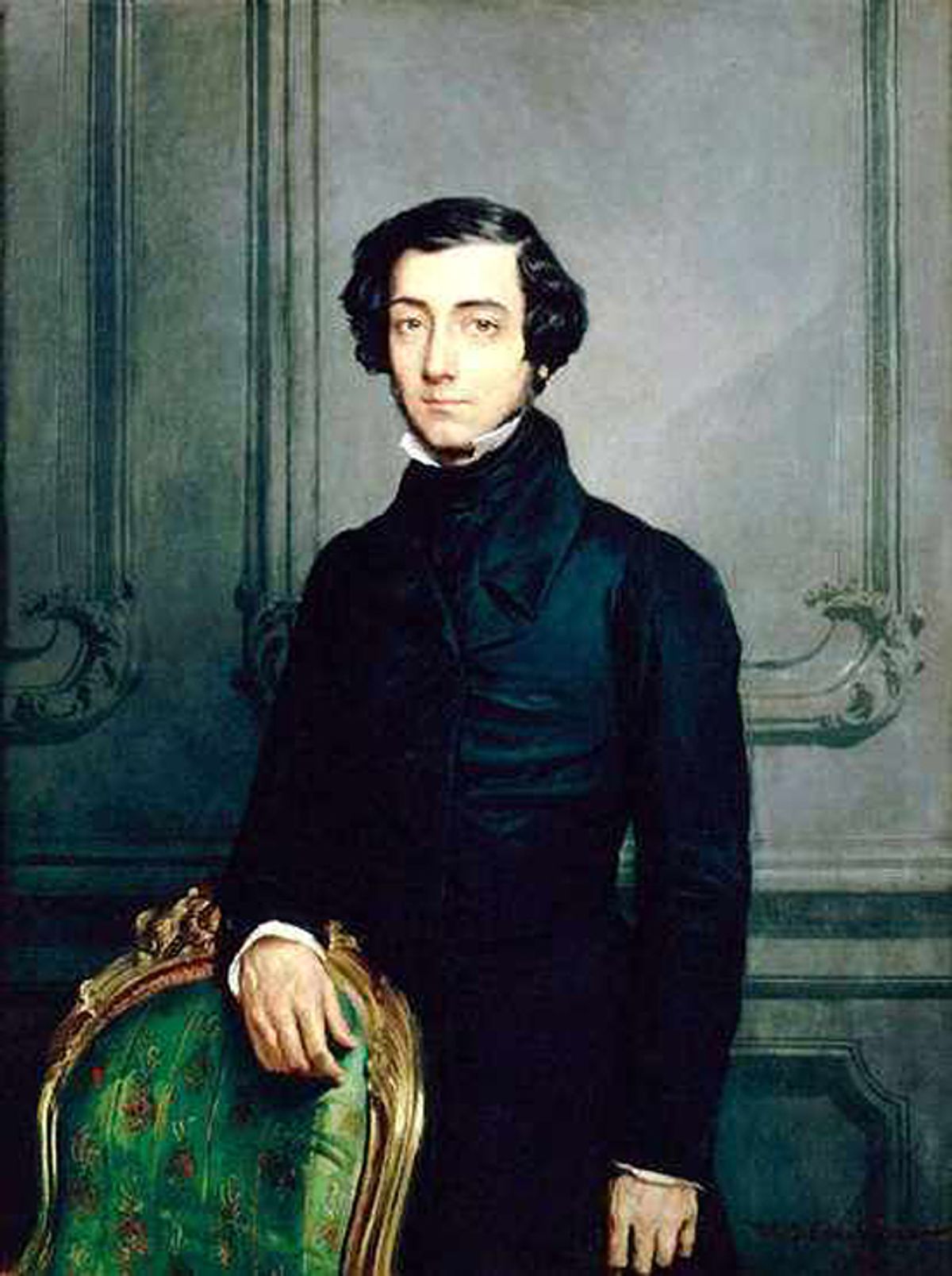 When Felix Salmon tweets, I listen. So while struggling to get up to speed on all the economic developments of importance that occurred while How the World Works was sweltering back East, I avidly followed his link to a gloom-and-doom Fortune opinion piece arguing that the Federal Reserve's announcement earlier this week that it would attempt to stimulate the flagging U.S. economy by buying Treasury debt would have dire economic consequences.

The author, Keith R. McCullough, is CEO of Hedgeye.com, a "research" firm specializing in "real time risk management for investors." McCullough's thesis is that the Fed's move portends a debt-to-GDP ratio that "could lead the country to the brink of collapse":

According to economists Carmen Reinhart & Ken Rogoff, whose views we share, crossing the 90 percent debt/GDP threshold is the equivalent of crossing the proverbial Rubicon of economic growth. It's a point from which it's almost impossible to return.

Fine. This is a popular argument among critics of government efforts to stimulate the economy. Bond investors, in aggregate, do not yet seem to agree with that thesis, as suggested by the low cost at which the U.S. Treasury can currently borrow money, but that's certainly no reason to be complacent. The bond vigilantes are fickle, and their mood could change swiftly. There seems little doubt that the U.S. is headed for uncharted waters.

But if I had any money to invest, I'm not sure Mr. McCullough's firm would be first on my list of choices from which to seek advice, at least judged by the quality of the research demonstrated in the construction of his own column.

In his effort to denounce Washington fecklessness McCullough finishes with a great rhetorical flourish:

Lest our doom and gloom seem built entirely on technical measurements, what they boil down to is actually quite simple -- an idea about our country which dates back to 1835. Alexis De Tocqueville, author of "Democracy in America," which was published that year, seemed to warn of this day when he wrote: "The American Republic will endure until the day Congress discovers that it can bribe the public with the public's money."

My recollection of Tocqueville was that he was more renowned for his analysis than his forecasts, and on a whim, I decided to try to find out whether the quote had any context. Certainly, a Google search revealed a myriad of libertarian-minded citations. But a text search for the word "bribe" in both volumes I and II of "Democracy in America" (via the Gutenberg project) resulted in nothing remotely like that quote. WikiQuote labels it a "misattribution."

This is a variant expression of a sentiment which is often attributed to Tocqueville or Alexander Fraser Tytler, but the earliest known occurrence is as an unsourced attribution to Tytler in "This is the Hard Core of Freedom" by Elmer T. Peterson in The Daily Oklahoman (9 December 1951): "A democracy cannot exist as a permanent form of government. It can only exist until the majority discovers it can vote itself largess out of the public treasury. After that, the majority always votes for the candidate promising the most benefits with the result the democracy collapses because of the loose fiscal policy ensuing, always to be followed by a dictatorship, then a monarchy."

Along with the completely bogus quote popularly attributed to Woodrow Wilson, in which the president on his deathbed supposedly lamented his creation of the Federal Reserve, I think we can safely relegate this Tocqueville attribution to the ranks of commentary that sounds so good to libertarians and conservatives that it must be true, even if it isn't. For tonight, at least, Ben Bernanke can sleep easy. Democracy may yet continue to exist for a few more years, or at least until November.