Torture, repealing the 14th Amendment, and psychic powers: The wise electorate believes in some strange things 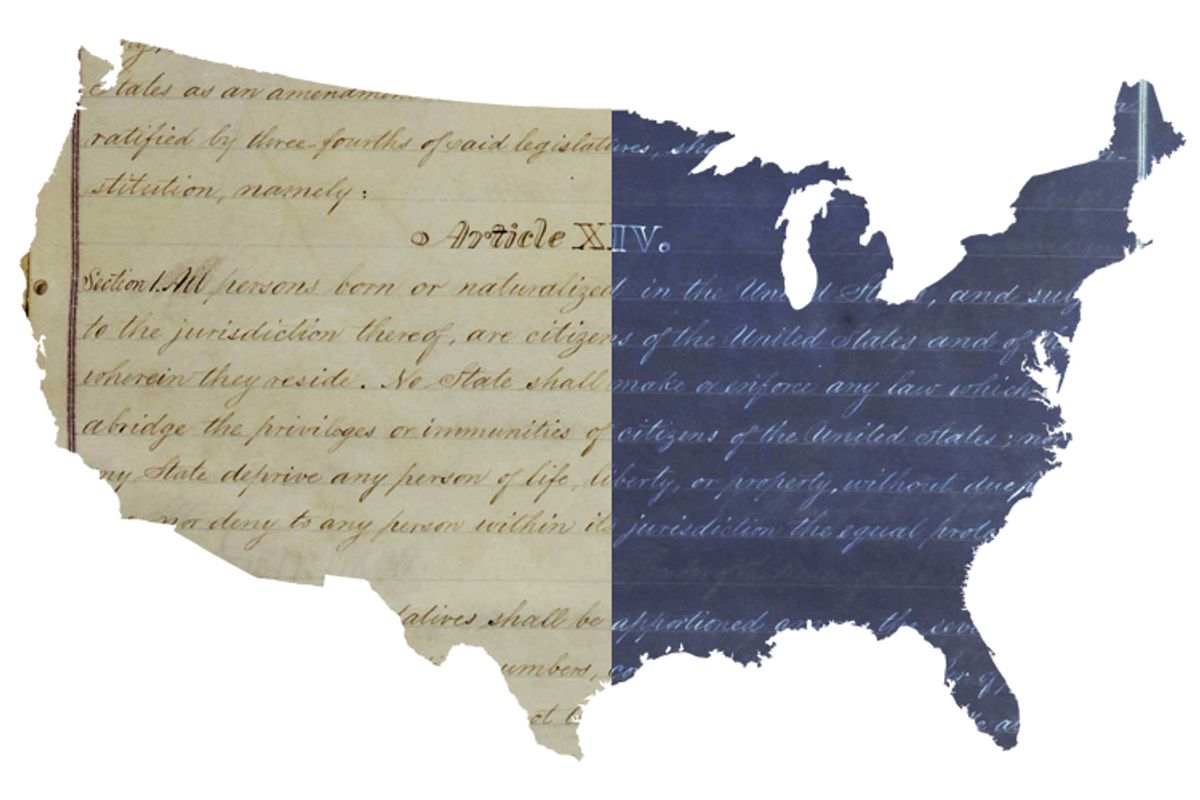 One of my favorite pieces of American political mythology is the legend of the magical center. The story -- most piously championed by Cardinal David Broder, though he is far from its only evangelist -- goes like this: Political battles occur between foot soldiers on either side of a neatly demarcated line. On one side are the conservatives, and on the other side are the liberals. There are some moderates among each camp, but the people who shriek the loudest and fight the hardest are partisan radicals -- and the only thing they have in common is that they are rude, coarse and just as incorrect as their opponents.

But there is one character in this whole schematic who is consistently, unerringly correct. That is the median voter, who stands between the parties and arbitrates their disputes. (And make no mistake, it is a he; probably a white, protestant middle-class dude from the Midwest with a pickup truck and an adoring family.) This man, representing most of the United States, occupies the magical center. His word is gospel.

Since it is in the magical center’s nature to reject extremist, fringe positions, one imagines the median voter would be appalled at the Republican Party’s recent eagerness to kill the 14th Amendment. After all, this latest salvo in the immigration wars is so xenophobic that even Tom Tancredo finds it a little too rich for his palate.

Yet according to a new CNN poll, this issue divides public opinion nearly straight down the middle. What to make of that? Either the magical center is itself wracked by internal disagreement, or it is much smaller than we imagined. Perhaps it doesn’t even exist.

A little context and perspective might help: It's worth noting that Americans are equally divided over whether torture is acceptable. Nearly half believe in psychic powers. And those who believe in evolution are, of course, still in the minority.

If you believe in the legend of the magical center, then perhaps these numbers have persuaded you that it’s perfectly reasonable to believe that we should torture the telepathic anchor babies who are fighting to keep intelligent design out of our biology classrooms. I’d like to propose a more plausible interpretation of these numbers: People are not logical. Quite a few of us -- even the registered independents! -- believe very strange, illogical things. It’s not that we’re stupid; it’s just that we’re human, and we don’t necessarily have the time or motivation to dedicate long hours to research and rational reflection on these topics.

That would be terrible news if the majority in each of these polls got to set policy in the relevant area. But fortunately for us, policy is largely set by a smaller crowd: the representatives we elect. Their whole job is to learn about these things, think them through, and then make decisions based on our best interests.

Unless that isn’t their job. After all, if you buy the legend, then to set policy counter to the magic center’s wishes is to commit the original political sin. The only virtue is supporting what "the people" want; no law or action requires any further justification.

Of course, what the people want isn’t formed in a vacuum. Recall that the CNN poll was taken only after the airwaves had been saturated with wild speculation about tiny little terrorist anchor babies who we would be powerless to prevent from becoming American citizens. Irrational, low-information decision-making is extremely vulnerable to manipulation through repetition and vivid imagery. Republicans employed both in order to get a thin majority on their side, and now they will point to that majority as the only justification needed for repealing the 14th Amendment. Anyone who disagrees will be an anti-democratic elitist, opposed to the popular will.

This isn’t a new strategy. They tried something similar with healthcare reform, for example, babbling about "death panels" and then crowing that they were on the side of the people when their misinformation campaign drove the bill's approval numbers down. That time, the ploy was just barely unsuccessful, but no one should be surprised that they’re trying it again. One can hardly blame them; transparent manipulation of public opinion will remain in style as long as the myth of the magic center stays intact.