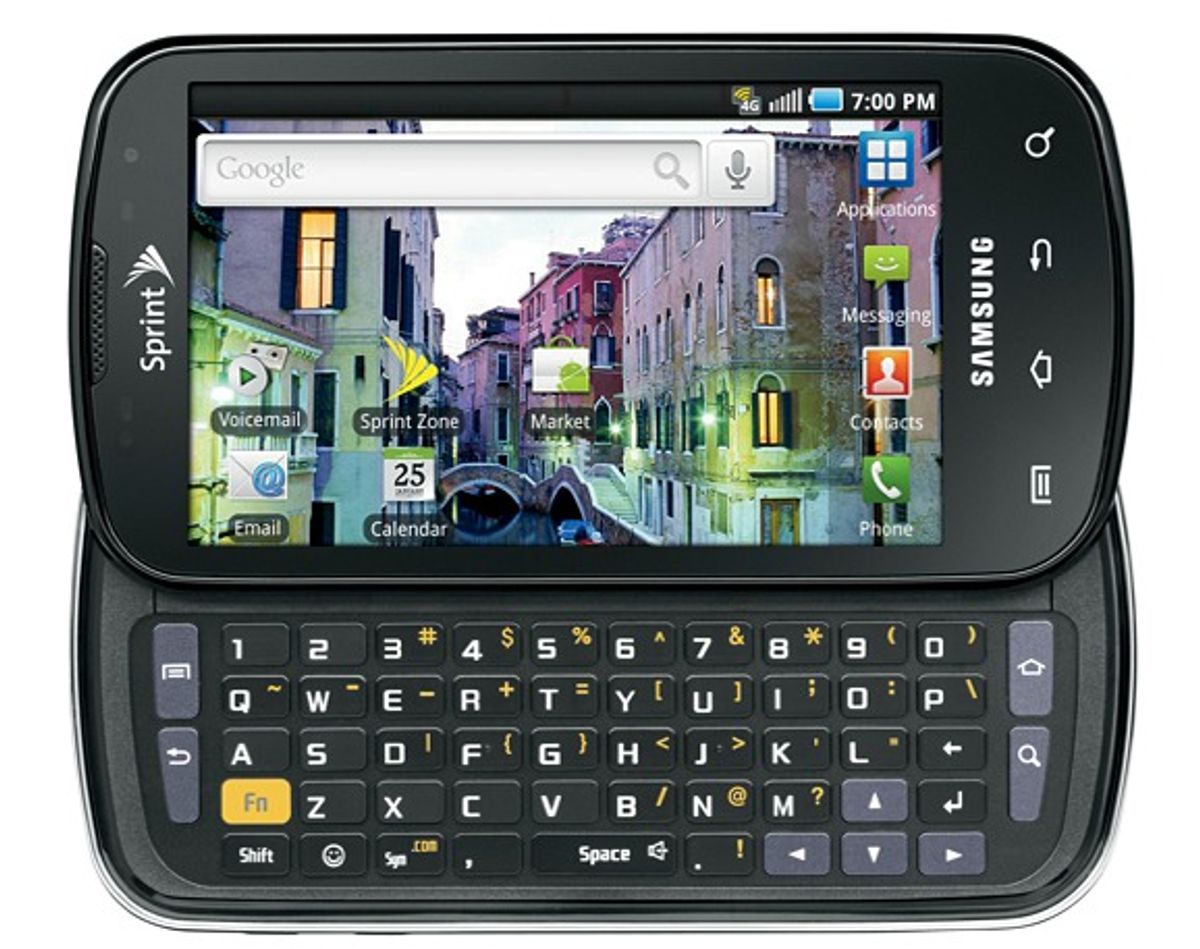 The Samsung Epic 4G goes on sale later in August and is available through Sprint.
--

Just in case the ubiquitous iPhone was getting on your last nerve, Google's Android-based handsets have arrived to knock Apple off its pedestal and make the world safe for other smart phones. According to a report by market analysts Gartner Inc., Android exploded in the second fiscal quarter, leapfrogging right over the iPhone to become the No. 1 seller in America and No. 3 in the world. Nokia and BlackBerry have the largest market shares planetwide.

Sales of smart phones in general rose 50 percent in Q2, and Fortune predicts phones will outsell PCs in short order. CNET details the rise in HTC device sales, and Fast Company takes a look at Motorola's weak results, despite its Droid phones.

In other smart phone news, India has reached the end of its rope with BlackBerry over monitoring within its borders, PC World is talking about the development of a phone for gamers, and ZDNet is covering the Samsung Epic 4G pre-orders that begin tomorrow.