While Germany's economy thrives, Greece crashes. This is not how the eurozone was supposed to work 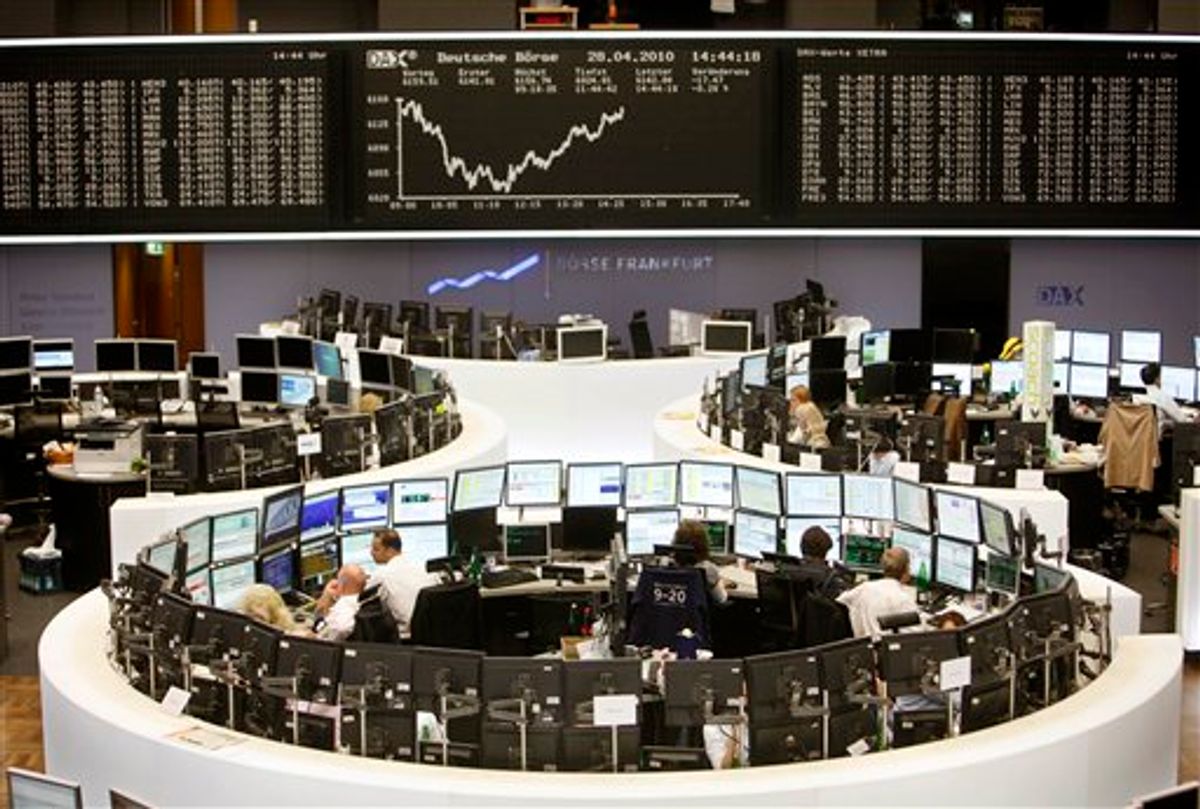 The different reporting conventions for describing GDP growth in the U.S. and Europe make for some ongoing headache-inducing cognitive dissonance. When I see in the headlines that the 16-nation "euro-area" recorded a "perky" 1 percent GDP growth rate in the second quarter, fueled by Germany's "turbo-charged" 2.2 percent surge, I am initially perplexed. In the U.S. we're all downcast because GDP growth in the second quarter initially came in at a sluggish 2.4 percent. What gives?

Then I remember that in the U.S., quarterly GDP numbers are reported at an annualized rate. So by U.S. conventions, the eurozone grew at around 4 percent annualized rate and Germany was charging ahead at a scalding (roughly) 9 percent. Now it all makes sense!

For a developed nation like Germany, which boasts one of the largest economies in the world, 8.8 percent annualized growth is truly eye-opening -- the fastest growth, reports the New York Times, since German reunification. And it comes as a bit of a surprise, given how much Sturm und Drang has been expressed in recent months about growth prospects in the eurozone. What ever happened to the fearsome European financial crisis?

Ah, but that's the beauty of the eurozone. One country can do fantastically, while others crumble into deep recession. The paradox inherent in the overall 1 (or 4!) percent growth for the eurozone is that beneath the surface number, the rift between the northern haves and the southern have nots is growing fast. While Germany rushed forward, Greece imploded. The Greek economy shrank by 6 percent (annualized) in the second quarter of 2009, and the worst is yet to come. Some analysts are forecasting 20 percent unemployment within a few years.

The Greek economy is tiny compared to Germany's, and by itself, Grecian woes do not threaten the global economy. But Spain and Portugal are inching forward at a snail's pace, and may yet flip back into recession themselves, as their own austerity measures kick in. They don't seem to be benefiting from German prosperity -- a fact that exposes the hollowness of the euro experiment. German economic growth, the Economist tells us, is built on top of exports to emerging nations like China, Brazil and India. But isn't the point of European economic integration to help countries like Greece, Spain and Portugal get a piece of that German prosperity? Right now, that's not happening. Germany better figure out how to spread the wealth, or its own good fortune could spell doom for the eurozone.

NOTE: As originally written, my GDP math did not take into account the wonders of compound growth.