The super-rich Florida Senate candidate is unhappy with the St. Petersburg Times' story on his real estate dealings 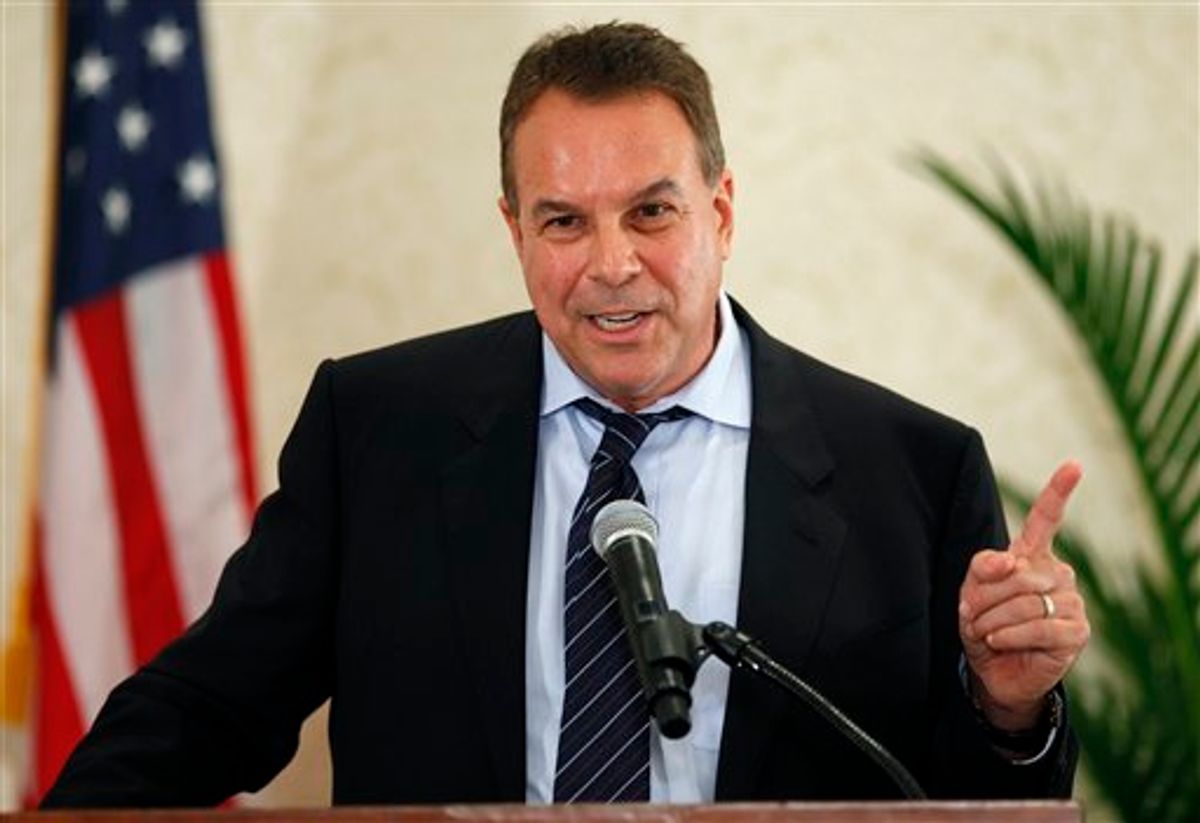 FILE - In this June 17, 2010 file photo, Florida Democratic Senate candidate Jeff Greene addresses the Florida Press Association and FSNE annual meeting in Sarasota, Fla. In the midst of one of the worst recessions in decades, a host of former corporate titans are spending millions in the quest for elective office, using their big bankrolls to push past the political machinery and overcome their own lack of experience. (AP Photo/Chris O'Meara, File) (AP)
--

Insanely wealthy "outsider" Florida Senate candidate Jeff Greene is really upset with the St. Petersburg Times, because it keeps printing stories about parties on his "mega yacht." So, he is going to sue the paper for libel, apparently.

The paper's Adam C. Smith does not really care, though, and so today he has a story on strippers and "massage therapists" boarding the boat during the wild summer of 2005. Plus one former yacht stewardess provided excerpts from her journal, describing "naked, drunken people everywhere" while the boat was in Sag Harbour in August of 2006.

Greene describes the woman as a "disgruntled" ex-employee. And he is probably right -- most of his former yacht employees seem very disgruntled, because he was a terrible boss.

Greene tends to get testy when reporters ask him about celebrity pals like Tyson and Hollywood madam Heidi Fleiss or what Vanity Fair called a Moroccan "love den" in one of his California mansions. Nor does he hide his annoyance when reporters ask him about former Summerwind employees describing the yacht as a party palace. Or about Summerwind allegedly damaging reefs in Belize or visiting the normally off-limits Cuba (first described as a Jewish humanitarian mission and later as a stop for repairs).

"There's a million people not working in Florida. Why are we talking about the yacht all the time?'' Greene said in a recent interview. "I care too much about my country to spend all my time talking about a yacht and Mike Tyson. Nobody cares about that except you."

I dunno, Jeff. I feel like people probably do care about naked parties on mega yachts. I mean, they probably care more about that than they do about your role in a massive, fraudulent real estate deal in California. Because the yacht thing is way easier to understand.