A history lesson from Elizabeth Warren 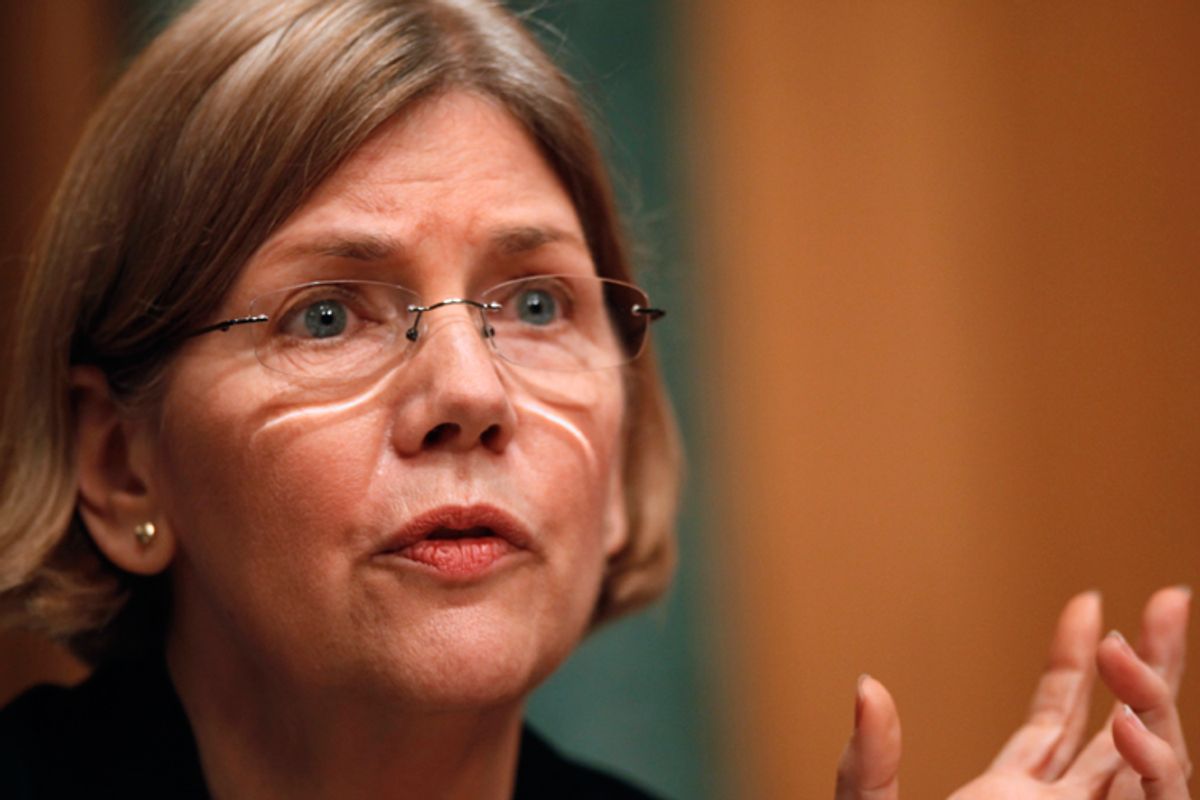 The headline on today's Elizabeth Warren profile in the Washington Post, "Elizabeth Warren, likely to head new consumer agency, provokes strong feelings," is titillating supporters of the feisty opponent of Wall Street. But while digging up an interesting handful of biographical nuggets to add to the growing corpus of Warren arcana, reporter Brady Dennis doesn't offer any meaningful evidence to support that prediction -- other than that Warren was spotted visiting the White House on Thursday afternoon.

Dennis also writes that to her opponents, Warren is a "power-hungry headline seeker ... a fiery zealot disguised in professorial glasses and pastel cardigans," but only backs up that overheated rhetoric with a nasty quote -- "I get disgusted every time I hear her speak" --  that was originally reported by Reuters a couple of weeks ago.

But we do get one choice little passage that may explain why some powerful Washington politicians might not be so crazy about the plain-spoken Oklahoman.

In a book she wrote with her daughter, Warren tells the story of how first lady Hillary Clinton vowed in a private meeting to help fight a bankruptcy bill pending in Congress that Warren warned would dismantle vital protections for families. President Bill Clinton subsequently vetoed the bill. But when the bankruptcy bill came back before the Senate in 2001, Sen. Hillary Rodham Clinton voted in favor. The lesson for Warren was that even a sympathetic ally could be swayed by wealthy special interests. "As New York's newest senator, however, it seems that Hillary Clinton could not afford such a principled position ... Big banks were now part of Senator Clinton's constituency. She wanted their support, and they wanted hers," Warren wrote.

Ouch! Maybe that explains why Sen. Chris Dodd keeps downplaying her chances to be confirmed as director of the Bureau for Consumer Financial Protection. When Warren writes her book detailing her adventures in Washington during the struggle for financial reform, those who attempted to water down her efforts to protect consumers are not likely to come out looking very good.