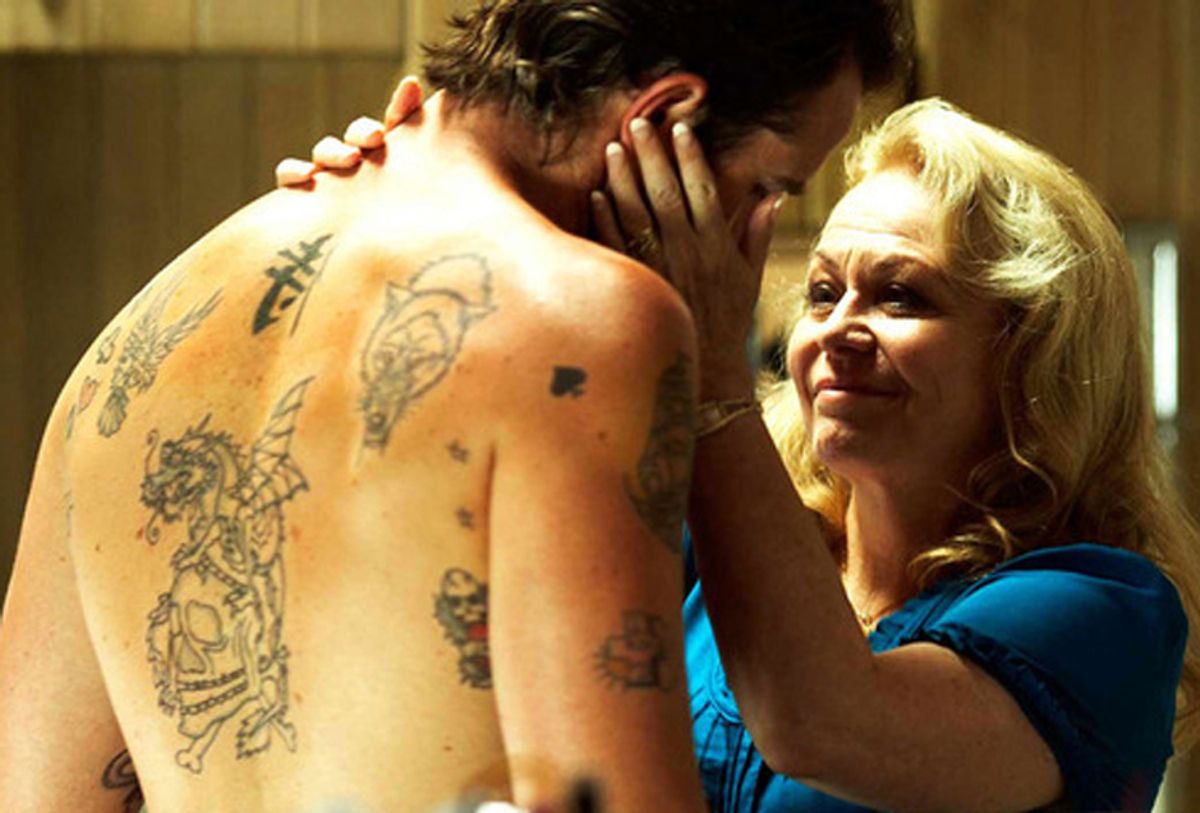 Melbourne, Australia, is a temperate city of sunshine and palm trees, with a climate not unlike that of Southern California or the Mediterranean. But the denizens of writer-director David Michôd's grim, deterministic crime drama "Animal Kingdom" are the people who live in its shadows. This isn't a film likely to have you hopping with joy about the future of humanity as you leave the theater; as the title suggests, Michôd depicts a realm of ruthless predation and survival. But it's a distinctive, ominous and hypnotic work of cinema.

"Animal Kingdom" opens with someone overdosing on heroin in a crappy apartment in front of an obnoxious game show, and ends with someone else getting shot through the head in the kind of bedroom where someone has left a naked mattress tipped on its side. This is criminal-class dinginess on an operatic scale, such that when 17-year-old Josh (newcomer James Frecheville) visits his girlfriend's modest, middle-class home, it seems like a paradisiacal level of luxury and order.

A big, handsome kid who seems gentle but has already learned not to give too much away, Josh has called the paramedics in that opening scene, when his mom won't seem to wake up. That event thrusts him abruptly into the care -- if that's the right word -- of his mom's notorious mother, Janine Cody (Jacki Weaver), matriarch of a Melbourne crime family who specialize in bank robbery.

There's already buzz around Weaver as a potential supporting-actress nominee, and I totally get it: In the pantheon of Really Bad Movie Moms, Janine holds a place of honor. A petite, 60-ish blonde with a strange glitter in her eyes, she kisses her boys lingeringly on the mouth, blackmails cops and orders ruthless hits on whoever she thinks is in her way, all while taking a casserole out of the oven or watching a variety show with a neighbor. Of all the predators Josh must outwit on his journey through "Animal Kingdom," she's the most dangerous.

That's definitely saying something when you consider that all Josh's uncles are dangerous thugs, and one of them, ferret-faced Uncle Pope (the chilling Ben Mendelsohn), is more like a deranged sociopath. Then there's the fact that Melbourne's cops, or at least the armed-robbery unit, are a bunch of cowboys undermined by corruption who'd rather shoot a suspect and plant a gun on him than go through that whole boring arrest-and-prosecute nonsense.

When one of the Cody gang meets exactly this fate, two of Josh's uncles concoct a coldblooded revenge scheme -- one of several scenes in "Animal Kingdom that are pretty tough to watch -- which implicates Josh in one of their worst crimes, and also thrusts Nicky (Laura Wheelwright), his uninvolved girlfriend, into mortal danger. All this draws the attention of Detective Leckie (Guy Pearce), a lean, mustachioed family man who plays an ambiguous and intriguing role in the drama. On one hand, Leckie is an honest cop, which is evidently rare in this town, and believes that Josh can be saved from his uncles' likely fate. But as he admits, his interest in the youngest and most vulnerable of the Cody clan is a means to an end, a wedge to drive through the family's wall of silence.

As Josh struggles to work out his own place in the animal kingdom's food chain -- the metaphor is supplied to him by Leckie -- Michôd and cinematographer Adam Arkapaw keep us trapped inside the gloomy Cody bungalow, or in bars and strip malls and crooked lawyers' offices. On the rare occasions these cornered, feral characters go outside by day, the Southern Hemisphere sunlight is almost bone-white and colorless. This isn't one of those Tarantino-esque crime movies with a lot of irrelevant nattering; whenever one of the Codys starts talking, nothing good is likely to come of it.

Confronted with a terrible betrayal by the creepy and sinister Uncle Pope, Josh naturally turns to Leckie for protection, but I'll go no further than that, except to say that Michôd's tale has a few bleak and unexpected twists before reaching its conclusion. If "Animal Kingdom" were theology, it might be a depressing grade of Calvinism, arguing that we are born with few choices and that those rapidly burn away down to a single imperative. Brilliantly acted and intensely crafted, this movie will alienate some viewers and enthrall others, but it won't soon be forgotten.

"Animal Kingdom" is now playing in New York and Los Angeles, with wider release to follow.