A tender coming-of-age yarn set in a closed Catholic community, with illicit sex and demons 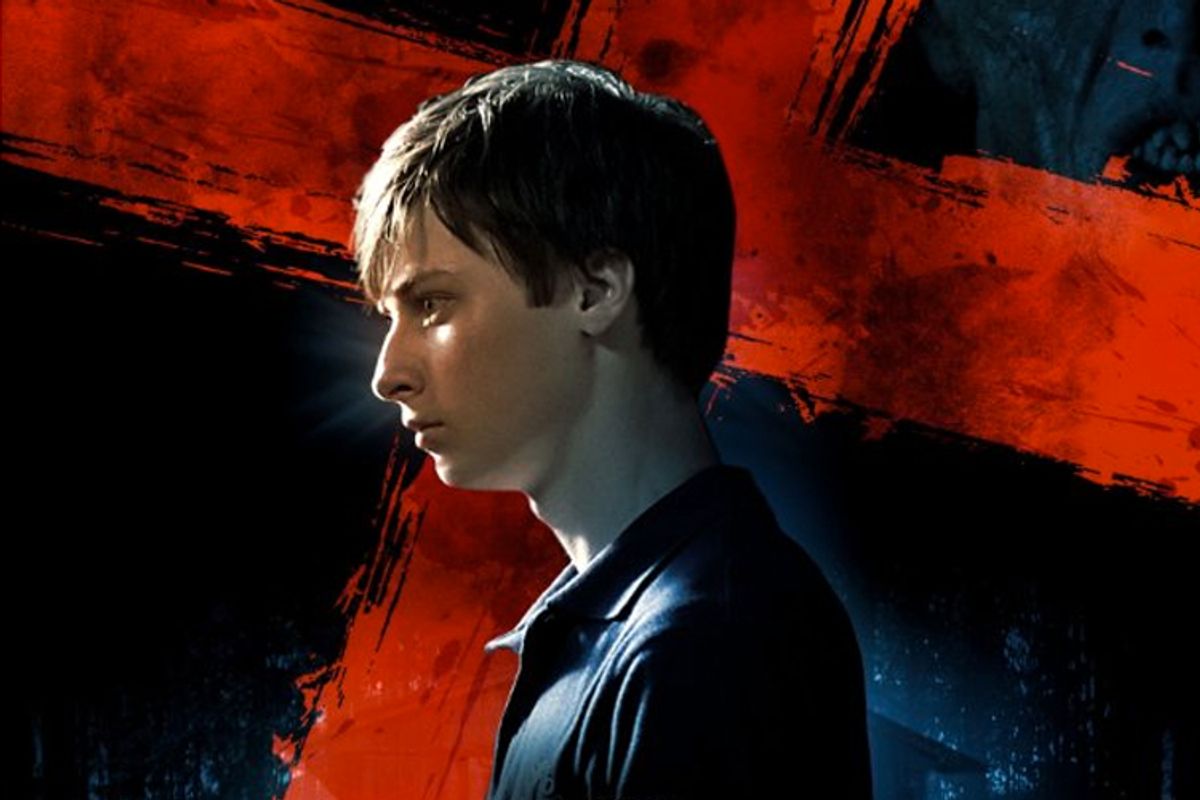 A detail from the "Camp Hell" poster
--

Here's the secret to making powerful horror movies, oh aspiring filmmakers: Actually mean it. I don't mean that you have to believe that the Candyman's really going to come through the mirror and rip off kids' faces. But the terror and the emotion, the confusing blend of sexual lust and the fear of death, that's got to come from someplace real. Consider "Camp Hell," the writing-directing debut of George VanBuskirk, a classic low-budget offering about a demon-haunted summer camp.

This movie displays no particular technical expertise, is low on action and blood, and features an odd, mismatched cast: One-time Brat Packer Andrew McCarthy as a stern, religious dad! Desperate Housewife Dana Delany as his wife! One-time Oscar nominee Bruce Davison as a leonine, sin-obsessed priest! Jesse Eisenberg in a two-minute cameo! (That one I can't explain.) But the thing is, this yarn about a cloistered Catholic community's ambiguous tangle with E-V-I-L has some real pain and yearning to it, most of which doesn't have much to do with supernatural bad guys.

Teenage Tommy  (Will Denton) is a bookish kid who's reading Dante and having some very scary dreams. He'd probably rather spend the summer getting to know his adorable girlfriend, Melissa (Valentina de Angelis), a little better. But both their families — McCarthy and Delany play Tommy's parents — belong to a "covenant community" in the New York suburbs, meaning a tiny subgroup within the Roman Catholic Church that has sworn to resist and reject the outside world, especially in its pop-culture and youth-culture forms. So Melissa and Tommy and the community's other kids are shipped off to Camp Hope, an oasis of totalitarian wholesomeness and daily prayer presided over by the oddly roguish Father Phineas, played nicely by Davison as the movie's unpredictable moral vector. He seems strikingly interested in hearing about "sins of the flesh" and seems to have a prior history with "demonic oppression" (which is like the bush leagues for full-on possession).

[UPDATE: The character Tommy and the actor who plays him were incorrectly identified in the first version of this review. Apologies to all concerned.]

I know nothing about VanBuskirk's background, but either he or somebody he knows well went to one of those camps, because all its details, from the girls' ankle-length skirts to the chummy banality of head counselor Christian (Christopher Denham) are totally convincing. Although the introspective and tormented Tommy doesn't enjoy life within this community anymore, it still feels like home in many ways. If he and Melissa, in spectacularly breaking the rules against one-on-one boy-girl contact, are providing Satan's minions with a way to destroy Camp Hope, he really does feel bad about it.

If the growling demons in the woods, moving statues in the camp chapel, and mysterious pools of blood seem more like murky religious allegory than the work of the Horned One, they're still enough to lend "Camp Hell" a little ludicrous, enjoyable horror-movie sizzle. Maybe all VanBuskirk has done is take a standard coming-of-age tale, a yarn about Holden Caulfield trapped in culty Catholicism, and toss in a few oozy effects and garbled Latin chanting. In the depressed and depraved landscape of contemporary horror, when the old-fashioned B movie has mostly been abandoned, I'll take it.

"Camp Hell" was originally scheduled to open on Aug. 13, but the release has been indefinitely postponed. We'll try to keep you posted.