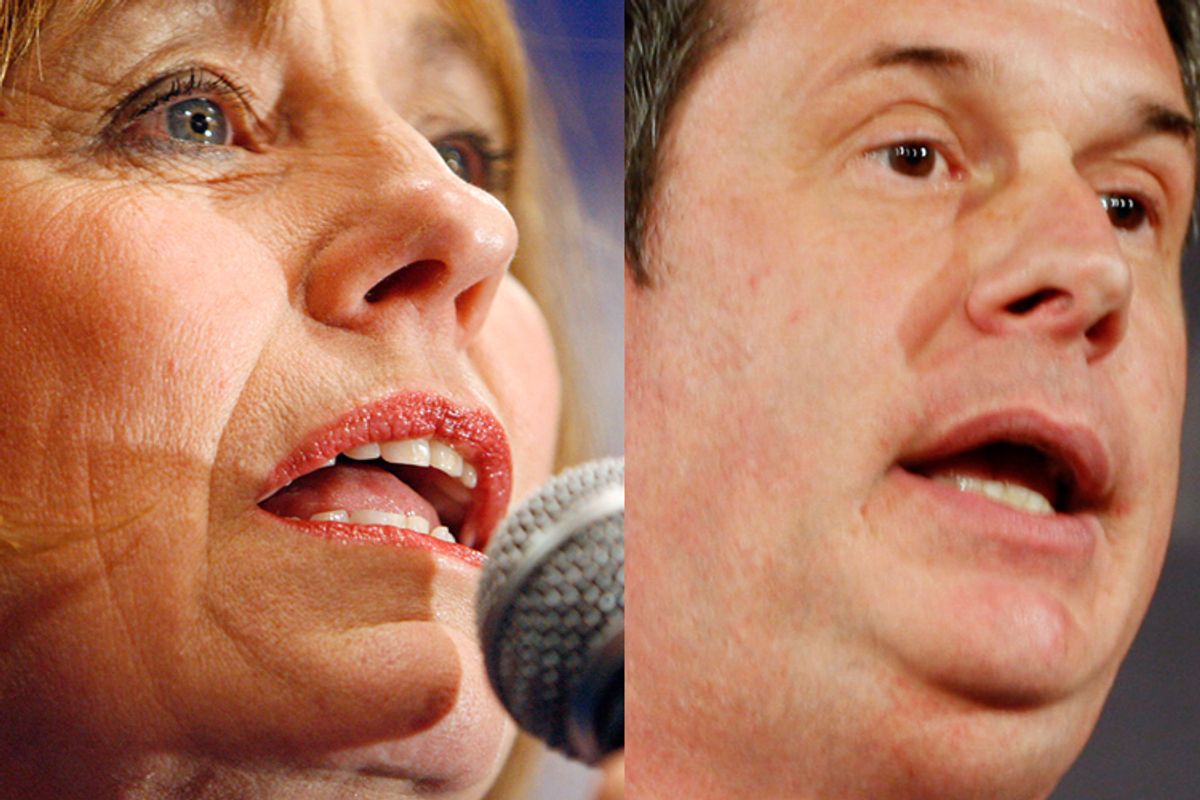 Over the weekend, Barack Obama attempted to explain that there is no legitimate constitutional method by which the government could or should block the construction of an Islamic community center in lower Manhattan. (He also added that one could refuse to endorse the use of the arm of the government to block construction of said community center without explicitly "supporting" the construction, but that point was a bit academic and just served to confuse the issue further.) Now that the president has weighed in, we get to hear from even more people who have very important opinions on what should've never become an issue outside of some sparsely attended community board meetings!

Sharron Angle, a holy warrior on a Blues Brothers-esque mission from God to defeat Harry Reid, basically made Obama's argument, almost exactly, while attacking him for loving Muslims.

"Our forefathers made it very clear in the U.S. Constitution that people of all faiths have the right to practice their religion here in America. As with all religions, Muslims have the right to worship in New York or Nevada or any state in our nation.

However, by supporting the construction of a mosque at Ground Zero, President Obama has once again ignored the wishes of the American people, this time at the expense of victims of 9/11 and their families.

So... while Muslims enjoy the same constitutional protections as all the rest of us, the president is wrong to not be upset about that fact. I think.

Harry Reid has not yet said anything on the subject, in part because he, like most prominent Senate Democrats, is a political coward, and also because it has literally nothing to do with Nevada.

Another state where the construction of an Islamic community center in lower Manhattan won't affect a single soul is Louisiana. Senator David Vitter had this to say:

President Obama's support of building the mosque at Ground Zero is a slap in the face to the American people and I've demanded that President Obama reverse his position.

(A slap in the face! Vitter might've been more forgiving had Obama just held the American people hostage at knife-point for 90 minutes.)

At least birther queen Orly Taitz is being more proactive than Vitter and Angle with her opposition to the Cordoba House! She is calling on her followers to erect a pig's head at the shuttered Burlington Coat Factory building, which will put an end to this whole mess.